Where will Macedonia go? Left, Right or Straight to NATO?

Home Commentaries Where will Macedonia go? Left, Right or Straight to NATO? 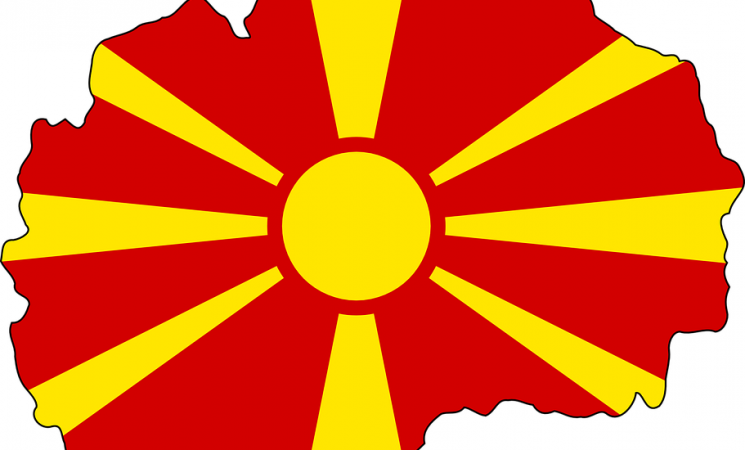 NATO’s door remains open to any European country in a position to undertake the commitments and obligations of membership, and contribute to security in the Euro-Atlantic area. Since 1949, NATO’s membership has increased from 12 to 29 countries through seven rounds of enlargement. Currently, three partner countries have declared their aspirations to NATO membership: Bosnia and Herzegovina, Georgia and Republic of Macedonia.

But what is the cost to enter NATO?

The last country that joined the club was Montenegro. Is the Republic of Macedonia next?

NATO’s “open door” policy is based on article 10 of its founding treaty, which means that any decision for inviting a country to join the club depends on the Alliance Council. At the same time, any country can block the entrance of another country, if there is a certain issue that needs to be solved.

NATO’s first entrance in Macedonia was in 2001 with "Operation Essential Harvest”- with the aim to collect voluntarily surrendered weapons from insurgent ethnic Albanian rebels. The mission was very successful and together with the efforts of the International Community (IC) resulted in the cessation of hostilities between the Former Yugoslav Republic of Macedonia regular forces and insurgents. The armed insurgency was a manifestation of discontent among the ethnic Albanian community and required more than disarmament. Consequently, the Ohrid Framework Agreement followed, which brought greater rights for the Albanian community and hopes of guaranteed peace for the entire country.[i]

Since that, there is a constant presence of NATO troops in Macedonia, and it is fully committed to help with implementing and adaptation of NATO standards. On March 31, Operation Allied Harmony, NATO’s peacekeeping mission in Republic of Macedonia, was officially handed over the European Union.

Republic of Macedonia has been assured that it will be invited to become a member as soon as a mutually accepted solution to the issue over the countries’ name has been reached with Greece. Next year, or to be more precise, in 2018 Republic of Macedonia will celebrate 10 years from the Greek veto on the Bucharest Summit. So what changed after that?

For almost 11 years Macedonia was Right, and that did not bring any positive change on the wheel towards NATO.

The long-running name row has been the single biggest impediment to Macedonia’s integration with the west. Greece argued vehemently that its northern neighbor’s nomenclature conceals territorial ambitions over the eponymous Greek province that lies directly to the republic’s south. In nearly three decades of often bitter public exchanges, Athens has frequently accused the country of indulging in cultural theft, saying the predominantly Slavic state has deliberately appropriated symbols and heroic personalities from ancient Greek history to buttress its claim to the name.

Solutions were brought by Matthew Nimetz[ii] but nothing was acceptable for both Governments. The name issue was used for getting political points in the home countries with playing the “blame-game” and the only ones that did not win are Macedonians. With this issue, the neighboring diplomacy got cold.

The new Macedonian Government is quite optimistic towards finding a solution over this issue. The new prime minister, who comes from the Social–Democratic Party, said he wanted the small but strategic nation to join NATO and the EU “in the shortest possible time”[iii]. Macedonia, he suggested, could participate in both under the provisional name it currently uses at the UN – FYROM or the Former Yugoslav Republic of Macedonia. “We will try all possible measures to move Macedonia to membership,” said the pro-European prime minister standing alongside NATO’s secretary-general, Jens Stoltenberg.

But does that mean name change?

Any solution that on whichever way may harm the sovereignty of the country would not be acceptable for Macedonian people. Although there is a will and positive feedback from both, Greek and Macedonian governments, their nations should be the last that should accept or oppose.

Macedonia needs to join NATO as soon as possible. That would create stability and prosperity in the Balkans, but will also open new chapters towards the European Union. The nationalistic feeling may decrease if people begin to feel more European than a nation that everyone wants to destroy, regardless if that is by name change, territorial pretentions or other ways. Furthermore, that could help other neighboring countries to improve their foreign politics towards its neighbors by creating a base of communication and negotiation in order to find a solution on a given issue.

After all, the solution may come by mid-2018. The EU Summit in June and the NATO Summit in the beginning of July is an informal frame that could end stubborn nationalistic politics.

But what will that cost us and who will pay the price, we will see.

Previous article Bosnian and Herzegovinian political system: "It is complicated" Next article What now? A summary of the local elections in the Republic of Macedonia 2017

Nadica Angjelkoska holds a Bachelor's Degree in Security and Financial Control from the University in Ohrid, Macedonia. She upgraded her studies in Bremen, Germany, studding EU affairs. She is not an active member in any political party, but she considers herself as a liberal. Her biggest interests are EU Diplomacy and Politics and its impact on the Balkan region. She has been active in various NGOs, mainly for the youth integration in society and youth issues. Now she is focusing on her other topic of interest, which is terrorism and radicalism in Macedonia.