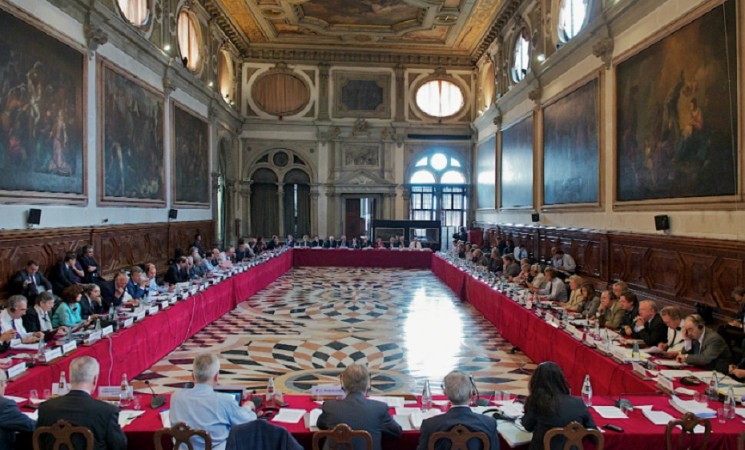 As part of a worrying trend in Central and Eastern European countries, Romania fell under the scrutiny of the Venice Commission due to its controversial amendments of the Criminal Code, the Criminal Procedure Code, and the laws governing the status of magistrates, judicial organizations, and the Superior Council for Magistracy.

The legislative changes arrived on a background marked with political tension. While Romania’s progress in the fight against corruption has been praised, this last year brought with it many setbacks. A number of acquittals in high profile cases, as well as the disclosure of a cooperation between intelligence services and magistrates has cast doubt upon the anti-corruption fight. These reforms were thus argued as necessary in order to bring Romanian legislation in line with several decisions of the Constitutional Court, as well as European legislation.

Adopted in a hurry and lacking the benefit of proper scrutiny from both Chambers of Parliament, the new legislation aroused criticism both at home and abroad. The clash over these amendments is not only political, but also institutional, with the President, the High Court of Cassation and the Prosecutor General setting themselves against the Parliament. President Klaus Iohannis attacked the legality of the process in front of the Constitutional Court and requested an investigation from the Venice Commission.

The Venice Commission reports on the Criminal Code and Criminal Procedure Code, as well as on the amendments to the three organic laws were published on October 20th, after a consultation of the Commission’s delegation with various Romanian representatives. While taken separately, most of the amendments are not exceedingly harmful, altogether they point towards an increased political interference in the judicial process and an attack on the judiciary’s independence. The public debate has focused especially on the effects of the new legislation on the fight against corruption, but the Commission also points out that the new provisions would have broader implications for the functioning of the criminal justice system in Romania, especially on the prosecution of serious and complex crimes.

Thus, the Criminal Procedure Code amendments which impose higher evidentiary thresholds and a reduction of statutes of limitation make the job of the prosecutors more difficult. Another strain placed upon the magistracy is the new retirement scheme. Combined with a rising number of years reserved for training, the introduction of an early retirement for magistrates would have the effect of severely diminishing the ranks. The emergency ordinance which postpones the law until 2020 is thus a welcome reprieve.

A change praised by the Venice Commission is the removal of the President from the process of appointing and dismissing judges. Instead, the SCM (Superior Council of Magistrature) gains exclusive competence. On the other hand, the reduction of the President’s role, as well as that of the SCM in the appointment of high-ranking prosecutors, gives undue influence to the Minister of Justice. This move also reduces the independence of prosecutors, which is especially worrying in the context of anti-corruption and makes the process entirely political.

Another aspect which drew considerable criticism was the redefinition of abuse of office. By opting to restrict the definition of public servant, the new Romanian legislation not only goes against European precedent, but also excludes many from criminal culpability. The scope and the penalties for the crime of abuse of office have thus been drastically reduced. By only considering material benefits obtained as relevant evidence, the new provisions decriminalize instances when a public servant could abuse his office to gain non-material benefits such as increased influence. Also, by only scrutinizing close relatives, relationships with third parties which lead to abuse of office are also decriminalized, which is nonsensical. Just as questionable is the requirement that “an effective and ascertainable material damage higher than the equivalent national minimum gross wage” must be established. Many specialists working in the field regard this move as a de facto decriminalization of instances of abuse of office.

As mentioned already, emergency ordinances which address some of these problems have already been issued. The early retirement scheme for judges was postponed until 2020 and a framework was established for the functioning of the new Section for Investigation of Criminal Offences within the judiciary. Far from offering peace of mind, these emergency ordinances showcase the worrying tendency of Romanian legislators to bypass the full parliamentary process and adopt laws by using shortcuts, thus doubling down on the accusation of lack of sufficient democratic consultation and transparency. Finally, it cannot be ignored that the Parliament has adopted these controversial amendments to the criminal codes while they will directly affect pending judicial proceedings in which some parliamentarians are involved.