Resurgence of Geopolitics in the Western Balkans – Is the EU's Dominate Role Diminishing?

Home Commentaries Resurgence of Geopolitics in the Western Balkans – Is the EU’s Dominate Role Diminishing? 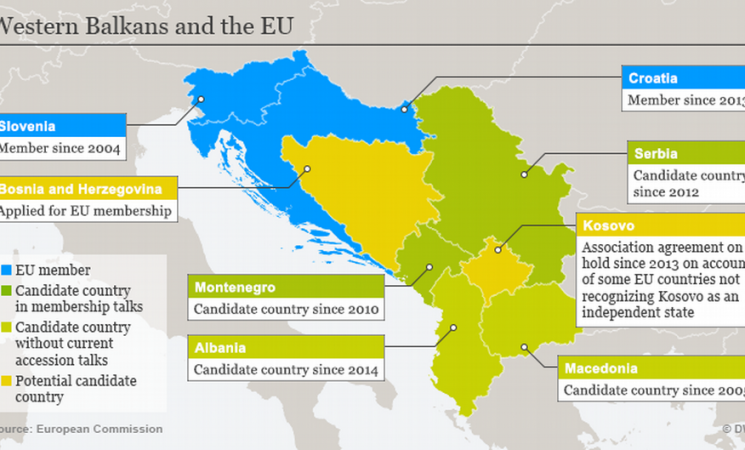 After more than a decade of unrivalled influence and role that the EU had in the Western Balkans[1], the last two years saw some old and some new actors looking to strengthen their presence in the region. Russia, Turkey, Gulf countries and especially China are trying to both politically and economically affirm their position and to try to use the recent crises which shook the EU to its core. The most striking is the fact that the EU, having to face many problems within its borders, has shifted the focus from the Western Balkans (in further text WB), which can be regarded as a mistake that the EU is now unwillingly trying to amend.

Even though all countries in the region have set for one of their main goals in foreign policy to become EU member states, the insufficient EU support and lack of much needed institutional help have backslid the region and thus the dates of accession are going further into the future than previously predicted. One is not to say that the EU didn’t allocate pre-accession funds and helped the region in numerous vital infrastructure projects, but the role of other interested countries has been at least noticeable, if not at the same level as the EU. The lack of political control and dissemination of democracy led to a more autocratic and illiberal region, despite all the economic efforts and infamous role of neoliberalism.

What strikes the most is the fact that geopolitics have seen a resurgence in the region, because of the vacuum left by the EU. After the civil wars and unrests during the 90’s, as well as toppling of the Milošević regime by widespread protests during October 2000, the region has almost completely shifted towards the West. Of course, that was just the climax of the long-term mission the USA to exert its influence on the region, which was just another piece needed to be gained in the big chess game called Eurasia. As one of the so called Rimlands[2], the WB region was one of the missing puzzles to complete its quest for worldwide power and a unipolar world order. Who owns the Rimlands, owns Eurasia, and therefore owns the world. The US became prevalent, with a strong military presence and clear political influence, which they steadily transferred to the EU.

The dominance of the West was therefore firmly strengthened. It should be then of no surprise that the EU gave candidate status to four (Montenegro, Serbia, FYROM, Albania) and sees to give the same status to BIH and potentially Kosovo in the future. Therefore, this shows that the WB countries believe that accession to EU is the only way towards economic prosperity and political stability. The region needed guidance and fostering to become a new nestling ground for liberal democracy, and that job was handed over to the EU. Unfortunately, with its focus being shifted to more immediate threats and crises (Brexit, migrant crisis, Eurozone crisis, Greece, unemployment…), that pivotal role of patron has almost been lost, and other countries have, as we already elaborated that with the resurgence of geopolitics, taken its place. Be it for the better or worse, other actors have somewhat economically boosted the region, but at the same time influenced the regression of democratisation and overall stagnation in the EU accession process.

Russia is investing in Serbia’s military, infrastructure, agriculture; the volume of trade is at an all-time high, with further ventures such as gas supply firmly trying to exercise as much influence to keep its interests anchored in the Western Balkans. Since Russia lost the “battle” for a warm sea port in either Montenegro or Albania, Serbia is currently its last straw to which they desperately need to hang on if they want to be relevant in the region. Russia still sees priority in exerting political interest in the region (alleged coup attempt in Montenegro, support for nationalist Gruevski in FYROM, efforts to advert the WB region from entering NATO and EU[3]). This collusions may led to the EU becoming more interested in the region, as some WB countries were even barely fulfilling the Copenhagen criteria, especially rule of law and democratic values. Russia will try to remain present in the region by all means, which indicates that it will continue to seek failures of the EU and US policies for the WB region. Shared history, culture and values somewhat entitle Russia to have a say in the region, since countries change but interest stay the same. NATO has dwindled the Russian interests in both Montenegro and Albania, despite huge investments and resources being allocated towards these countries, which didn’t work out. Many privatisation and projects done by the Russian companies (and oligarchs) were followed by huge controversies and sometimes scandals. But, as aforementioned, if any indication of a possibility that the EU or NATO marginalise the region, Russia will immediately become again present.

The Balkan rimland will be up for grabs, if the US truly follows a more protectionist and isolationist approach to international relations as proposed by the Trump administration, and if the EU is again shocked by a new crisis. Only a stable and determined EU policy towards the WB can prevent new turmoil and political unrests in the region, and that is why the EU must supervise the changes in legislation and the adoption of both the acquis and the shared principles and values.

China on the other hand, doesn’t seek, at least so far, to share its political ideologies, as much as it endows to invest and develop the region with huge infrastructure projects and affordable loans from its state-owned banks. Even though the “One Belt, One Road” initiative could be regarded not only as a gigantic economic venture, but as a geopolitical project to boost China’s influence throughout the Heartland[4], and affirm its position as a new super power in the increasingly multipolar world. But so forth, China sees no interest in interfering politically in the WB region, since trade deals and projects such as the Bar-Boljare motorway in Montenegro, Belgrade-Budapest high-speed railway, energy projects in BIH and acquisition of Tirana Airport in Albania pave the way for an eminent and visible presence for decades to come.

Turkey is trying by both economic and cultural ties to strengthen its role, therefore many commerce and trade projects, as well as construction and renovation of numerous cultural and religious buildings and ties. The Gulf states, most notably UAE and Saudi Arabia are present as well, with the first investing in tourism and business ventures, and the latter more investing in creating strong cultural ties. A great indicator of how the UAE is involved in the WB affairs is the data that this country ranks first in direct foreign direct investments in Montenegro, and that is constructing one of the biggest projects in Serbian history, the Belgrade Waterfront.

To conclude, one thing is for certain. Presence of geopolitics in the WB region is again quite noticeable, and now the region is facing dilemmas regarding who will aid them politically and economically in their long-lasting road to prosperity and stability. EU accession is still the main objective for all WB countries, but the presence of other actors is and will give the WB countries more leverage and choice for future endeavours, projects and relations.

[1][1] Western Balkans, a geographic and geopolitical term associated with the following countries: Montenegro, Serbia, Bosnia and Herzegovina, FYROM, Albania and Kosovo (recognized by 111 UN members, 23 out of 28 EU members, still not a full UN member).. 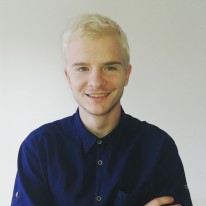 Vasilije Krivokapić graduated and completed specialist studies at the Faculty of Political Sciences in Podgorica, in the direction of International Relations. As a former member of the student organization MAPSS (Montenegrin Association of Students of Political Science), he participated in numerous projects, most of them being the EubyCitizens project funded by the European Commission. He is engaged as an intern in the Politikon network.