Bulgaria and the Imminent Conclusion of CVM Monitoring

Home Commentaries Bulgaria and the Imminent Conclusion of CVM Monitoring 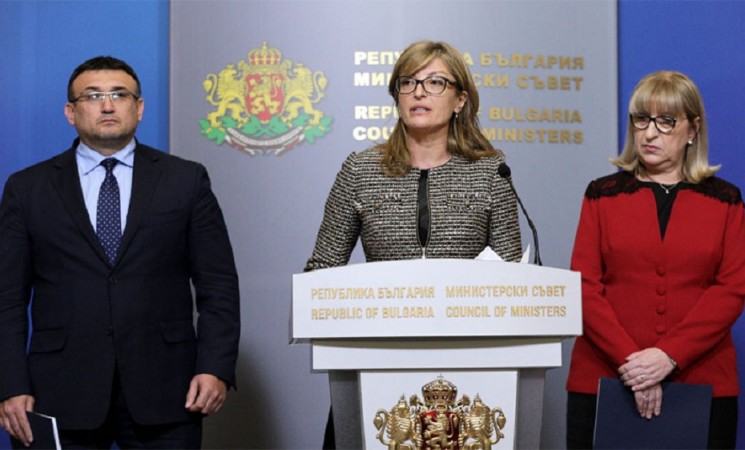 Established in 2007, after Bulgaria and Romania’s accession to the EU, the Cooperation and Verification Mechanism (CVM) evaluates the progress made in the fields of judicial reform, fight against corruption and organized crime. More than ten years later, Bulgaria is finally on the cusp of concluding this monitoring. The Commission regularly assesses Bulgaria’s progress on six benchmarks: judicial independence, legal framework, continued judicial reform, high-level corruption, corruption in general including local level and borders, and organized crime.

When taking stock of 10 years of CVM, the November 2017 report also outlined 17 additional recommendations to be heeded by Bulgaria. The newest CVM report, released in November 2018, notes the progress made and reinforces the hope that the CVM will be concluded by the end of this Commission’s term. The past year’s governmental stability in Bulgaria has greatly helped the reform process.

Thus, three benchmarks have been declared provisionally closed: judicial independence, legal framework, and organized crime. The election of the new Supreme Judicial Council, as well as the appointments of new heads to judicial bodies have both demonstrated a fair and transparent process, based on competition and meritocracy. While more job competitions are still in progress, the judicial independence benchmark has been declared provisionally closed anyway. Targeted amendments to the criminal code and the criminal procedure code have tried to address previously identified shortcomings in these areas. Another important change in the area of legal framework is the transfer of high-level corruption cases to the Specialized Court for Organized Crime, which has also received additional resources to deal with the growing workload. Finally, on organized crime, Bulgaria has addressed the previously expressed concerns about ensuring transparency of reporting and amending the legislation on asset forfeiture and has thus satisfactorily fulfilled benchmark six.

Concerns still remain about the other three benchmarks, but they are expected to be closed next year as well. The judicial reform strategy launched in 2014 is set to conclude in 2020 and has brought a steady pace of change. Initiatives to redistribute the workload of the busiest courts have also been taken. These short-term managerial strategies to alleviate pressure on the busiest courts will need to be complemented with a long-term structural reform to ensure an effective and efficient judiciary. In January 2018, Bulgaria adopted a comprehensive reform of its anti-corruption legislation. The establishment of a new, unified anti-corruption agency with competence to carry out surveillance and intelligence measures has been noted as a positive. Still, Bulgaria must show further improvements on an oft criticized aspect: its lack of a coherent track record of convictions in high-level corruption cases. On corruption in general, the country has made significant progress. A key risk area identified by previous reports was that of public procurement. Bulgarian authorities have thus introduced a procedure of ex ante checks, as well as launching a recommended external review of the new system. The review is conducted in cooperation with the World Bank and should be concluded in early 2019, allowing for the closing of benchmark five.

Overall, Bulgaria seems to be on track to concluding CVM monitoring next year, which will in turn pave the way for the country to join the Schengen area. This will also provide the occasion to evaluate the impact of the CVM and assess whether it is an effective post-accession framework for further conditionality or just a one-off band-aid to apply to two countries whose accession to the EU was, perhaps, rushed.