A view of Albania under a pandemic

Home Commentaries A view of Albania under a pandemic 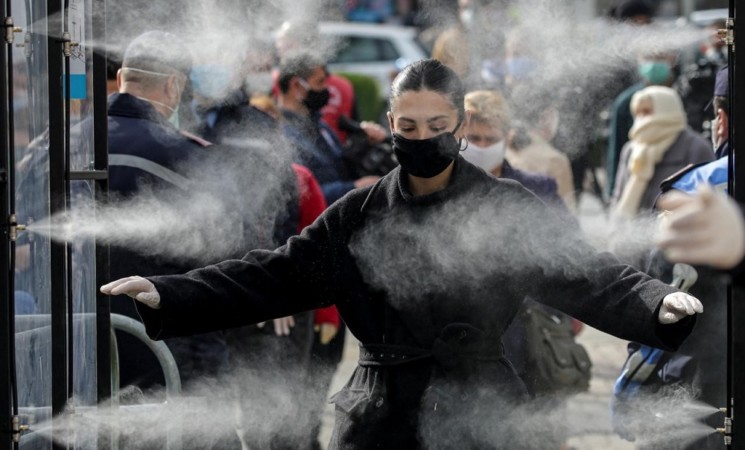 The past months have been challenging for Albania; an earthquake hit the country last November and then Coronavirus followed. The government has declared the state of natural calamity and the country is expected to be in lockdown at least until the end of April. So far, Albania has confirmed that there are 22 victims and more than 383 people infected.

After the identification of the first case in early March, the Albanian government started to take measures to prevent the spread of the virus, first in the big cities. As the number of cases continued to rise, the government passed the emergency legislation package, and the country went into lockdown. Following that, the schools, universities, bars, restaurants and numerous businesses were shut down, public transportation was suspended, and free movement was stopped. At the beginning it was difficult to make the citizens realize that the situation was serious and that these measures were necessary. The government declared that citizens and/or business owners that were resistant toward the measures taken would be fined. It was the escalation of the situation in Italy that made Albanians realize the sensitivity of the situation. They started to show more respect for the new rules by social distancing.

The goal is to keep the situation under control by preventing the spread of the virus that would overwhelm the Albanian health system. As Hospitals continue to carry the weight, retired doctors and nurses are invited to contribute as well. The government claims that it has arranged transportation for doctors and nurses to get to work, but the reality shows that many have to walk. Unfortunately, some of them have to walk long distances in order to make it to the hospital.

Free movement restriction was among the first measures applied to prevent the spread of the virus. The time frame that citizens are allowed to be outside has changed throughout the weeks; currently it is 05:00 – 13:00 o’clock. Ever since last week, anyone who needs to go to the supermarket or the pharmacy has to apply for permission through the online system, e-Albania to be exact. Police officers are present in the streets to keep order, and fine anyone who violates the rules. Grocery stores and pharmacies are also supposed to operate within this time frame but in peripheries there are small businesses operating outside the set hours. Although the majority of the businesses are closed, the banks still operate under the time frame proposed by the government and there also are a few businesses that operate through delivery only.

The universities and schools have been closed since the beginning of March and the Ministry of Education was fast in switching to online classes. In practice, the process isn’t running very smoothly, especially for primary and secondary school students. For some students the issue is lack of internet connection at home, while for some others it is keeping up with the online lessons. Moreover, switching to online education has increased the pressure on parents, as they are obliged to help their children have a better understanding. Apart from that, there are concerns whether online education is an effective way of transferring knowledge.

As the lockdown period is extended, the psychological effects on people have started to become more and more obvious. The country has gone through difficult times in the past but a pandemic is unknown to almost everyone; therefore it has caused high levels of stress and anxiety in the Albanian population. The fact that we are living in the digital era where we are exposed to all kinds of information, has created panic among people because of false information. Many infectious disease specialists have become the faces of talk shows because people, more than ever, need information and advice in terms of fighting the virus. Furthermore, the economic insecurity caused by the damage in the economy has played an important role in the rise of stress. While the government has declared that it will support everyone in need, the citizens seem to be skeptical.

The Albanian culture and society are organized around social interaction, and the dynamics of personal relations are very strong. It is the reason social distancing is not an easy task for Albanians. Furthermore, cafes take up a significant amount of time in the lives of Albanian people, especially youth. Hence, why shutting down bars and cafes was difficult for the government. The measures proposed for the prevention of Coronavirus have changed the life routine of everyone, and the impact in the lifestyle is direct so the adaptation has been difficult for the Albanian society.