A March full of events in the Western Balkans: Lessons from Kosovo’s Government crisis!

Home Commentaries A March full of events in the Western Balkans: Lessons from Kosovo’s Government crisis! 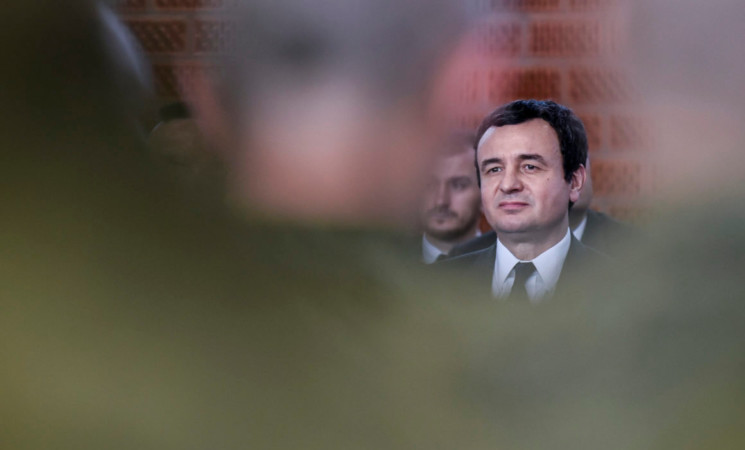 Last week was indeed a busy one for political developments in the Western Balkans. On Friday 27th, North Macedonia become officially the 30th NATO member. On the other hand, on 24th of March the members states of European Union decided to give green light and open accession negotiations with Albania and North Macedonia. On the same week, the government of Kosovo received a motion of non-confidence by the parliament with 82 votes for out of 117 MPs present.

The political situation in Kosovo has been tense recently due to the situation of custom tariff imposed to Serbia on which coalition parties had controversary positions. The COVID-19 situation worsened the relations between President Thaçi and Prime-Minister Kurti, as well as within ruling coalition since the former did not agree on measures taken by government Kurti to prevent spread of the novel coronavirus. (for more)

All this situation has caused several reactions in Albania and Serbia, since Kosovo is ironically a bonding and dividing matter between two countries. Earlier in 2019 the victory of Albin Kurti’s party Movement for Self-Determination (LVV) received skeptical reactions in Serbia while in Albania it was praised by public. The victory of LVV brought positive reactions in Kosovo as many saw it as a sign of maturity of democracy in the country. Nevertheless, Wednesday’s evening has indeed brought democracy in Kosovo back to square one.

Within the Albanian speaking public, many shamed the act of non-confidence vote as inappropriate in this time when the entire world is facing pandemic situation. However, the non-confidence vote was not only inappropriate in terms of timing, rather the action itself was such. In October 2019, Self-Determination movement (LVV) received 26% of the votes, followed by Democratic League of Kosovo (LDK) with 24%. Turnover during elections was 44% of total voters. Of course this is a tight result, but in fact it showed that the moral winner of the elections was LVV. Its symbolic and relevance lied indeed the fact that citizens of Kosovo voted for a new party to rule them, tired of old elite. Moreover, LDK had as its front runner Vjosa Osmani, who among other 2 MPs from LDK voted against the non-confidence motion.

Such motion brought up the fragile dimension of democracies in the region. For many years the democracies of Western Balkans have been considered as hybrid regimes with rule of law being the main issue blocking EU integration so far. Secondly, after the events of 90s, the countries of the region showed common traits of having same political parties and elite shifting power among each other. This non-confidence motion showed once again how difficult and challenging it is for new ruling elites to emerge in the region. Across the Balkans citizens and youngsters mainly face a fatigue from political leaders and this has been a major cause of their lack of trust in their governments. Thirdly, the current pandemic has indeed shown that fragile democracies are at risk in times of crisis if the crisis response is not well-managed and well-coordinated within institutions. Once again democracy was shadowed by actors’ short interests for power.