The Return of Religion in Public Sphere: The role of Islam in contemporary societies – A Bosnian Perspective

Home Research The Return of Religion in Public Sphere: The role of Islam in contemporary societies – A Bosnian Perspective

Modern societies dramatically transformed themselves throughout the world, there have been tremendous changes at social and political levels that urge to re-consider and re-conceptualize the role and position that religion plays in present day societies. Religious or Secular worldviews in past have usually been understood as the opposite ones, that fostered exclusion of each other; or that one aimed at private while the later was focusing on public spheres of life. Thus there was a tendency to improve and develop secular doctrine as the worldview that would fully replace the religious one. During its history Bosnia and Herzegovina experienced many forms of relations between sacred and profane or secular and religious relationships, from the alliance between the two to the full separation and even animosity during the communist rule. The post-war period has been characterized by religious revival or resurgence of religion into the public sphere that revoked the issues and questions how the relations between state and religious communities should be managed, what is the role of religion in public life, to what extent religious communities interact and influence over the public life, and what are the relations between religious institutions and institutions of a secular state. The major aim of this article is to give an overview of the development of state-religious communities’ relations emphasizing on the relations between Islamic Community in Bosnia and Herzegovina and state of Bosnia and Herzegovina.  What are the major challenges that both face in post-war period in Bosnia and Herzegovina?

Religious communities and the Bosnian state: A legal perspective

Bosnia and Herzegovina throughout its history experienced many forms of relations between sacred and profane or secular and religious, from the alliance between the two to the full separation and even animosity during certain periods. The presence of different religious traditions, as well as the different empires that ruled over Bosnia and Herzegovina contributed a lot to the unique experience and setup of the state-religious communities/churches relations. The religious diversity of Bosnia and Herzegovina backdates to the very beginnings of Bosnia and Herzegovina – first written documents about the state as such. Until 15th century, the presence of Christianity through its two major denominations Roman-Catholicism and Eastern Orthodoxy in addition to the unique Bosnian church (usually referred as heretic by previous ones) was predominate. The Ottoman conquest of the Balkan region and their arrival in Bosnia and Herzegovina in mid 15th century brought Islam and Judaism upon which BiH became in a sense a fully multi-religious country hosting all major Abrahamic religions, while later on it was usually referred as “microcosm of the Balkans” (Malcolm, 1996, p. 1), while Sarajevo as its capital was usually referred as “European Jerusalem.”

Bosnia and Herzegovina during its long history succeeded in preservation of its religious mosaic, multi-confessionalism and pluralism. Some authors (Cosic, 2012), under the influence of Huntington’s Clash of civilizations theory, attempted to present the recent Bosnian war (1992-1995) as ‘religious’. However, the establishment of Interreligious Council only a year and half after the genocide and brutal war ended demystified such notions. The post-war period in Bosnia and Herzegovina has even further enriched the religious mosaic and plurality of Bosnian society. Bosnian war and humanitarian crisis led many religious organizations and charity organizations with religious background to focus on their activities towards the Bosnian society that at the end resulted in the formation of their offices in Bosnia and Herzegovina. Thus, today besides the four major Abrahamic religious traditions according to the Register of Churches and religious communities in Bosnia and Herzegovina there are more than 35 newly registered religious communities/churches (See: Ministry of Justice of BiH, Register of Churches and Religious Communities in BiH).

The provisions of the above Law (Article 15) enabled the religious communities and churches in Bosnia and Herzegovina to sign agreements on the cooperation between them and state institutions on different levels in common matter. Using such an opportunity, Roman-Catholic Church in BiH (RCBiH), through its universal authority Holy See, signed the agreement with the state that regulated the relationship between the Church and the Bosnian state in 2006. In addition, the international dimension of the agreement as well as its additional provision enabled the Catholic church in BiH to gain more rights than Bosnian law prescribed, i.e. church has to be informed prior to prosecution of priests (Article 8), Church property has to be returned to the Church within 10 years of signing the agreement or to be properly refunded (Article, 10), and that state of Bosnia and Herzegovina will ensure non-working days to the Catholics for five major holidays (Article, 9) (see: Basic Agreement Between the Holy See and Bosnia and Herzegovina). A year after, the similar agreement was also signed between Serbian Orthodox Church (SOCBiH) and the state of Bosnia and Herzegovina containing the similar provisions and rights as the agreement between BiH and Holy See. The Islamic Community in BiH (ICBiH) started agreement negotiations with the Bosnian state in March 2008, the agreement has been adopted by the Council of Ministers of BiH in 2015, but it has not been signed or ratified yet by Presidency of Bosnia and Herzegovina.

Reconciliation of religious and secular: A Bosnian experience

The religious communities as the oldest and best organized part of civil society acted as public advocate in relations between citizens and the Bosnian state, and in many cases mediating between the secular state and its values and religiously affiliated citizens and their individual rights and freedoms on the other. Furthermore, the Bosnian war and humanitarian crisis advanced the role of religious communities as humanitarian organizations and focal point of many international donors that even more strengthened the position that religious communities and their representatives play in Bosnian society. Many recent researches (BH novinari and FES, 2012; Analitika, 2013; Puhalo, Vukovjevic 2015;) show that among the BiH institutions religious communities and their representatives enjoy the highest level of trust among Bosnian citizens. In addition, Žiga et al, in the Youth Study in BiH (2015) concluded that religious leaders beside the police enjoy the highest level of trust among Bosnian youth.

The wide spectrum that has been given to the religious communities through the Bosnian law and non-interference policy enabled the religious communities in Bosnia to diversify their activities. In that context the ICBiH directed its activities through the different centers, agencies, directorates and institutions ranging from education, humanitarian work, social care, drug-addict rehabilitation centers, media and different scientific institutes to the introducing Halal Agency – for the purposes of verifying halal products (see: www.islamskazajednica.ba). The internal restructuring and reorganization of ICBiH that occurred with the changes of the Constitution of ICBiH (2012) enabled the establishment of centers and activities that aimed at improving/helping the modernization of Bosnian society through different aspects. The establishment of the Office for the Social Care (2013) as the new centralized office enabled ICBiH to systematize and provide information at institutional level providing the framework for the Islamic Community to present itself as socially responsible religious organization in Bosnia and Herzegovina. Therefore, the last two reports (2015 and 2016) of that mentioned office show that ICBiH gave and provided support for the needy in Bosnia and Herzegovina and abroad with more than 25 million BAM in different projects ranging from humanitarian help to the reconstructions of houses after the 2014th floods in BiH (Report of the Office for Social Care, 2015 and 2016, ICBiH). Beside these projects the ICBiH also supports the formal education of young Bosnians through the cooperation with other NGOs in Bosnia and Herzegovina and Bosniak Diaspora organizations provide around 500 scholarships per year for talented, but also needy Bosnian students no matter which faculty they are enrolled (see www.islamskazajednica.ba).

In addition to formal education, the ICBiH organizes informal educational activities, seminars and professional developments through the cooperation with other non-governmental organizations via its different-level institutions, especially in the context of the prevention of drugs-addiction or rehabilitation of the drug-addicts through its centers.

Another major challenge that Bosnian state faced with was related to the security issues and potential rise of extremism, especially religious extremism. Therefore Bosnian state adopted the Strategy of Bosnia and Herzegovina for Preventing and Combating Terrorism (2015-2020) that has been developed in line with UN Global Counter-Terrorism Strategy and EU Counter-Terrorism Strategy that clearly specifies its major objectives: Prevention, Investigation and Criminal Prosecution, protection and Response/Reaction to Terrorist Attacks (p.8). In addition, the changes in the Criminal Law (2014) that Bosnia and Herzegovina adopted strictly prohibits and sanctions the participation of Bosnian citizens on foreign battlefields, but also enforced the security-intelligence agencies and Prosecutor’s Office of BiH, based on the Action Plan, to fully implement the strategy and act upon it without delay.

Beside the state institutions the religious communities, especially Islamic Community in BiH contribute a lot towards the combating and preventing the terrorism and any other form of extremism in Bosnia and Herzegovina and abroad. In that context, ICBiH in period from 2006 onwards issued more than 20 decisions and publications while in the same period it organized numerous seminars, conference and public lectures aiming at preventing extremism and terrorism (see: Jusic (ed.), 2017: 8-12).

Religious pluralism of Bosnia and Herzegovina that has been preserved through the centuries’ long Bosnian history made a great contribution to the development of unique state-religious communities relations. Even though the fact that Bosnia and Herzegovina is possible only seen as the modern democratic secular state, the process of post-war religious revival and revitalization of religion is another important landmark of Bosnian society as a whole.

The significance and the role that religious communities and churches played in post-war Bosnia and Herzegovina, especially in reconciliation process through the Interreligious Council of BiH among three major ethnic groups during the first post-war phase, cannot be denied; especially taking into the account the fact that there were no documented act of revenge for the war atrocities among warring parties.

In the context of state relations, the separation of state and religion but also the non-interference policy of Bosnian state into religious affairs enabled the gradual development of religious communities in BiH and their positioning especially in the matters of state-citizens relations and positioning themselves as mediator. However, what remains unsolved in this context is the adoption and signing of the agreement between the Bosnian state and the Islamic Community that would give equal rights, freedoms and treatment to all religious communities in BiH.

In addition, the role that religions and religious communities can play in tackling the religious extremism provides the framework in which state institutions and political leaders on one side and religious leaders on the other can enrich and strengthen the solid ground for preserving peaceful coexistence of the plural religious mosaic of Bosnia and Herzegovina.

Bosnian multicultural and multi-religious model in addition to the experience of the secular-state relations and cooperation with religious communities and churches could provide a model for the organization and functioning of ethnically, religiously diversified societies. While cherishing the universal principles and values, the Bosnian model of religious tolerance and multiculturalism can be a ground for the development of mutual understanding and respect in Europe. The Islam, as practiced and cherished within the secular state of Bosnia and Herzegovina, represents the cultural and civilizational heritage that can help us understand not to live next to each other, but rather to live together. 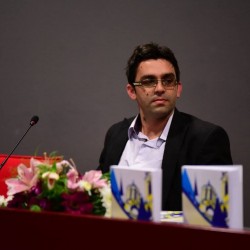 Ahmed Kulanić is a senior teaching assistant and PhD Candidate at the International University of Sarajevo.

Previous article From Ottoman Legacy to Today’s Idiosyncratic Identity. Rethinking the Socio-Political Role of Balkan Islam Next article Where will Macedonia go? Left, Right or Straight to NATO? - Part two