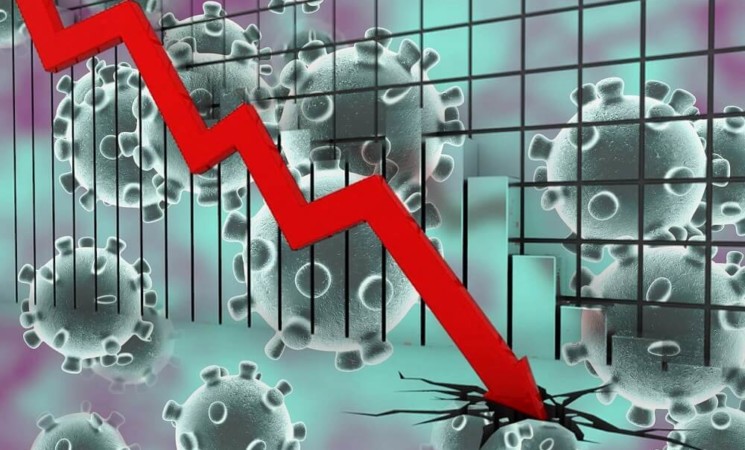 This research paper will explain what happened in Bulgaria during the crisis in 2007-2008, focusing on the price inflation, bank sectors, oil, food and unemployment. Then, the focus will move to the current recession. There are different forecasts on the topic made by the World Bank, Bulgarian economists and the Ministry of Finance. However, the outcome of the pandemic is not yet certain.

The crisis in 2007-2008 in Bulgaria was affected by the Global Financial crisis that originated in the United States. Rising inflation and rising prices for goods and services were affecting all industries in the country.

Bulgaria is a country with a small and open economy. The economic growth that has accompanied the country’s development in the years 2005-2007 was largely financed by the inflow of foreign financial support. Afterwards signals of increased slowdown in the economic growth started to appear, especially in the EU. All this, combined with the reassessment of risk and the changing credit policies in the financial institutions inevitably affected the economic activity in Bulgaria and in every other country. All these foreign alternations were reflected in our country through reducing the foreign financial flows and reduction in export. By decrease in the financial flow in the country, the economy was affected in three ways:  the foreign direct investment was reduced, raising difficulties for Bulgarian companies to find financing, as well as limiting the commercial banks’ lending resources. These three factors led to increased unemployment, and consequently, decreased private consumption. This, in turn, began a chain of reactions such as weakening the lending activity of banks and other financial intermediaries. Furthermore, the slowed economic growth and the labor market tension resulted in decrease in price pressure on the market. At the time the expected slowdown in economic activity globally led to rising commodity prices on world markets which has shifted to the local economy and further slowed domestic price growth. On the other hand, slowdown in investment activity, as well as weak external demand are reflected in the labor market. In the last months of 2008, intentions were announced for planned redundancies by large industrial enterprises and in cerain service sectors which led to an increase in unemployment rates.

In the banking sector, the increase in interest rates gradually shifted to the end products of the banks. The increase in interest rates on deposits and loans , which began in the second half of 2007, was also influenced by the change in the minimum reserve requirement rate from 8% to 12%, as well as by the relatively high inflation at the end of 2007. Banks faced the challenge of maintaining their activity levels in the face of rising resource costs and declining real returns.

Loans to non-financial corporations are mainly directed to the trading sectors (33.1% of corporate loans at the end of September, 2007), manufacturing (19.8%), construction (14.4%) and real estate operations (11.7%). The sectors that registered the highest annual growth rate of credit are other public service activities (115%), real estate operations (105%), transport (90%) and construction (85%). Investments in the country for the first half of the year largely follow the same structure as credit, with the leading role of manufacturing ad trade. Despite concerns about holding back the growth of sensitive industries such as construction and other similar sectors, investment in them remains one of the highest. This, in combination with the relatively long-term nature of loans granted to the construction and real estate sectors (dominated by loans with a maturity of more than one year), is a proof of constant investor interest and a positive appreciation of construction prospects. However, there is a great deal of debt between the companies themselves in the construction industry.

The relatively high wages in Bulgaria in 2007 and the first half of 2008 as well as the relatively high inflation since the summer of 2007 put the focus on the inflationary factors in the country and the relationship of price dynamics and labor costs. The high levels of inflation in Bulgaria in 2007 were mainly due to the increase in international food prices and crude oil. The largest factor, however, that contributed to the accelerating inflation was the food industry. Its influence continued to the first half of 2008. Higher food price inflation had shifted from producer prices to higher commodity prices traded on the global markets – a process that began in July 2007. Thus, in the second half of 2007 international food prices increased by 13.3%. The prices of wheat, sunflower, rice and other crops registered a significant increase, which affected directly, along the line of inter-branch relations, the prices of other food goods and services such as the prices of catering services. The rise of international food prices continued until June 2008. Increase in the price of wheat was observed by 53.9% followed by a significant decrease in its stock price. Slowly after October, 2008 the international price of wheat started to reduce, which immediately affected food prices in Bulgaria. Although the price dynamics of the food industry in Bulgaria reflect the one in Europe, it should be noted that the Consumer Price Index in Bulgaria was significantly higher for this particular group of goods. According to the Harmonized Index of Consumer Prices for the period of January through November, 2007 the CPI for the food industry was 5.7% while in other EU member states it was around 3.8%. In 2005 the price level of food and non-alcoholic beverages in Bulgaria was 54% compared to the EU average and in 2007 it was already 61.1%. The pressure for price convergence of these goods in the border regions of the country was especially high. The effect of unfair competition and its impact on food appreciation is difficult to assess. In 2008 the Competition Commission imposed fines on companies and industry organizations operating in the market for milk and dairy products, eggs, poultry, bread and oil products, which maintained certain prices through cartels, in this way harming the users.

In 2008 the price of the energy continuously increased up to 5.1% which contributed to overall inflation by 0.7 points. The price dynamics of this good was determined both by the dynamics of international crude oil prices and by change in administrative prices in Bulgaria. The changes of the international prices of oil and the dollar – euro exchange rate were almost directly transferred to both to oil producers in Bulgaria and to the consumers of liquid fuels. However, the indirect effect of the prices’ altercations had a much greater impact on the change of the overall price level in Bulgaria than in the EU due to the high energy intensity of our economy.

The Bulgarian economy has already fallen into a recession due to the impact of COVID-19 pandemic on exports and domestic activity. This is according to the World Bank’s forecast for Bulgaria. The GDP is also expected to decline by 3.7% in 2020.

According to the estimates of the Ministry of Finance the number of the unemployed will increase by 100 000-130 000 people. Even if some of the restrictions are removed, the economy will not recover immediately. The Economist Lachezar Bogdanov says: “A big economic shock is expected which means less investments, less employment.” What is expected in the upcoming months is less tax and social security income for the government. In addition to that, people are likely to travel less, so there will be less revenue from excise taxes on fuel in Bulgaria. The Economist continues to talk about the further planned costs: “As we understand, the cost of medical and other supplies is diverted from other items, which means that costs which are not so important remain in the background. The 60/40 measure will also require additional funds.” The “60/40” measure that the government has decided to implement means that 60% of the employees’ salary will be paid by the government under specific conditions. Bogdanov continues to explain that the economy of Bulgaria is not entirely stagnant. Electricity consumption, services, even some export-oriented companies are still functioning, albeit on a small scale. However, the overall economy of the country will be contracted, there will be job cuts and the 60/40 measure aims to soften that hit. It will act as a bridge when the economy starts to recover.

Regarding the financing of the deficit expected by the Ministry of Finance, it ought to be financed through a combination of reserves, such as what has already been saved and by taking a new debt. In such cases it is dangerous for a country to spend all of its reserves because the future and the longevity of the crisis are uncertain. In order to start improving the economy as quickly as possible the focus should be on maintaining competitive business, sustainable business relationships, which have been broken due to the panic and shock in the country. Some business are expected to recover almost immediately after the restrictions are removed such as cafes, restaurants, etc. However, other business will need much longer. Automobile factories, for instance, are closed all over Europe. There is no way that the state covers all the negative effects on the business and everyone will have to bear the costs of the crisis.

Bulgaria will also suffer a lot from the collapse of tourism. In Bulgaria the share of tourism in GDP is as high as 14%. Reservations in hotels have been cancelled and many of the guests are requiring refunds. Even when the borders are open and free movement is again allowed, the fear of COVID-19 will remain and it is uncertain how many tourists will be brave enough to travel. Observers also point out that the countries of the former Eastern Bloc will suffer from the declining purchasing power of their own citizens, and consequently, their consumption. This, on the other hand, will also lead to decline in imports of foreign goods of these countries. Compared to the West, the Eastern countries are not yet prepared for such an “economic earthquake”.

According to Fabricio Zarcone, the manager of the World Bank for Bulgaria, the Czech Republic and Slovakia, there is a need for special focus on the poor, as they are more vulnerable to health shocks and more likely to suffer income losses as a result of the imposed quarantine and the interruption of economic activity. The World Bank lowered its prospects for emerging markets in Europe and Central Asia this year due to the pandemic. Yet, these economies could return to stable growth in 2021. The World Bank said its wide range of forecasts was due to significant uncertainty about coping with the pandemic and mitigating the economic damage. The main scenario of the bank predicts that GDP in developing countries will shrink by 2.8%, while the worst scenario involves a deeper recession with a shrink of 4.4%. This is a revision of the projected decrease of 5.4% to 7% from the bank’s forecast from three months ago. The pandemic definitely results in weakening domestic demand, putting further pressure on commodity prices, disrupting global and regional supply chains, reducing travel and export demand.

Overall, despite the 2007-2008 crisis to have been the worst after the Great Depression, there were sectors in Bulgaria that were not affected by it. There are even certain data that the total GDP of the country grew. This time, the recession was already predicted by economists and the pandemic of COVID-19 fastened and worsened the process. Unfortunately, no one can estimate for sure how long the isolation will remain and the time period has a great effect on the consequences.