Serbian path towards the respect of minority rights 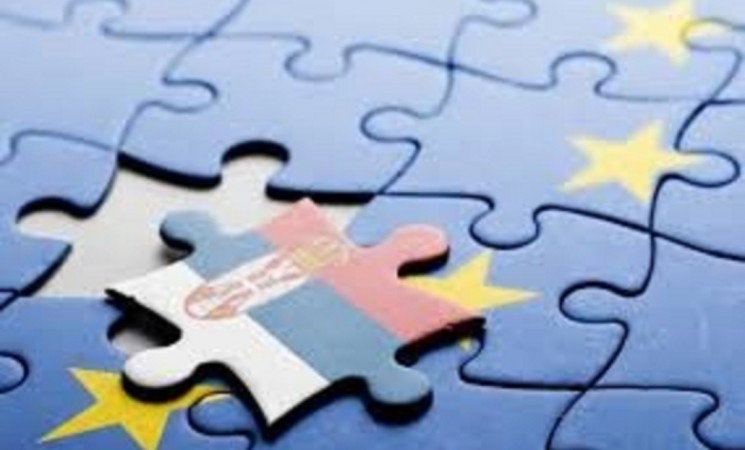 Article 23 on Judiciary and fundamental rights of the Copenhagen Criteria, require the accessing country to preserve democratic governance and respect the rule of law. But how is Serbia doing with respect to minority rights?

The cultural, religious and ethnic differences, make the majority of all the nations heterogeneous. History has shown that the conflicts after the Second World War were often caused by tensions between majority and minority groups. Minority groups might feel threatened, and their rights may be violated, and this will result in their aspiration for more support to preserve their cultural identity and/or demand self-determination.

The Balkan region is known for being the mosaic of ethnic diversity, while Serbia is one of the most ethnically diverse nation in South Eastern Europe. Any violation of minority rights would result in destabilization of the regional stability.

According to the 2011 census, in Serbia there are twenty-one ethnic communities (exceeding 2000 members). However, the major ethnic communities are Hungarians, Bosniaks, Roma, Slovaks, Romanians, Vlachs, Bulgarians, Croats and Albanians.

Serbia has ratified relevant international treaties regarding the protection of minority rights, including the Constitutional Charter on Human and Minority Rights and Civil Liberties in 2003, which was a precondition for the Serbian acceptance into the Council of Europe. However, these treaties are still far from their implementation by the Serbian state.

The report on Serbia of 2016 by the European Commission expressed concern regarding the protection of the vulnerable groups facing discrimination, such as LGBT, people with disabilities and people affected by HIV. And also encouraged Serbia to develop a comprehensive approach for integration of national minorities, especially the Roma.

The EU’s enlargement policy, set under the Copenhagen criteria, is a strong instrument in promoting democratic governance and respect of human rights in its neighbourhood. In this sense, Serbia has started its path towards EU in early years of the 2000, however, negotiations have started just recently. Albeit ten chapters are opened, two of which are provisionally closed. Though, Serbia did make efforts for better cooperation and partnership with the EU, Federica Mogherini pointed out.

We have seen that the country has encountered several obstacles in its negotiation process. One good example comes from Serbia’s neighbour, Croatia. Sure enough, during Serbia’s opening accession of the chapter 23 and 24, Croatia was the only EU member state who did not give the green light, as they required first a better treatment of Croats in Serbia. To that end, the negotiations of these chapters are not yet opened, but there are interim benchmarks, meaning that before opening the negotiations directly, certain conditions (opening benchmarks) should be met. This means for example that the chapter 23 would be opened on the basis of the Action Plan that Serbia adopted in 2016, which, among other things, include the national protection on minority rights.

However, seeing the overall picture, some of the EU’s member states are not in the position to give the best example of anti-discrimination, integration and respect of minority rights. We are witnessing a new age of nationalism across Europe, where the far-right political elites prevail as a result of different factors that influence our society. Therefore, beside the minorities in the Balkans, we should also not forget many other minorities of Western Europe, who are striving for more rights, or aspiring for independence: Northern Ireland, Basque countries and just recently Catalonia, to cite just few of them.

Anyway, to sum up, Serbia needs to keep EU membership an achievable objective, hence why rigorous care for the respect of fundamental rights should be one of its top priorities.

Aleksandra Ilijevska studied at the University of Verona where she graduated in Russian and English philology and International Trade. Also, she successfully completed a joint-degree Master program on Eastern European studies at the University of Bologna and at the State University of Saint Petersburg. She has a great passion towards East-Central and Southeast Europe and she is eager to share her knowledge and expertise on the region.