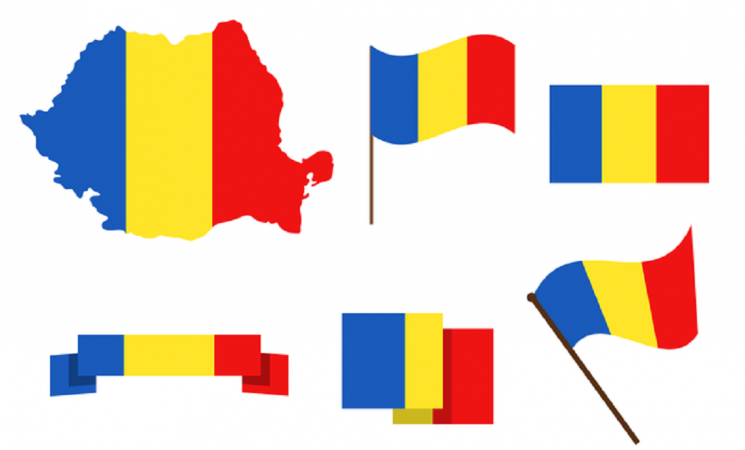 The French historian Anne-Marie Thiesse identified two main stages in the construction of national identities. The first one is represented by defining the ancestors and their heroic acts that echo through history, and the second one aims to prove the connection between the origins and contemporary times (Mârza, 2008, p. 94). According to Petrescu (2007) there are four main tenets that form the Romanian national identity: 1) the Latin origin; 2) the continuity of the Romanians on the same territory throughout history; 3) the unity of the people into one single country; and 4) the continuous struggle for independence. Considering that Romania consists of three main historical regions: Transylvania, Moldova, and Wallachia (also known as “the Romanian Country”), the reader is invited to put his or her imagination into practice and place those three regions mentioned above into the Central and South-Eastern European historical context in order to observe the oscillation between geographical borders and, therefore, to have a better understanding of what the notion of ‘independence’ means (see Appendix 1) – a) firstly it was territorial and political, b) then it aspired to obtain the “freedom of the people” through democracy (Siani-Davies, 1996), and c) at the moment it represents the fight against a corrupt system and the “victory of common sense” (The Economist, 2014).

The present can be understood partially as a reflection of “elements inherited from the past” (Castel, 1994, p. 238). Bogdan Petriceicu Hașdeu launched the famous theory of stratum and substratum in the Romanian culture, where he minimized the Slavonic character of the Romanian language, emphasizing the Latin origin of the active language spoken by the people (Mârza, 2008). Petrescu (2007) also recognized that one of the tenets of Romanian identity is represented by the Latin character of the Romanian people, fact acknowledged by historians such as Nicolae Iorga and Lucian Boia, stating that Romania is “a Latin island in a Slavic sea” (Boia, 2001, p. 36). This Latin character provides a special identity of an antique ‘pedigree’, whereas the pre-existing local population of the Dacians before the Roman conquest is quintessential in defining the homeland through the territorial dispersion and attachment, which has not suffered major changes until today (Petrescu, 2007).

Romania is currently one of the most religious countries in the European Union, where approximately 92% of the Romanians declared that they “believe in God” (European Commission, 2010, p. 204). According to the most recent statistics, a high proportion of the population identifies with the Christian Orthodox religion: 86.45% (Negruți, 2014, p. 46), outlining another peculiarity of the Romanian identity: that of being the only Christian Orthodox Latin country (Boia, 2001, p. 177). Neagu Djuvara (1995) highlighted the historical role played by religion in the Romanian countries that helped in defining the ‘other’, especially in relation to the Catholic Hungary (in Transylvania) (Petrescu, 2007) and the Muslim Ottoman Empire (both in Wallachia and Moldova).

Although Orthodoxy represents, in the Romanian context, a societal ‘glue’ (Durkheim and Swain, 2008) that provides social cohesion by bringing everyone together, it can also be a channel through which the common people are manipulated and led by the powerful. Karl Marx once stated that religion “is the opium of the people” (sometimes also translated as “masses” from the German “Volks”) and that provides an “illusory happiness” for the human “oppressed creature” (Marx and O’Malley, 1977, p. 131). Therefore, the veneration of gods portrays a diseased society that sees religion as a panacea for all the existing evils. This is  dangerous as it can eventually give birth to a ‘blind’ society.

DeLuca, Florescu and Quinlan (1998) affirmed that controversy over religion is quintessential for shaping the Romanian identity. The Christian doctrine of the Romanian Orthodox Church (BOR – Biserica Ortodoxă Română) sought, through its mysticism, to impose the ‘straight’ Orthodox behavioural norms and values over people (Cinpoes, 2010). Moreover, religious leaders took the role of opinion makers in some of the last decades’ protests, for example, in the case of Roșia Montană (Buțiu and Pascaru, 2014). However, Andreescu was more critical about BOR’s position and questioned the purity of their interference within the social norms, interpreting it as a convergence of specific characteristics:

Helbling’s “complementary logic” (2009, p. 3-7) asserted that nationalism is extremely important in order for a democratic regime to function properly. Similarly, Cinpoes (2010) emphasised that the presence of the democratic factor, when it comes to the prevalence of liberal movements, is of absolute necessity because only in this way people will achieve that social solidarity and trust, and will not fall prey to a radical nationalist discourse. In case the outcome is not so optimistic, any form of political extremism can lead to a variety of forms of ultranationalism (Andreescu, 2003, p. 29) that could embrace dangerous exclusionary values and lead to the formation of Helbling’s “competing logic” (2009, p. 7-10).

According to Article 30 in the Romanian Constitution (2003, p. 7) regarding the freedom of expression, section II on fundamental rights and freedoms, expressing any thoughts, opinions, beliefs or creations in public, regardless of the means of communication, represents an inviolable right, where any form of censorship is prohibited, unless it harms the “dignity, honour, privacy of a person, and to the right to one's own image”, defames the country and its citizens, or instigates to acts of violence, territorial separatism or obscenity. In this sense, the Romanian laws on freedom of speech are similar to Germany’s legislation (Deutscher Bundestag, 2012) rather than the United States’ (Rhodes, 2008). Preserving human dignity becomes a duty of the state and a fundamental right of every citizen of the country.

Moreover, on the 7th of October 2015 the Romanian Senate passed a law that allows financial sanctions in the case of “social defamation” of an individual or groups of people (Stan, 2015). This law was accompanied by controversy, raising the suspicion that the state is using it to protect its interests and the interests of certain central figures of the government, that of the prime minster of that time, Victor Ponta, who was accused of plagiarising large segments of his doctoral dissertation (Marinaş, 2014), and of the politician Liviu Dragnea, currently the head of the Social Democratic Party (PSD), which is the biggest party in Romania and has the most seats in the Parliament at the moment.

At one level at least, undeniable progress has been made over recent years in legislation for the protection of the rights of the minorities, considering that in legal terms Romania does not permit any forms of discrimination conforming to Ordinance 137/2000 (Christians, 2011, p. 139). An OECD (2001) report calls Romania a “word leader” in promoting politics of “positive discrimination” in educational matters for the disadvantaged Roma people, and allowing the Hungarian minority, for example, to regain all of its cultural, political, educational and confessional rights that were lost during the communist times (Tat and Popenici, 2008, p. 135). However, it is widely acknowledged that there is (still) a considerable gap between the implementation of the law and reality, especially in the ‘discriminatory’ articles published in and by the media (ECRI, 2006, p. 28).

Appendix 1: The stages of Romanian ‘independence’: a timeline 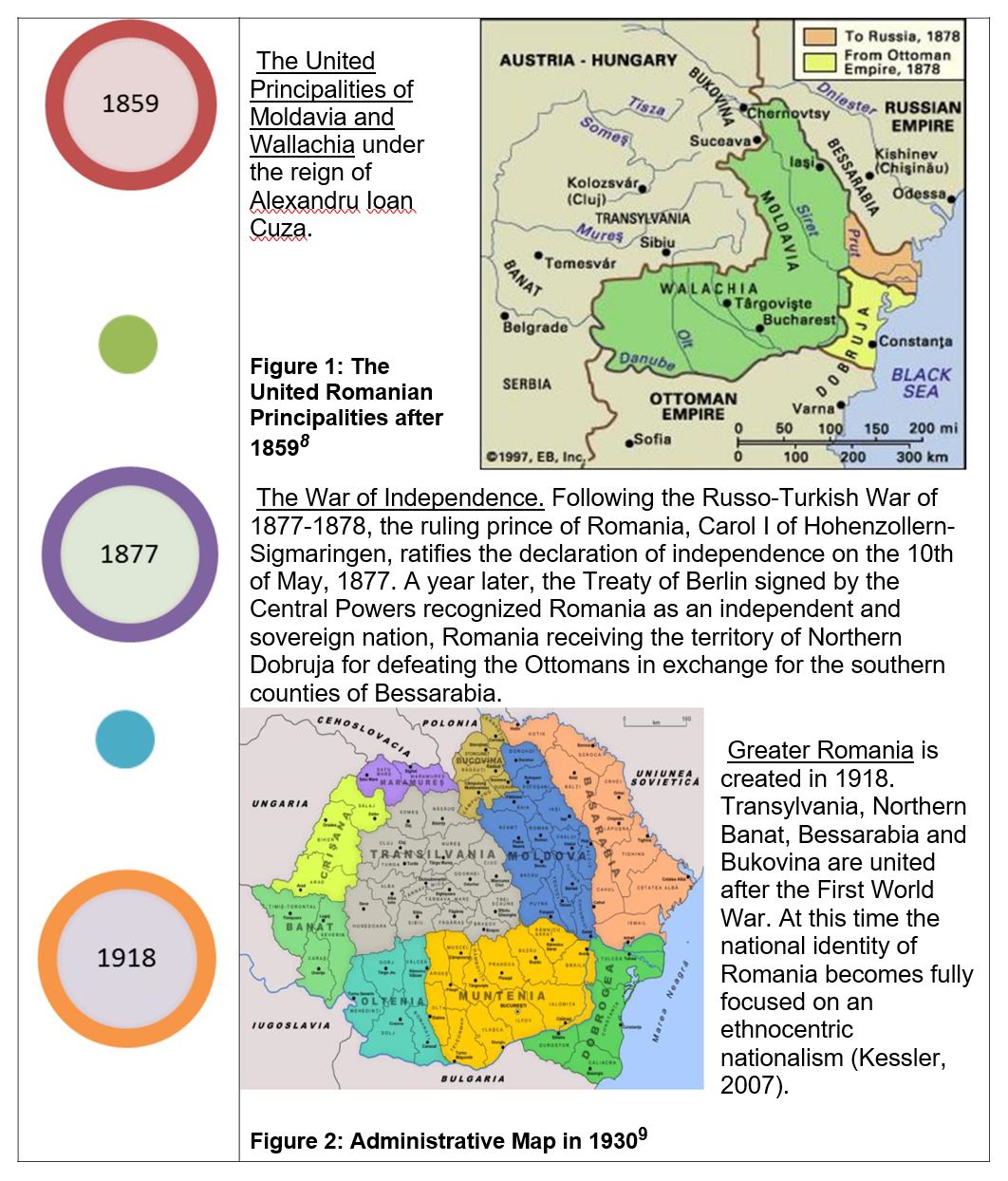 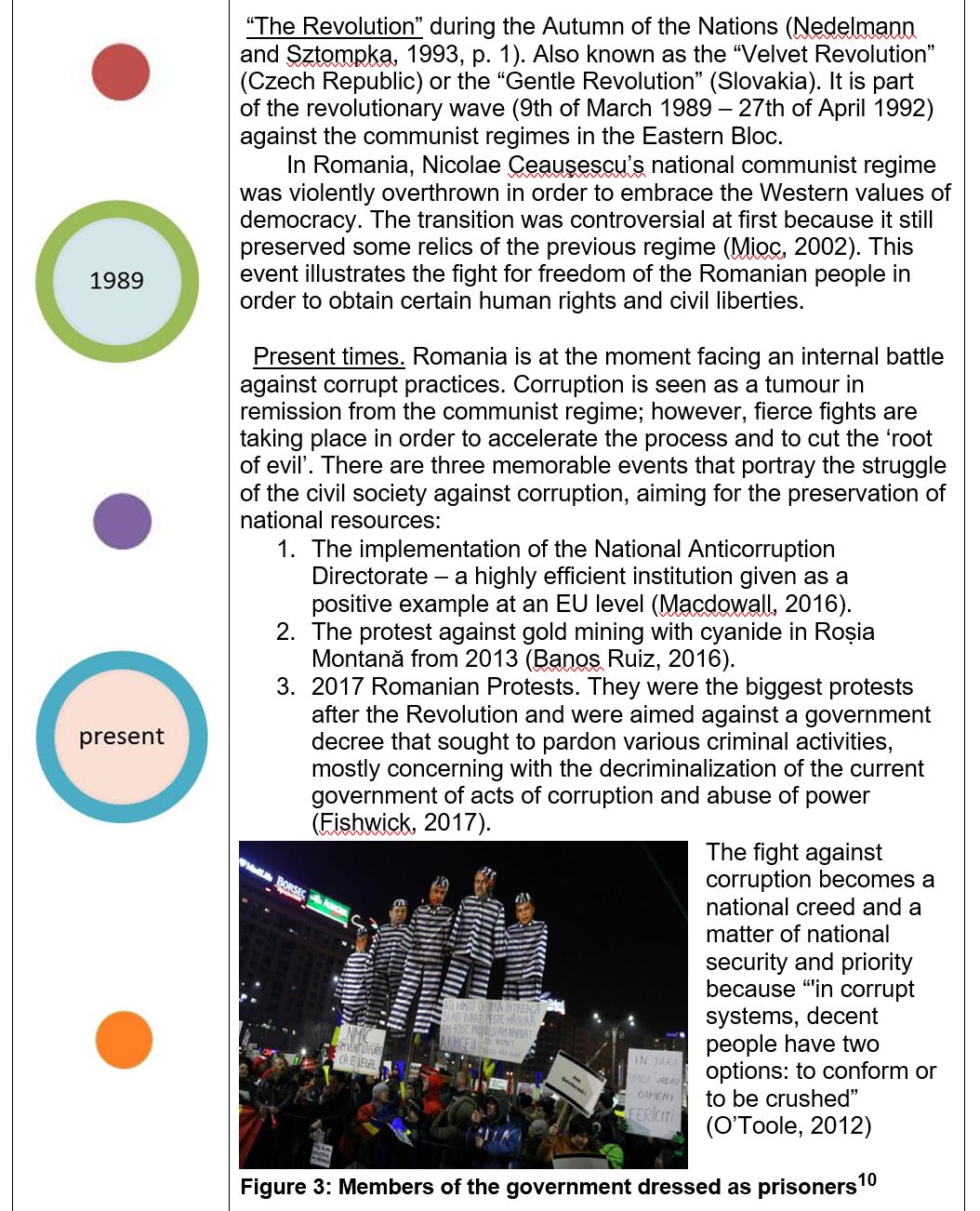 Cinpoes, R. (2010). Nationalism and Identity in Romania: A History of Extreme Politics from the Birth of the State to EU Accession, Vol. 40, IB: Tauris.

Macdowall, A. (2016). The DNA of Romania’s anti-corruption success. [online] Available at: http://www.politico.eu/article/the-dna-of-romanias-anti-corruption-success-eu-transparency-international/ [Accessed: 20th of March 2017].

Mârza, R. (2008). The History of Romanian Slavic Studies: from the beginnings until the First World War, Cluj-Napoca: Romanian Academy, Center for Transylvanian Studies.

Nedelmann, B., and Sztompka, P. (1993). Sociology in Europe: In Search of Identity, Walter de Gruyter.

Tat, A., and Popenici, S. (2008). Romanian Philosophical Culture, Globalization, and Education, Vol. 35, The Council for Research in Values and Philosophy.

Elena Ruxandra Seniuc studied Criminology (BA) at the University of Durham in the United Kingdom, where she graduated with first-class honours. She was part of the Romanian Government Internship Programme as an Intern in the Directorate for Crime Prevention (Ministry of Justice), and previously worked in the archive research sector. Her main interests include international relations theory, international security and conflict resolution, and nationalism and identity in the post-Soviet space.