China in the Balkans – Part 4: Serbia 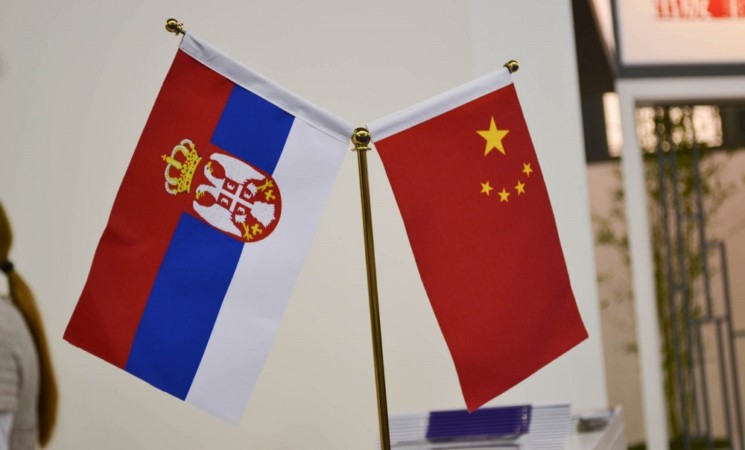 In the past, Serbia's President Aleksandar Vučić urged Chinese investors to help Serbia become the state that will export "flying cars". On the other hand, Xi Jinping was awarded with the medal of the Republic of Serbia in 2016 for developing a peaceful cooperation between the two countries. Today, this cooperation primarily revolves around infrastructure, security and energy sectors, and the relationship is labeled as the "iron friendship".

Many experts argue that China plans to make Serbia the European "capital" of the Belt and Road Initiative (BRI). The so-called "iron friendship" dates back to the time of Yugoslavia, and aside from China's "iron brother" Pakistan, Serbia is the only country for which China uses the adjective "iron" when trying to describe the relations. A crucial event that further strengthened the relationship between the two countries was the bombing of the Chinese embassy in Belgrade in 1999 by NATO forces. Today, the largest Chinese cultural center in Europe is being built at the same place, symbolizing their enduring friendship and cooperation. Serbia is the only country in the Balkans that has significant cooperation with China beyond Cooperation between China and Central and Eastern European Countries (China-CEEC or 17+1). For instance, even before the start of this initiative in 2012, China and Serbia conducted major projects such as the construction of the Zemun-Borča bridge. Throughout the years, Serbian President Aleksandar Vučić welcomed investments, stating at the recent World Economic Forum that he was "fed up with being lectured" by the European Union (EU) over ties with China and Russia.

With the help of China, Serbia and Hungary are building 400 kilometers of railway between Belgrade and Budapest. This is the first project of its kind in Europe, with an estimated total investment of around 2 billion dollars. The high-speed rail will be an important transit point between the port of Piraeus in Greece, which Chinese investors have purchased, and the Central Europe, where China wants to achieve economic impact. The geography of Serbia is also significant for China because the Pan-European Transport Corridor X passes through Belgrade and Novi Sad. In October 2019, a train arrived directly from China to Serbia for the first time, in order to ship materials for the construction of the above-mentioned high-speed line. In addition to railways, the Chinese are also building other infrastructure projects in Serbia, such as bridges, roads, thermal power plants and factories. One of the most significant projects from the last year was the start of construction of a tire factory in Zrenjanin by Shandong Linglong Tire.

Generally, the biggest criticism is directed towards the environmental aspect and possible breach of EU regulations, with the EU still being the largest investor in the Western Balkans. In addition to EU regulations, there are concerns surrounding pollution and the health of the local community, with the plant in Zrenjanin being described as an "environmental bomb". Tire production is one of the "unclean" industries, and civil society expects investors to produce a study on the environmental impact of the plant, which has not yet been done or required by the local government. Furthermore, there is a concern about Serbia's over-indebtedness, since most projects are based on borrowing and not on direct investment. It is noticeable that China is primarily investing in infrastructure, and Serbia, as the other Western Balkan countries, is in dire need of infrastructure development. It is estimated that the total value of finalized and planned investments in Serbia is around 10 billion euro. However, what can be confirmed so far, considering some of the capital projects, is that around 2 billion euros of Chinese money has already arrived in Serbia. Furthermore, it can be noticed that most of this money is actually given through loans. Once investments reach the figure of 10 billion, there is a strong possibility that the loan-to-investment ratio will remain the same. 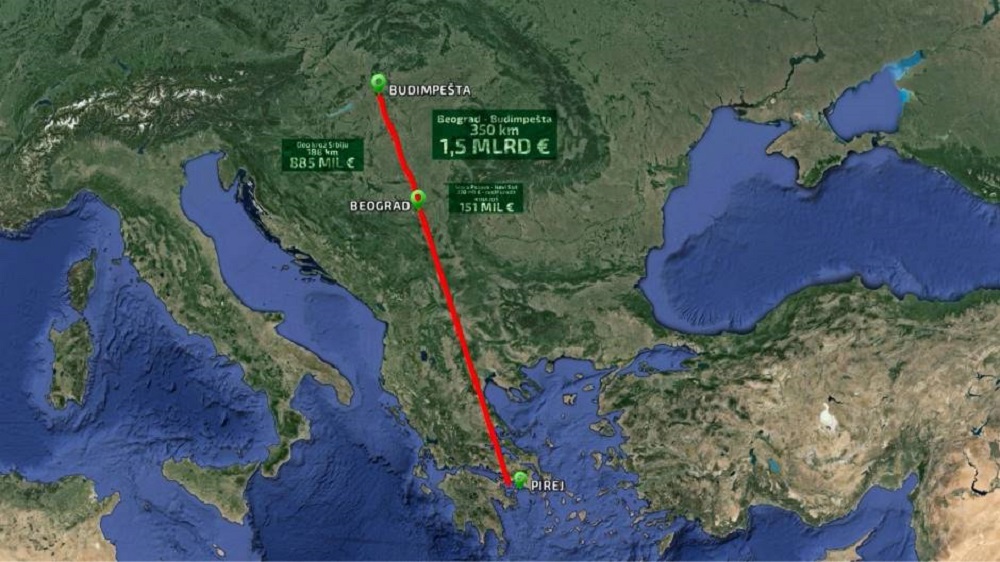 When Chinese Hesteel (HBIS Group) bought Smederevo steel plant for 46 million euro in 2014, the local community was relieved. Just two years before that, the U.S. owners sold the plant to the Serbian government for a symbolic amount of one dollar. This historically significant company went bankrupt and around five thousand people were in danger of losing their jobs. However, with the arrival of Chinese investors, both jobs and production have been preserved. In the years that followed, it also became clear that the plant is highly vulnerable to changes in the U.S.-China relations. Namely, in the midst of a trade war, European steelmakers tried to protect their own interests. These occurrences directly led to issues with the export of duty-free, Smederevo-based steel into the EU, and designated the plant as a potential Chinese "Trojan horse". In addition to Smederevo steel plant, Serbia's largest mining company RTB Bor also sold majority rights to Chinese company Zijin Mining. During the acquisition, the Chinese paid 350 million dollars and took 63 percent of the ownership. Additionally, the new owners promised that the total investment should reach 1.26 billion dollars. However, RTB Bor has been designated as one of the greatest environmental threats, given the large number of hazardous substances contained in the ore at the mine site. President Aleksandar Vučić welcomed similar investments and stated that he hopes to make Serbia the exporter of "flying cars" in the future. 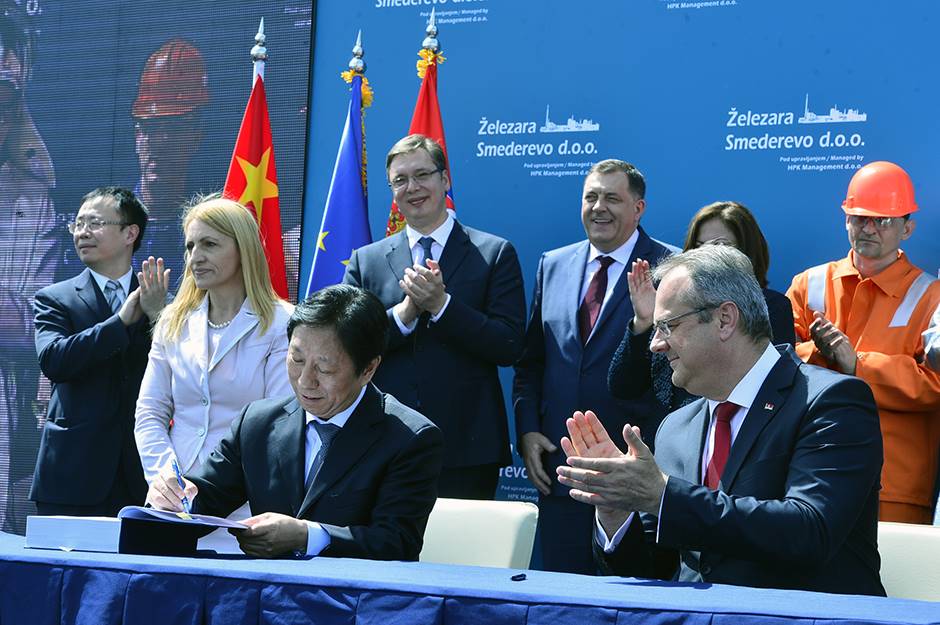 The aforementioned Smederevo steel plant was the scene of a counter-terrorism exercise conducted by Chinese special forces and the Serbian police. The good cooperation within the security realm was also reflected in the joint patrols on the Serbian streets. Chinese police joined the Serbian police and served as the support for Chinese tourists. The hosts noted that the guests have no authority and are mostly located around the most famous landmarks in Serbia. Likewise, Chinese patrols have joined the Serbian police in cities such as Smederevo and Novi Sad, which are the sights of some of the largest cooperation projects between the two countries. Additionally, these are the places with significant number of Chinese citizens who can be protected and observed while out of the country. In this way, it is possible to exert external control that adopts transnational characteristics. In the last couple of years, China is conducting the so-called “smart city" project that involves covering the streets with Huawei cameras. Now, that project is also being implemented in Serbia, which represents a red flag for the EU and the U.S. Furthermore, safe city solutions were first implemented in countries such as Russia, Venezuela, Pakistan, Laos and Angola - a number of regimes that are inherently authoritarian. Therefore, there is a concern that the full implementation of this project in Serbia could endanger civil liberties, create a digital police state and significantly weaken democratic processes for the potential EU member state. Primarily, such technology could significantly threaten the privacy and security of citizens, and serve the ruling elite as a tool against political opposition. Furthermore, citizens of Serbia were also concerned about the possible non-transparency of the government. Through citizens' initiatives, CSOs demanded that information on data storage, purpose of the surveillance, camera location and procurement prices becomes available. Finally, civil society organizations called on the Serbian government to have video surveillance "in line with the charter on the democratic application of video surveillance in the European Union". 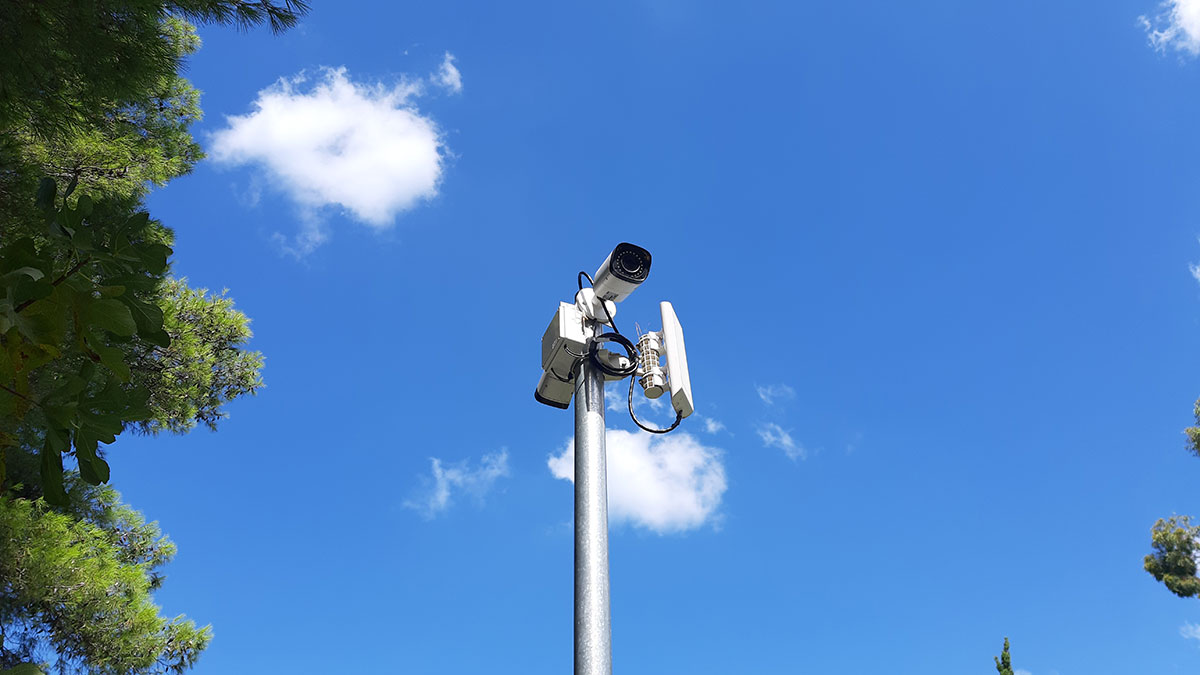