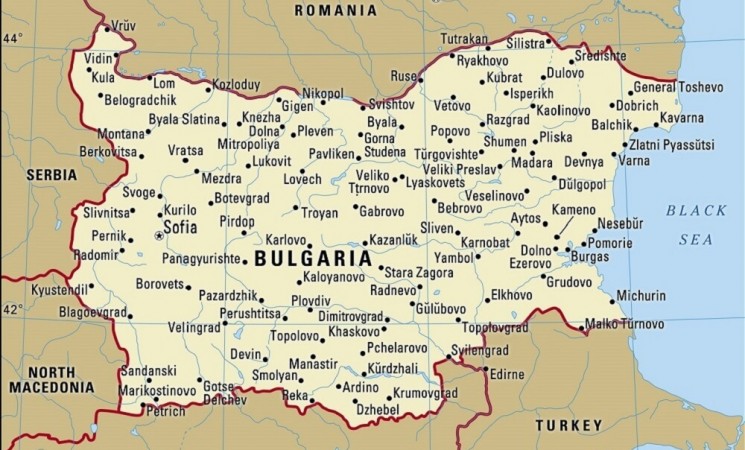 Bulgaria was founded in 681 by Khan Asparuh. It has a rich history of ups and downs, of glorious achievements and great rulers as well notorious losses and bad decisions.

Bulgaria was conquered by the Ottoman Empire in 1393. For half a millennium the Bulgarian people lived under the yoke of the Turks, struggling to preserve their identity, language and religion. After many rebellions, April Uprising in 1876 made a difference. It was so brutally put down by the Ottomans that Europe decided to intervene. The Russian-Ottoman war of 1877 had a meaningful outcome for the Bulgarians and pretty much led the future political directions of the freed Bulgarian state. With the Treaty of San Stefano, Bulgaria was declared an independent state. However, after the Congress in Berlin, the European countries decided they did not approve of a big state on the Balkans in order to avoid conflict. Thus, only Principality of Bulgaria (the northern part of Bulgaria nowadays) was freed. The southern part under the name of Eastern Rumelia stayed within the borders of the Ottoman Empire.

The question was what form the new government should take. The group labeled “conservatives” however argued whether the real power should be in the hands of the Bulgarian aristocracy. The “liberals”, on the other hand, believed that everyone should participate equally in governing the country. Conservatives and liberals were also arguing whether there should be a second chamber to reinforce the power of the wealthy minority but the liberals saw no meaning in it. Since the liberals had a lot of supporters in the assembly the second chamber was rejected. But the first chamber was divided into two parts resembling the Serbian parliamentary system. There is an Ordinary assembly and a Grand National Assembly (GNA). The ordinary assembly was gathering every year in October but the GNA was only called upon when there were serious issues to be discussed such as changes in the constitution, changes in the states boundaries, or to choose the head of state. It was decided that a prince would be the head of the Bulgarian state and the chosen one was Alexander of Battenberg in 1879.

Led by a powerful leader with little friction between the prince and the prime minister, Bulgaria flourished. Bulgaria adopted the democratic constitution and the Liberal Party led by Stefan Stambolov took over. In 1885 Bulgaria united with Eastern Rumelia, a former territory of Bulgaria which was not liberated from the Ottoman Empire. Russia was not happy with all these events because it was losing control over Bulgaria. The Russians forced Alexander Battenberg to abdicate from his throne. In a response to that, the Bulgarian people chose their new prince, Ferdinand Saxe-Coburg-Gotha, an Austrian candidate who Russia did not recognize officially.

Meanwhile, Bulgaria united with Serbia and Greece against the Ottoman Empire still requiring their former territories to be given back. This led to the Balkan Wars in 1912-1913. The Balkan Wars are very complicated since the new independent countries have a common enemy which is the Turkish Empire and, yet, they have common territorial disagreements and disputes that they struggle to resolve. Even though Bulgaria sustained the most casualties, it lost the war. The territories that belonged to it were distributed among Serbia, Greece and Romania.

In 1914, World War I started. Bulgaria was still exhausted from the Balkan Wars. Its population was divided: some people wanted Bulgaria to participate in the war because they saw it as a chance to regain its lost territories. Others, however, were affected by the Russian revolution of February 1917, which was spreading anti-war and anti-monarchist notions. The Socialist movement in Bulgaria boomed. After all, Bulgaria took part in WWI on the side of the Central Powers from 14th of October, 1915 because Bulgaria saw the opportunity to invade Serbia and fight for its lost territories.

The years after WWI were harsh. Bulgarians’ spirit was suppressed, they lost the war. Poverty was increasing and a lot of agricultural unions and parties started to appear on the political front in order to fight for equality. Boris III, son of Ferdinand succeeded the throne. During WWII the rise of the Communist party began. Together with the Agrarians and the Social Democrats, the Communists formed the Fatherland Front (FF). Eventually, the FF took so much power that in 1945 it won the power to rule Bulgaria in a single-party election. The Agrarians refused to form a coalition with the new government and their leader was executed. This marked the beginning of a long brutal and terrific Communist rule.

1946-1991 was a period during which Bulgaria was known as People’s Republic. Georgi Dimitrov, a Bulgarian communist leader, came back to Bulgaria after 22 years of exile and became prime-minister. The Tsar, at that time Simeon II, was exiled from the country and a new constitution was prepared. The Communist Party tried to establish itself as the only power and wanted to eliminate all the internal opposition. Work camps were built where everyone who was against the regime in some way was sent there. Step by step, pluralism in the Bulgarian political system was eliminated. Private property was confiscated by the country. All large-scale industries and banks were nationalized and government monopolies were established. General Trade Workers’ Union was created forcing all working organizations to become part of it. The Communist Party was exercising its power even in religion, using the church as propaganda and interfering in all spheres of people’s life. The Jews and the Muslims (mainly Turks) were forced out of Bulgaria which caused ethnic disputes with Turkish government which sealed the border.

After the death of Stalin in 1953, in Russia, as well as in Bulgaria, the process of de-Stalinization began. Todor Zhivkov, the longest-serving communist leader in Bulgaria, became the prime-minister of Bulgaria and new economic policies were adopted in order to increase the standard of living. Bulgaria decided to abandon the practice of isolationism and increased trade with its neighbors. The ethnic problems, however, continued when the government forced the Turkish population in Bulgaria to change their names to Bulgarian ones. Some Turks were even robbed out of their property. In 1960 life in Bulgaria seemed to have improved but only on the outside. Bulgaria was producing its own goods and tried to attract more investment. However, it was difficult. The technological sector was not improving because there were restrictions on trade and Bulgaria could not import all the technological innovations it needed from the Western World. In addition, Bulgaria’s natural resources were not enough for stimulating its own economy. The managerial sector was not trained properly how to operate systems based on self-reliance. Later, it was discovered that the debt which the country owed was a lot more than expected. The economic situation was getting worse. The reforms in the Soviet Union which began with the appearance of Mikhail Gorbachov had a great impact on Bulgaria. The country now needed a complete change that democracy would ensure. Todor Zhivkov was forced to resign on November 10, 1989. This was the end of the Communist regime in Bulgaria and the beginning of a long and difficult transition.

The years of transition towards capitalism were not easy. Bulgaria’s policy became Western oriented. In 1991 a new constitution was signed in which the government system was fixed as parliamentary republic with a directly elected President and Prime Minister accountable to the legislature. In 1993 it signed the Europe Agreement for seeking membership in the European Union. New market infrastructure was adopted and land and property were made private. United Democratic Front came to the political stage while Bulgarian Communist Party renamed itself under Bulgarian Socialist Party (BSP). In 1996 Bulgaria lived through sever Banking and Currency Crisis. The value of the Bulgarian lev fell and there were shortages of basic goods such as bread and gasoline. At that time, the Prime Minister of Bulgaria was Zhan Videnov, the leader of BSP. Because of the current events he lost the trust in the Bulgarian Socialist Party. After that the UDF came to power through elections. Slowly but surely Bulgaria started to integrate itself to the Western World. In 2004 the country was accepted in NATO and in 2007 it became member of the European Union.

After Bulgaria’s liberation from the Ottoman Empire, the country went through various systems. Mostly the division of the population was expressed via pro-Russians and pro-democrats. The ruling parties as well as the people could not agree what is the best system of ruling and whether they should be oriented towards the Soviet Union or the Western World. After the Communist regime failed, the path of democracy took place. Bulgaria is now thriving, being stimulated by the European Union to fight corruption, to increase the standard of living and to support the private sector, thus, helping the economy to grow.