Bosnian and Herzegovinian political system: "It is complicated" 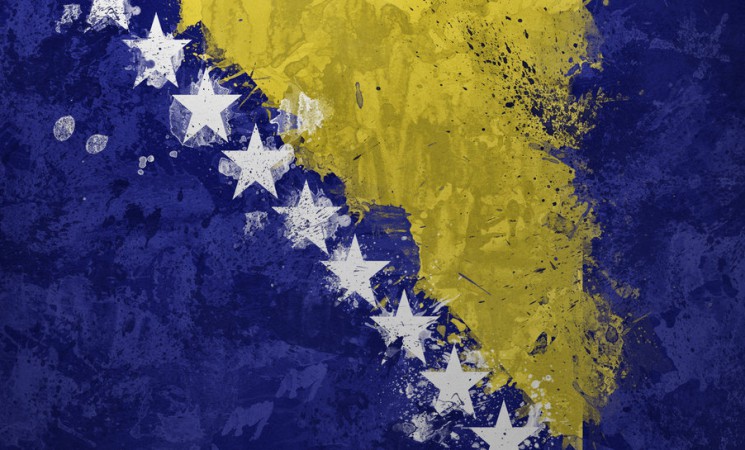 The world’s most complicated political system explained in 1200 words

The most likely word that someone familiar with the workings of the Bosnian and Herzegovinian political system would use to describe it is “complicated”. Similarly, those learning about it for the first time often are left perplexed. However, during my undergraduate education, I took a course called “Political system of Bosnia and Herzegovina”, and the first thing the professor said in that class (possibly to encourage people to stay and not drop the class) was that the system was “complex, but not complicated”. By the end of the course, I came to share his opinion and in this piece, I will try to outline the basics of the Bosnian and Herzegovinian political system in hopes that it fosters a heightened understanding of the political, economic, and social climate in Bosnia and Herzegovina. Moreover, I deem it would be useful and interesting for anyone with an interest in power-sharing political arrangements.

The structure of B&H political system is outlined in its constitution. The constitution of B&H is the Annex 4 of what is commonly known as Dayton Peace Agreement. It represents one of the rare cases of constitution of a country being a part of a peace agreement and some of the sentiment in B&H is that it was “imposed” on citizens, rather than being a product of their own will. While the Dayton Peace Agreement did establish a highly complex system of governance, it did also succeed in putting an end to fighting.

B&H political system cannot be described as simply presidential, semi-presidential, or parliamentarian. Rather, it is a hybrid one, mixing elements of presidential and parliamentarian systems. The country is divided into two entities: the Federation of Bosnia and Herzegovina, and Republika Srpska. In addition to the two entities, there is a self-governing Brcko District, which is formally under joint administrative control by both entities. The form of government in B&H is based on a power-sharing approach called consociationalism. This power-sharing is centered around three constituent peoples identified in the constitution: Bosniaks, Croats, and Serbs. Each ethnic group is guaranteed an equal share of power in decision-making. Nowhere is this parity of constituent peoples better illustrated than in the Bosnian Presidency composed of three members: a Bosniak, a Croat, and a Serb. Similarly, the House of People (upper house of the national parliament) is composed of 15 members: 5 Bosniaks, 5 Croats, and 5 Serbs. This means that anyone not belonging to these three groups cannot run for the positions in the Presidency or House of Peoples. The Sejdić-Finci case, where two individuals from Roma and Jewish minorities challenged these provisions, was decided in their favor in 2009. Nevertheless, B&H is yet to pass constitutional reforms that would allow minorities (or those who simply identify themselves as Bosnian-Herzegovinians) to run for these offices.

One can only vote for a single member of the presidency and only for those they are eligible to vote for based on their place of living. Citizens of the Federation of B&H may vote for either Bosniak or Croat member of the Presidency, citizens of Republika Srpska vote for the Serb member of the Presidency, while the citizens of Brcko Disctrict have the option to decide which member they want to vote for. The presidency is in charge of foreign and military affairs, as well as determining the budget of state-level institutions.

The Chairman of the Council of ministers (equivalent to Prime Minister) is nominated by the Presidency and approved by the House of Representatives. He/She nominates ministers and thus creates a cabinet that is in charge of putting into legislation the decisions of the Presidency, the areas of security, defence, fiscal and monetary policy etc.

The Federation of Bosnia and Herzegovina is structured as a decentralized federal entity with a parliamentary system of government. It possesses a president and a strong bicameral legislature and is further divided into 10 cantons, each canton possessing its own government and relative autonomy on areas such as education and health care, or full autonomy in areas such as making and conducting cultural policy, and establishing and controlling police forces (which have identical uniforms for the entire Federation with Cantonal insignia). Republika Srpska, on the other hand, is organized akin to a centralized presidential system with the office of the president being more powerful than the one in the Federation of B&H. In addition, the entity also possesses its own unicameral parliament.

Veto power, one of the four crucial characteristics of consociationalism as described by Lijphart (1977), is strikingly powerful in Bosnia and Herzegovina. For a law to pass, in any of the two bodies of national parliament, at least one third of the representatives from both entity need to vote in favor in addition to the overall majority. Moreover, in order for a law to pass in the House of Peoples, there needs to be a quorum of nine representatives, provided that at least three representatives from each group of constituent peoples is present. This, in turn gives the groups the possibility to block the legislative process by simply not showing up. Another option is to invoke vital national interest, claiming that a particular decision by the parliament is going to be harmful to one group of constituent peoples. In that case, such decision has to be approved by a majority of Bosniak, Croat, and Serb delegates who are present and voting. Hypothetically speaking, a certain decision may be passed with 9/15 votes in favor, while a different decision may not pass with 12/15 votes in favor.

Constitution of Bosnia and Herzegovina. Accessed at: http://www.ccbh.ba/osnovni-akti/ustav/?title=preambula

Constitution of the Federation of Bosnia and Herzegovina. Accessed at: http://www.bihdaytonproject.com/wp-content/uploads/2011/06/fbih-constitution.pdf

Constitution of the Republika Srpska. Accessed at: http://www.ohr.int/ohr-dept/legal/laws-of-bih/pdf/001%20-%20Constitutions/RS/RS%20CONSTITUTION%20OF%20REPUBLIKA%20SRPSKA.pdf

Previous article Media coverage in Croatia and Serbia on recent war crimes convictions Next article Where will Macedonia go? Left, Right or Straight to NATO?