Corruption: The Public Secret in Bulgaria 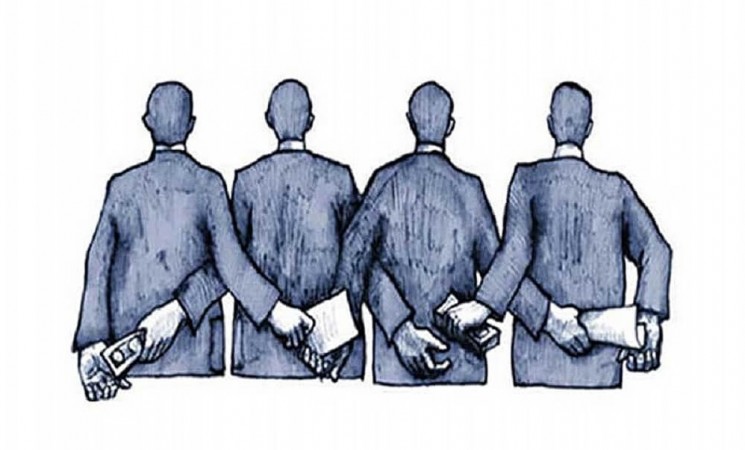 Last October 2019, reports about the violation of electoral law were frequently made public in Bulgaria. Even though labeled as a criminal offense, the most common violation of the electoral law were the buying and selling of votes, which is why a topic that should be considered worth discussing is the corruption in the country. Now, generally speaking, the Bulgarian Criminal Code does forbid several types of corruption, among which are bribery of local and foreign officials [i] and extortion [ii]. So, why does it appear that corruption is present from the bottom to the top layers of society? Certainly, an answer to this question cannot be given in this short article, but it can be attempted to give you an overview of corruption in all those layers of society.

Before proceeding, it is worth mentioning what corruption is. According to the United Nations’ Global Program Against Corruption (2004), there is “no single, comprehensive, universally accepted definition of corruption” (p. 10). But for the sake of clarity, it will be relied on the definition that reappears in literature. Thus, corruption is claimed to be identified as an abuse of power, roles, or resources for personal gain (Kurer, 2005; Johnston, 2005; Amundsen 2000; Tanzi 1998). This definition reflects on events occurring in the public sector in Bulgaria.

When speaking of corruption, the stakeholders, which are often cited, are the judiciary and law enforcement.

From the side of the general public, trust in the judiciary remains low. The core reason for that is because the public believes that magistrates can be easily influenced and pressured [iii]. For instance, bribes in exchange for favorable decisions are frequent. Additionally, the currently anti-corruption legal framework in the country appears to be ineffective. According to the European Commission (2019), Bulgaria should adopt a new anti-corruption legal framework that reflects the goals of the anti-corruption strategy. The country has also been recommended to establish an effective anti-corruption authority that can adequately deal with corruption offenses. In a similar vein, there is a high risk of corruption in law enforcement.

Corruption and impunity are common to Bulgaria’s police [iv]. According to the United States’ Annual Report on Human Rights Practices (2018), the government has mechanisms for investigating to punish abuse and corruption. However, the implementation of these mechanisms is inadequate, and impunity continues to be a problem. The issue of corruption, however, does not seem to end here. It also affects the public sector.

The Business Anti-Corruption Portal (n.d.) states that bribes are widespread when dealing with import and export. The corrupt practices in the country happen to eradicate fair market competition and leave a limited number of opportunities to foreign investors.  These types of practices, according to the Bulgarian Industrial Association (2019), are the main contributors to the lowest level of direct investment in the country in the past ten years. Between the years of 2008 and 2018, foreign direct investment has decreased from 28 percent to 2 percent [v].

The dysfunctional system, the lack of public trust and development due to corruption appear to hinder the social and economic development of the country. Regardless of the progress that the country has made to fight corruption [vi], additional efforts are necessary for eradicating it.

Eradicating it would certainly not be easy, and the local elections from last October illustrate that. The local elections show that corruption spreads not only on higher but also on a personal level.  Or why would votes be sold/bought if there were not a high demand? It is a public secret that those same political parties fighting against corruption want to get some extra votes in exchange for money. Also, people from the electorate do not mind receiving pocket money.

The tolerance (and indifference) depicted through the actions of some members of the electorate is equally alarming to the actions (and lack there of) of the people in power. This brings us to the questions: should we only focus on establishing a mechanism through which to fight against corruption, or should we also focus on changing the mentality of society?

[v]See: Thvard, B. (February 11, 2019). Why do foreign investors leave Bulgaria as if it were the Titanic? Retrieved from: https://www.euractiv.com/section/economy-jobs/opinion/why-do-foreign-investors-leave-bulgaria-as-if-it-were-the-titanic/

[vi] European Commission (2019). Report from the Commission to the European Parliament and the Council on progress in Bulgaria under the Cooperation and Verification Mechanism. Retrieved from: https://ec.europa.eu/info/sites/info/files/progress-report-bulgaria-2019-com-2019-498_en.pdf

Bulgarian Industrial Association (2019). Radosvet Radev: What we need is a more active governmental policy which will lead to an investment improvement. Retrieved from: https://en.bia-bg.com/news/view/26285/

European Commission (2019). Report from the Commission to the European Parliament and the Council on progress in Bulgaria under the Cooperation and Verification Mechanism. Retrieved from: https://ec.europa.eu/info/sites/info/files/progress-report-bulgaria-2019-com-2019-498_en.pdf

Previous article "Everyone should have the same rights and the same opportunities within the society" Next article Turkey’s Trilateral Mechanism - A Stabilization Factor in the Balkans?

Eleonora Dimitrova was born and raised in Bulgaria and currently lives in the Netherlands where she obtained her B.A. in European Studies and M.Sc. in Political Science. Eleonora Dimitrova has a strong interest in the history and current political affairs in Central and South-Eastern Europe. An example of a topic that she has recently explored concerning those regions was related to the integration of ethnic minorities in Bosnia and Herzegovina.