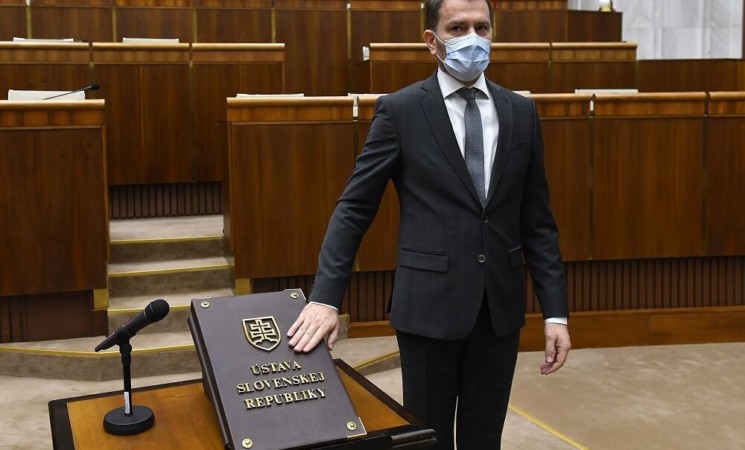 Despite the weak and badly prepared health-care system, Slovakia has the lowest per-capita coronavirus death rate in all of Europe. Now, with the quick reopening of its economy, Slovakia’s rapid response appears to be bearing its fruits.

Only six days after the first case of coronavirus was reported in Slovakia; the outgoing government has implemented strict measures to contain the virus. The crisis council announced the closing of schools, shops, airports and introduced compulsory state-organized quarantine for people arriving from abroad and border checks. By doing so, the country became among the first ones in Europe to act rapidly to stop the virus. However, the rapid response was only one of the many factors contributing to the success of Slovakia’s fight against the virus.

The election of the new government in late February may have been a positive factor on its own as the coalition government took a different approach towards the pandemic. Immediately after its appointment in mid-March, prime minister Igor Matovič established a permanent crisis group consisting of specialists from fields such as infectiology, biochemistry, IT, and medicine. Their main task has been to coordinate and advise all the decisions the government has taken to contain the virus. Furthermore, an emergency help fund was established by the government with a transparent bank account to support the ones most affected.

Since the beginning of the lockdown, new prime minister Igor Matovič kept asking for responsibility and solidarity from the citizens. Led by the example of the government officials and TV reporters, people started to wear masks even before it was made compulsory. Furthermore, they started to make them themselves and distribute them for free to other people. Other people helped by volunteering at their local hospitals and city councils.

In the midst of a pandemic, governmental efforts were also strongly supported by cities and counties. Cities such as Bratislava or Banská Bystrica have established services for the elderly through which they were delivered food or any other necessities they needed. In some cases, older people were even provided with a telephone line where they could call and talk if they felt lonely. The majority of such initiatives have been operated and set up by citizens, who became volunteers offering their time and work.

An initiative “Who will help Slovakia?” was set up by business owners and other volunteers to collect, coordinate and distribute, financial and material help to healthcare facilities and its workers. So far, they have collected 1 314 228,27 euros donated by businesses as well as individuals.  Majority of the funds were used to buy protective gears and necessary materials for healthcare facilities, hospices and professions on the first line. With the easing of the restrictions and re-opening the economy, the initiative has ended.

Now with the gradual easing of restrictions and re-opening of the economy it seems that Slovakia’s response and all efforts to contain the virus are bearing its fruits. It was not only the governmental decision, but also the solidarity and responsibility of the citizens, businesses and cities who contributed to the current positive state. Although the effects of such a response on Slovakia’s economy are still in question and may cause future problems, for now it seems that Slovakia is a success story in the fight against COVID-19.

Previous article The new East-West divide? Why are CEE countries experiencing lower numbers of coronavirus deaths and infections Next article COVID-19 in Romania: Not Great, Not Terrible