Gender is the new migrant 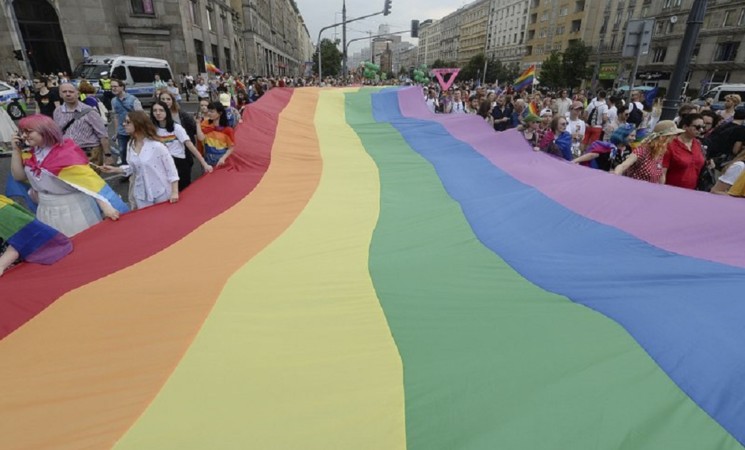 Since 2016, populist and far-right parties in several countries have used anti-migration rhetoric to spark fear of the non-existent, assure votes and divert attention from domestic policy issues (1). The rhetoric allowed populist leaders to secure large portions of the vote and implement increasingly nationalistic policies. However, the vehement rejection of refugees was a double-edged sword. The quota system was rejected and the migrants, which the electorate was conditioned to be afraid of, did not show up. Though some populist parties still use the migrant card to get votes and divert attention from important policy issues, the narrative is not as effective as it was in the midst of the crisis. A need arose for a new enemy.

The refugee crisis highlighted how nationalism was becoming a more defining influence in policy, than the wishes and guidelines of the EU (2). Now, as the EU’s leverage power is declining, countries are looking to define their identities also in terms of cultural values. For some, that also means questioning the Western emphasis on universal human rights, and promoting a more traditional view on family, values and inequality. The new enemy of the nation state is broadly defined as „gender ideology“(3).

This term is generally used to describe the liberal view on gender related debates, such as protection of the LGBT minority, pro-choice policies and feminism. However, the way the term is used differs per country. Poland, which traditionally had very restrictive abortion policies, is now also turning against LGBT people. Intolerance has risen in the recent years (4), there have been clashes of Pride marchers and anti-LGBT protesters (5), and several cities declared themselves LGBT free zones (6). The leader of the governing party has warned that ‘gender ideology‘ is a threat to the nation and the Polish identity (7). Those words seemed to have the desired effect on the population, as Polish men under 40 actually named ‘gender ideology‘ as the biggest perceived threat (8).

While the trend may be not so shocking in Catholic Poland, it is quite surprising in the relatively secular Hungary. The situation of the LGBT minority has deteriorated over the years (9), culminating in the recent passage of a law banning the legal change of gender on documents (10). While this move seemingly came out of the blue, LGBT activists anticipated it. According to some, they observed that the effect of the anti-migrant rhetoric was declining, and the government was making statements suggesting they could be the next target of the hate campaign (11). Rather than true homophobia, they say this move is a pure campaign trick, aimed to mobilize conservative voters against a manufactured threat.

Another notable campaign topic is the EU’s Istanbul convention on preventing and combating violence against women and domestic violence. Due to its mention of gender roles and classification of gender as a social, rather than biological category, it has also been seen as a document promoting ‚gender ideology‘. In Slovakia, Bulgaria, and briefly also Croatia, the document was widely discussed as an effort of the EU to impose liberal standards and promote feminist and pro-LGBT values on the Eastern countries (12), (13).
In Slovakia, gender and LGBT have effectively been used as offensive words, and campaigns warned of them threatening ‘traditional families’. Additionally, despite the fact that abortion has long been protected and its rates have declined over the years, it has once again become a widely discussed and contested issue (14). Slovakia stands out from its neighbours due to its recent wave of protests over the murder of a journalist, which brought great change to political culture as well as the government. Because of it, corruption at the highest levels was the main topic of the recent election campaign. Unfortunately, gender ideology was the second biggest topic, used to direct attention away from the real problems (15). Smer SD, the political party most associated with the murder, has built its campaign on ignoring the issue of corruption and warning of the twin threat of migrants and gender ideology (16).

However, if these moves are clearly campaign tricks, why are they so successful?
The current situation is not disconnected from other political and historical developments. For several years, the region has been experiencing a disillusionment with the EU, and a questioning of the order established after the 1989 revolutions. This development has been characterized as ‚the decline of the Western myth‘, and comes with a reconsideration of not only democracy and neoliberal economics, but also cultural and religious values (17). The Polish party leader characterized gender ideology as ‘imported’ values (7). Much like membership standards and EU regulation, these values are now seen as something imposed by the West on the East. And with disillusionment with national politics, the scarecrow of Western values is the only campaign trick that can still mobilize and polarize angry voters. Unfortunately, as refugees before, now women and the LGBT minority will end up suffering at its cost.

Previous article Contact-Tracking Technology: Solution for Pandemic or Loss of Privacy? Next article Unexpected outcome of the Croatian parliamentary elections

Maria Zilincikova grew up in Slovakia and is now a bachelor student at University College Maastricht. She studies public policy and communication, specializing in CEE countries. She is interested in supporting the cooperation of civil society organisations in the region. She is also a diaspora volunteer for Transparency International Slovakia.