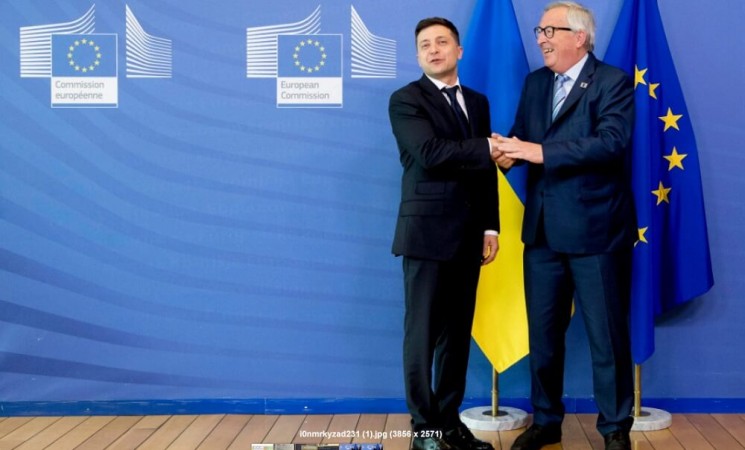 The end of the Ukrainian Orange Revolution in 2004 was marked with the win of Victor Yuschenko. While his presidency he asked for the EU candidate status and forwarded Ukrainian foreign policy based on the guidelines of the pro-European platform. At that moment, both sides required each other in terms of mutual stability, prosperity, economic and political reliability. Under the presidency of Yuschenko Ukraine has chosen the political agenda.

When Yanukovich became a president, the concerning issue was Ukrainian foreign policies toward the EU that became changed. The parliamentary hearings at the Verkhovna Rada about the possible perspectives of the relations between Ukraine and the EU and the Customs Union and Ukraine were launched. Ukraine had long debates over the DCFTA (Deep and Comprehensive Free Trade Area) and Eurasian Customs Union, however, Ukraine’s civil society was to a significant extent on the side of the Ukraine-EU DCFTA. The European endeavours of Ukrainian citizens were at risk in November 2013. The decision claimed by the leadership of Ukraine was that they refuse to sign the Ukraine-EU Association Agreement.

After peaceful protests, civil war evoked and the interim authority relived Ukrainian course towards joining the European Union. Lately, in June 2014 the Association Agreement was signed with further ratification in September 2014, during the presidency of Petro Poroshenko.

In the years 2014-2018 this Agreement was the ground of Ukraine’s aspirations about the integration and full membership in the EU in the future. Overall, Ukraine-EU relations are based on:

Before the Agreement came into force and even still, there are misunderstandings and myths that were created by politicians of the old power. The analytical platform VoxUkraine has a good article on this topic. Main concerns, which are spreading among the civil society, are linked with menace to agriculture, Ukrainian corruption, the referendum, the consequences of the FTA with the EU.

After the presidential elections in Spring 2019, Volodymyr Zelensky took the presidency. So, how did European aspirations of Ukrainians change? Moreover, it is interesting to look at the current state of Ukrainian foreign policy toward the EU, since a vast variety of changes were performed by the new government. The shift from the Poroshenko’s state leadership to Zelensky was not smooth and is still not over. As stated in the article “Zelensky unchained: What Ukraine’s new political order means for its future” the new president changed nearly all areas of the old regime, by convening a completely new Ukrainian parliament.

Currently, almost half of Ukrainians think that the path of Ukraine should go towards Europe and the West. The second part tends to the notion about finding Ukraine’s own way of improvement, while there are some who back the idea of joining Russia.[1] The EU still remains an inspiring model, however very diverse at the same time in a view of the number of members. The new legislation that will develop and enhance closer custom cooperation between Ukraine and the EU is launched under the presidency of Volodymyr Zelensky.

However, the act made by the Parliamentary Assembly of the Council of Europe (PACE) in June was not accepted in Ukraine. They returned the Russian delegation despite the imposed sanctions and adopted resolutions about “the restoration of territorial integrity and sovereignty of Ukraine.”[2] Amendments that were made by members of Ukraine’s delegation were rejected or had no support. Former Minister of Foreign Affairs commented that the reason for that could be to get the opportunity to influence Russia. Moreover, the reappearance of the delegation of Russia does not mean that there will be no more political struggle.

On the latest meeting of the NATO-Ukraine Commission on October 31 in Kyiv, the President of Ukraine mentioned the ongoing reforms in the area of country’s defense, which bring reinforcement of the rule of law and democracy as well. This means that Ukrainian authorities are on the path of performing and complying with the recommendations of the NATO and the EU.

Under all circumstances, it takes a lot to define whether Ukrainian aspirations changed drastically. At the moment, Ukraine is trying to find own path to independence and facing internal conflicts, such as the demonstration that was held in October 2019 with a slogan “No surrender” as a protest to give the occupied Donbas region a permanent special status.[3] Given the fact that Ukrainians still feel vulnerable about Ukraine’s national interests. Ukraine is seeking help from Western countries in terms of financing and from the ideological viewpoint.

My name is Daria Aslanova. I am currently completing my Master studies in International Relations and Diplomacy at Anglo-American University, Prague. I had my background in International Economic Relations. My future Thesis is focused on hard relationship between Russia and Ukraine with the focus on hybrid warfare strategy. My research interests are the concept of securitization and the phenomenon of hybrid warfare. I am interested in activity of NGOs and in future I want to be focused on problems which hinder the countries of the East-Central and Southeast Europe.