Turkey’s Trilateral Mechanism - A Stabilization Factor in the Balkans? 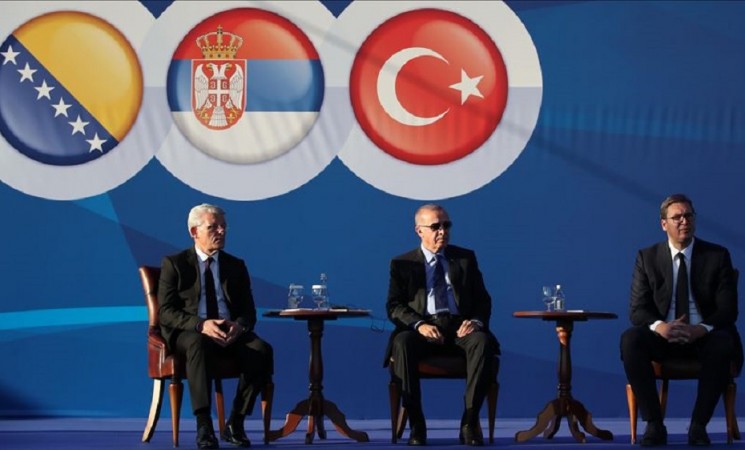 Recep Tayyip Erdoğan's recent visit to Belgrade and the trilateral meeting between the presidents of Turkey, Bosnia-Herzegovina and Serbia have once again brought up to the surface the narrative of Turkish influence in the Balkans. The idea of trilateral mechanism was born in 2009 as Ankara's unique foreign policy vision, and the first meeting was held already in 2010 in Istanbul. The primary reason for the last meeting in Serbia was to officially launch works on the Sarajevo-Belgrade highway, which will be largely funded by Turkey.

In the contemporary international politics, foreign policy is in many ways a direct reflection of the economic interests of the country. Therefore, the rationale behind holding a trilateral meeting is to enhance trade cooperation between the participants. At the last meeting, Turkey successfully combined several goals of its own, two of which stand out - the construction of the Sarajevo-Belgrade highway and the opening of new factories in Serbia. According to current statistics from the Turkish Statistical Institute, Turkey has a total of €200 million in investments in Serbia. This represents an enormous increase since 2011, when there was only €1 million in investment. Ankara sees Serbia as the key to maintain stability in the Balkans, given its population size, market size and strong economy. This kind of Turkish foreign policy also breaks the stereotype that its investments primarily go to predominantly Muslim countries, such as Bosnia and Herzegovina, Kosovo or Albania. However, this is not the case in the Balkans. For instance, 2018 data shows that Turkey is not even among the top ten investors in Bosnia and Herzegovina.

Through the establishment of the trilateral mechanism, Turkey has also played an important role in maintaining regional peace and facilitating cooperation. Currently, the most significant example is the beginning of construction of the Sarajevo-Belgrade highway, which will connect not only Sarajevo with Belgrade, but also key locations in Republika Srpska with Serbia, and majority Bosniak cities in Bosnia with Bosniaks in Serbia. Therefore, Turkish President Erdoğan also said that the newly built highway would be the "peace road" in the Balkans. Ultimately, this could lead to greater inter-dependence, and thus greater cooperation between Bosnia-Herzegovina and Serbia. Additionally, it could facilitate the transportation of Turkish products and increase the presence of investors in Bosnia and Herzegovina. During the meeting, it was agreed that the trilateral mechanism will be organized in the following two years as well - first in Bosnia and Herzegovina and then in Turkey.

Previous article Corruption: The Public Secret in Bulgaria Next article China in the Balkans – Part 1: Bosnia and Herzegovina