The Question of Reproductive Rights in Poland

Home Essays The Question of Reproductive Rights in Poland 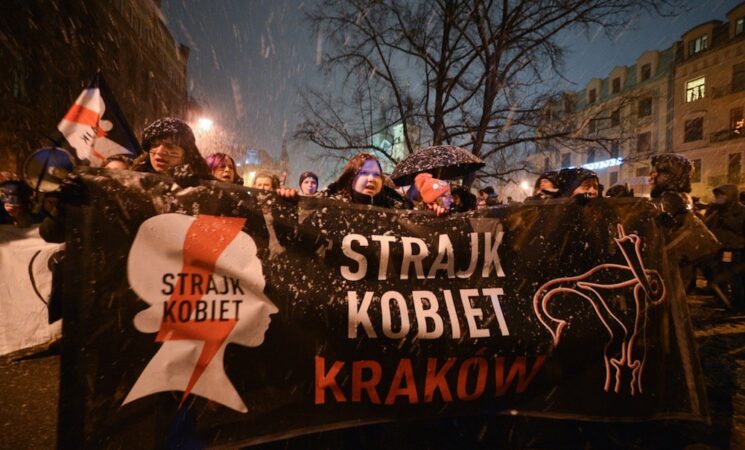 On 22rd of October 2020, Poland's Constitutional Court ruled abortion in case of foetal defects and severe foetal impairment to be unconstitutional. This decision would further restrict access to abortion in a country that already has very illiberal legislation regarding this medical procedure. It is estimated that around 1,000 legal abortions are performed every year in Poland with 100,000– 150,000 Polish women travelling abroad for pregnancy termination, usually to neighbouring states (1). Evidently, restrictive abortion laws affect significant number of women in Poland; hence it was not unexpected that this controversial decision sparked protests across the country.

Regarding the question of legality of abortion in Poland, it is important to take into consideration that laws regulating pregnancy termination were notably less restrictive under the communist rule. With the dissolution of Soviet Union, Poland gained control over their national affairs and the Catholic Church acquired significant amount of power and started engaging in public matters, including reproductive rights. This resulted in limitations of abortion practices in 1993, making Polish abortion laws one of the strictest in Europe (2). Statistics show that abortions in case of foetal anomalies account for approximately 98% of total number of abortions performed in this country (3). This data illustrates that the bill in question effectively places almost a complete ban on abortions in Poland, a medical procedure which is already significantly limited in this country. With this bill, abortion is only allowed in case of health risks for the mother, incest, and rape.

The protests that took over the country were not the first of this nature. Current Polish leadership, Law and Justice Party (Prawo i Sprawiedliwość, PiS), came in power in 2015 and has previously been criticized for its conservative policies and non-democratic approach. Following their re-election, the party has advocated for media outlets to be placed under the management of the state, policy which would practically censor privately owned media institutions as well as the opposition voices (4). PiS has also strengthened their position in the country by continuously appointing their supporters to the Constitutional Court (5). Considering the rather autocratic leadership, it is evident that Poland went against principles and values of democracy, even in the context of reproductive rights. In 2017, a bill was proposed to make emergency contraception prescription-only, effectively limiting the access to this form of birth control (6). One year prior, Polish government has attempted to impose an absolute ban on pregnancy terminations. With the Church being notably influential in the country, citizens who oppose abortion called for government to completely outlaw this medical procedure and make it punishable for medical practitioners who would perform pregnancy termination up to five years in prison (7). National strike took place in the aftermath of controversial policy and the government conceded. However, the battle resumes four years later.

It is evident that Poland currently experiences a democratic crisis which is not only limited to illiberal reproductive rights. Constant democratic backsliding was met with condemnation from the European Union’s officials who called for Poland to respect the rule of law (8). Poland’s conservative character is certainly being amplified by influence of the religious institutions which leads to deep ideological and socio-political divisions of Polish citizens. Following the 2020 Strajk Kobiet, the government has decided to delay the implementation of the controversial abortion ban (9) and the pregnancy termination in case of foetal impairment remains legal. Evidently, scenario from 2016 repeats and it is unclear how Poland will proceed in an attempt to appease both conservatives in power and more liberal-oriented opposition. However, it is safe to say that question of legality of abortion in Poland rights remains unsolved, by both sides.

Previous article The EU in Western Balkans: Cases of Albania and North Macedonia Next article “As in war, we will support one another”