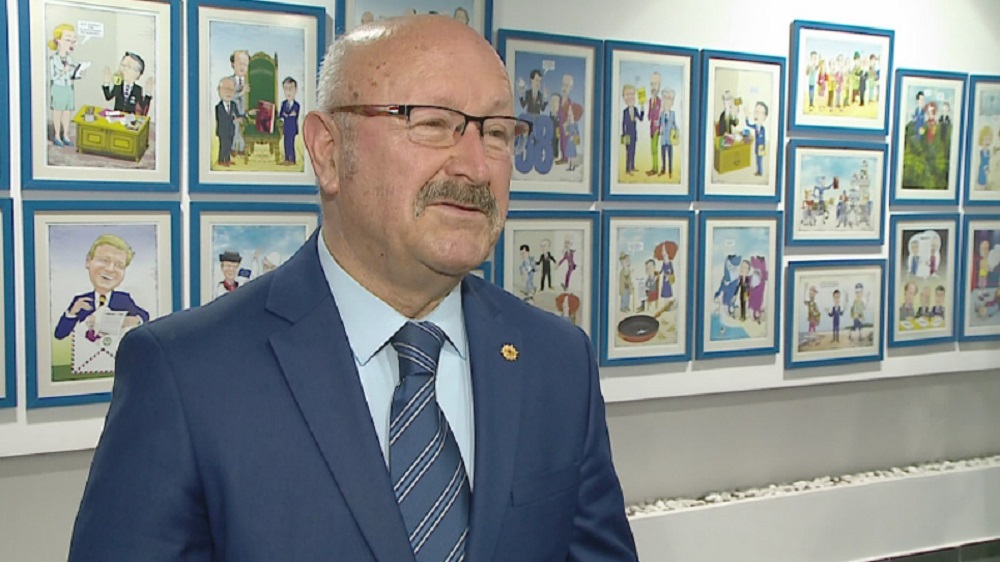 Bujar Kapexhiu was born on March 22nd, 1944 in Tirana, Albania. He holds three degrees from the Arts Academy, as an actor, director and painter. He has made about 25 animated films, for some of which he has won awards in various festivals, in Albania and abroad. Bujar Kapexhiu has had a long pedagogical career, initially as a lecturer at the Arts Academy and then at the European University of Tirana.

At the same time, he has been involved in cartoon art, which has been published in various magazines and newspapers. He has participated in many national and international exhibitions and has won several awards. In addition to that, Bujar Kapexhiu has published several cartoon books, mostly political cartoons, as well as several illustrated books for children and adults. He also is the organizer and creator of many TV shows. Bujar Kapexhiu has been awarded by the state with several decorations, including the highest title of all, “Honor of the Nation”.