Local Government in Slovakia: A land full of municipalities

Home Kommunalpolitik in MOSO Local Government in Slovakia: A land full of municipalities 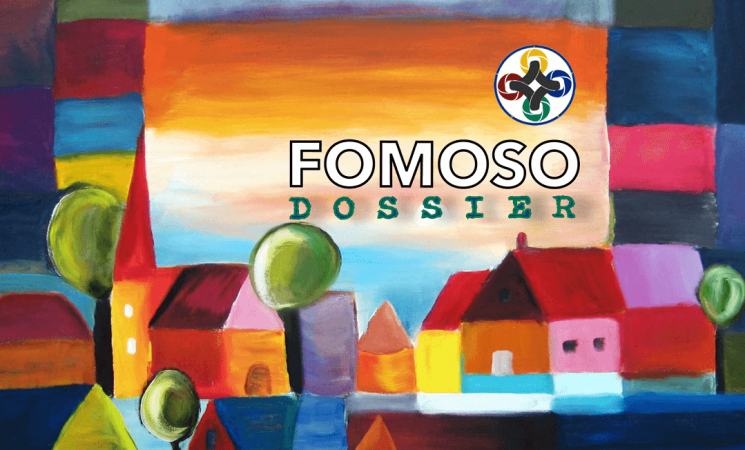 Slovakia, a relatively young and consolidated democracy, has underwent many reforms once the Communist regime collapsed and since the split with the Czech Republic. During the transition period, Slovakia has adopted many reforms regarding the change of public administration and one of the major changes has indeed been that of separating local governance from local state administration. Moreover, the Communist feature of a centralized state, has been replaced by a strong decentralization, which allows local authorities to administer themselves with a great autonomy.

As a result, Slovakia’s local government has been properly democratic structured and is represented by municipalities, cities and cities with a special status.

In the aftermath of the collapse of Communism, the second free elections in 1992 created a new environment enabling political forces to agree on the split of Czechoslovakia in two states. The “divorce” was realized in a peaceful way but without the presence of democratic institutions. Neither in Czech Republic, nor in Slovakia, there was a popular majority supporting the dissolution of the Czechoslovakia. The new independent Slovak Republic came into being and adapted to the democratic liberal economic system initiating a series of reforms.

The new system of local government was introduced in Slovakia in 1990, when the reform took place and citizens started to play a central role in the electoral body of the municipal authorities. The aim of the new reforms was to replace the old ‘socialist system. Since then, Slovakia has done considerable steps towards a more democratic and decentralized local government.

If we look back at the Hungarian domination in the X century, the Slovak public administration fully assimilated the Hungarian system which strongly privileged the role of municipalities. Such features have shaped the Slovak administrative system which further developed some of the modern characteristics in 1918, such as the civil service law and a stronger status of municipalities. Although the public administrative system was pretty centralized, it is during these years that Slovakia started to develop a democratic civil service as part of the market economic environment.

Some years later after the end of the WWII, the administration system was reorganized and mainly controlled by the Communist Party and its political entities. The following features will characterize the system until the collapse of Communism. Moreover, as of 1968, a federal system was introduced and was composed of a federal and two national parliaments, as well as a central and two state governments. The legislative power by the Federal Assembly, the Czech National Council and the Slovak National Council, while the executive role is performed by the Federal President, the Federal Cabinet, the Czech Cabinet and the Slovak Cabinet. While both the legislative and executive powers were represented at the central level, at the local level the national committees were directly controlled by the state.

Following the collapse of Communism and the Velvet Revolution, Czechoslovakia started to walk the road towards a pluralistic democratic administrative system and opting for a gradualist approach to a first stage of a wide series of reforms. During the transition period the main changes were the following:

“In accordance with the new Constitution of the Slovak Republic, the reestablishment of self-governing municipalities with a high level of independence was accomplished. The system of national committees was abolished before the country split, and in the Slovak part of Czechoslovakia thirty-eight district offices and one hundred twenty-one subdistrict offices of state administration were created. At the same time, many institutions of specialized state administration were established to address education, environmental protection, fire prevention and health care. This process divided local public administration into many separate, relatively independent structures, the negative features of which were atomization and fragmentation. The constitution also stipulated the creation of a level of regional self-government, but this structure has yet to be established even today, which has had important ramifications on public administration reform.”[1]

The second stage reforms were initiated in 1996, during which the territorial revision took place, the general local administration was restored and the process towards a self-government establishment was initiated. The reforms were adopted at the end of 1998, when the new political forces replaced the prime minister Vladimir Meciar and led to the current Slovak local government. A main priority of the new liberal government was to attempt to further reform the public administration.

After the 2002 elections the new wave of reforms mainly interested the decentralization, ‘by executing a massive transfer of competences from state to local and regional authorities and by promoting a radical change in the state administrative structure, marked by a return to the specialized system and the abolishment of the district offices’.

A major component of the last wave of the reforms in the Slovak self-government regarded the decentralization of governance, from the central authorities to the regional and local authorities. It also marks the last important change, since no reforms have been initiated in the period of the government led by PM Robert Fico. Compared to the other countries in Central and Eastern Europe, Slovakia has been one of the least decentralized countries until 1997. Until the 1990s local self-government in Slovakia was particularly centralized and non-democratic with limited access to finances.

Local self-government consists of municipalities and cities and the executive power is represented by the mayor which is elected directly by the citizens. The municipalities owe and administer their own finances which are overseen by the chief auditors.

Municipalities in Slovakia, described as administrative, economic and cultural centres, work as public service providing for the cities. According to the Section 22 of Act no. 369/1990 Coll. the National Council can decide whether the municipality can be a city, according to the following requirements:

“The municipality in question shall be an economic, cultural and administrative centre or centre of tourism or spa resort; shall provide services for the residents of surrounding municipalities; shall dispose of transport links with surrounding municipalities; shall be a urban built-up environment and shall have at least 5000 inhabitants. The law does not specify the administrative consequences of such a status”.[2]

The two main municipalities of the Slovak country are Bratislava and Kosice enjoy a special status and are structured in city districts. The Law 377/1990 on the Capital of the Slovak Republic stipulates that Bratislava is the capital and the city of the government and parliament and legally a municipality. The section of the city are also municipalities and as such have their own self-governing bodies and freely administer their own budget. Similarly, Kosice has the same status and the system of local government is similar to the one of Bratislava.

For what concerns the structure, Slovakia has two-levels of subnational government: the regional and self-governmental level and the municipal level. The latter concerns the urban and rural municipalities, three military districts and the city districts in Bratislava and Košice

Slovakia is at the penultimate place between the OECD countries for what concerns the size of municipalities, whose 85% can count less than 2000 inhabitants.

Today the local governments enjoy a high grade of autonomy, namely for what concerns decision-making an administration of local finances, which were still controlled by state in the ‘90s. The main competencies that expect to the municipalities regard the follo areas:

In addition, municipalities may pursue some tasks on behalf on the state, mainly in the field of education and construction, although the state is acts as the main responsible for the funding and quality of the delivered services.

Many scholars argue that territorial fragmentation is one of the main issues which regards both the municipalities and cities: “On the one hand, the number of municipalities is extremely high, and has increased continuously since 1989. The most part are very small municipalities: 68% have populations of less than 1000 inhabitants. On the other hand, regional authorities are not large enough to fulfil the criteria for NUTS II (under the EU cohesion policy terminology) and have been classified as NUTS III, which creates a potential to increase transaction costs in managing EU funds and in executing other responsibilities”.[3]

Today both local and regional governments benefit of a great level of autonomy and protection of the self-government, since restrictions and limits to the self-government can only be decided and initiated by parliamentary legislation. Even the role of prosecutors and Ombudsman is limited: they can only demand to review the measures but do not have the mandate to impose the revocation of those.

Local authorities can freely decide how to provide public services, according to the ‘wide span of self-government capacities’. However, this might be disadvantageous since they might have problem regard the misuse of fund administration as it has occurred in 2006, when local authorities have encountered economic difficulties.

The self-government bodies do not have a legislative role on both national and international level. Nevertheless, there are NGOs such as ZMOS (Association of Towns and Communities of Slovakia) that work to defend the interests and rights of municipalities and cities, promote the activities of local government, influence the national and international legislation to address local needs and issue of the local authorities and demonstrate a great level of network with EU institutions. Besides the EU funds, the Slovak regions and municipalities benefit of funds from international aid such as the Norwegian fund.

Local and Regional Government in Europe. Retrieved from http://www.ccre.org/docs/Local_and_Regional_Government_in_Europe.EN.pdf

Alexander ., Gyárfáš J.,Legal Research in Slovakia (Including a Brief Description of Slovak Political and Legal System)

Vejkoslav B, Local self-government in central and Eastern Europe - A strong and independent local-level management tool or just a paper tiger?, 2008.

Statistical Office of the Slovak Republic. Available at https://slovak.statistics.sk

Dethier J.,The Effectiveness of Decentralization in Hungary and Slovakia, 2000

Malova, D., The New Parliaments of Central and Eastern Europe

[2] Division of Powers. Available at https://portal.cor.europa.eu/divisionpowers/countries/MembersNLP/Slovakia/Pages/default.aspx

[3] Moreno A., Local Government in the Member States of the European Union: A Comparative Perspective, 2012.