EU-Funded Project in the Municipality of Srebrenica in Bosnia-Herzegovina

Bosnia and Herzegovina (BiH) is one of the countries that aspire to join the European Union (EU). Although the initial enlargement for the Western Balkan countries was imagined as the collective process, respective nations have taken different positions over time. However, what is common to BiH and other Western Balkan countries is that they represent the most economically underdeveloped part of continental Europe. One of the main causes of the current state of affairs is the dissolution of Yugoslavia and horrific war of the 1990s, after which immense losses were recorded. Primarily, this applies to human capital, infrastructure and the economy. Today, Bosnia and Herzegovina operates in its extremely decentralized post-Dayton political system, which makes the decision-making process long and uncertain. In the late 90’s and early 2000’s, there were attempts to restore the infrastructure and strengthen the economy through foreign aid. The European Union, which is still the largest investor in Bosnia and Herzegovina, has also played a major role.

Currently, the eastern part of the country is the least developed. One of the municipalities in the region is Srebrenica, which has become synonymous with the war in Bosnia and Herzegovina. After the 1995 Srebrenica genocide, this municipality was almost completely destroyed. In addition to human losses, most of the pre-war infrastructure was unusable. Refugee return process was slow, and those who had the courage to return found poor living conditions. Although a huge number of foreign donations have been made over the years, the progress was not evident. Before the war, this municipality employed about 10,000 workers. Today about 2000 people are registered with the unemployment bureau. Although the state apparatus should provide the business opportunities, the most of the social entrepreneurship projects are led by the CSOs, with predominance of foreign donors. 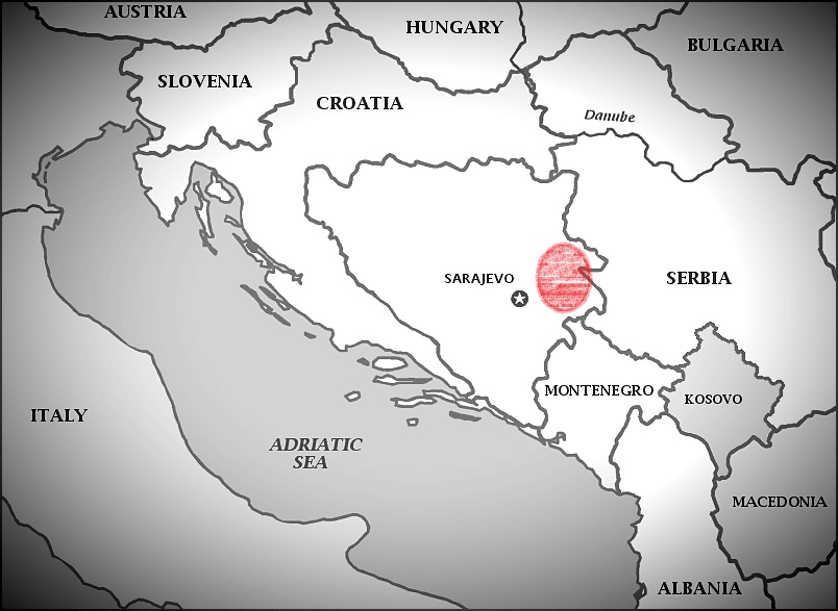 Although underdeveloped, Srebrenica is important because of its geographical location. Namely, after the signing of the Dayton Agreement, Srebrenica became the part of the entity Republika Srpska. Also, because of its proximity to the Drina River and the border with Serbia, it is an important transit area for exchange between the two countries. At the 20th anniversary of the Srebrenica genocide in 2015, a large number of events were organized by both domestic and foreign actors. In addition to commemoration on July 11 and burial in the Potočari Memorial Center, the most significant event of that year was the Srebrenica 2015 Investment and Development Conference. The event brought together some of the most prominent local and regional politicians, such as the current President of Serbia and the former Prime Minister, Aleksandar Vučić, the former Member of Presidency of BiH Bakir Izetbegović, and the former President of Republika Srpska and the current Member of Presidency of BiH Milorad Dodik. Also, a large number of foreign investors had the opportunity to see some of the successful and potential projects that could be implemented in Srebrenica. 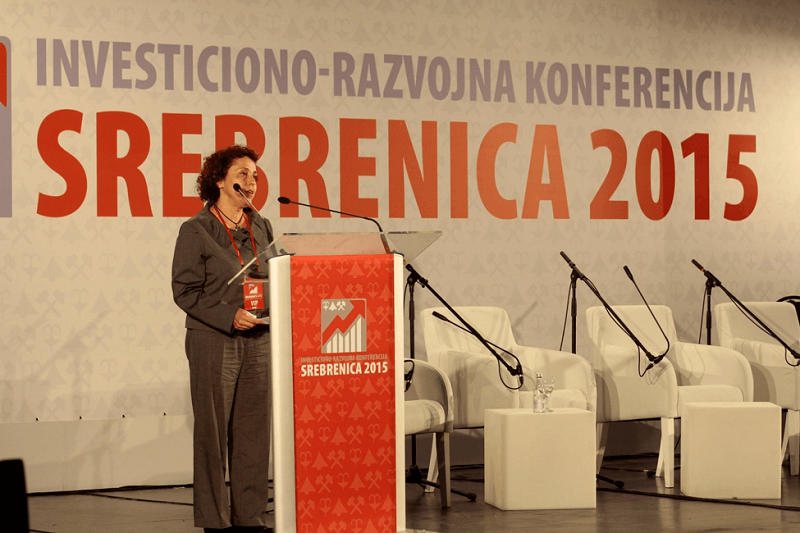 In addition to media attention, the conference resulted in a donation of Serbia in the amount of EUR 5 million to Srebrenica, as well as a donation of the entity of Republika Srpska in the amount of EUR 1.5 million. Also, positive examples and businesses from the municipality were promoted, and it was emphasized that the full capacities and potentials of Srebrenica must be utilized better. This applies primarily to natural resources such as water, ore and forests. The word “Srebrenica” has at its root the word “srebro” (silver), which indicates the large deposits of silver and other ores that have been exploited since the ancient period. Also, one of the pre-war symbols of the city is the Guber Spa, which offers healthy waters for various diseases. Today, this potential is not fully utilized.

Former Head of the Delegation of the European Union to Bosnia and Herzegovina, Ambassador Lars-Gunnar Wigemark also participated in the Investment and Development Conference “Srebrenica 2015”. He noted that the EU invested around 10 million Euros in various projects in Srebrenica prior to 2015. Particular focus in this period was placed on economic growth and opportunities that could reduce unemployment.

One of the major projects in the region of Eastern Bosnia is called “Inclusive Economic Growth and Employment Generation in Eastern Bosnia and Herzegovina – Birač Region.” It was conducted in four municipalities – Vlasenica, Bratunac, Srebrenica and Milići, which constitute the region known as ”Birač”. The area stretches from Vlasenica in the East to Srebrenica in the West. 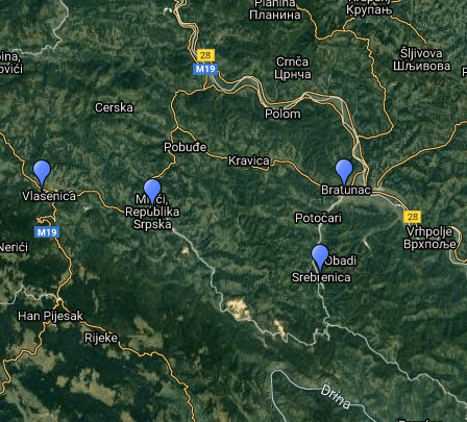 During the project, a large number of small and medium-sized enterprises (SMEs) received the funds needed to get started. It is particularly important to note that a large number of women have received grants, especially in the sector of socially endangered businesses. This initiative, called “Women Entrepreneurs for the Future”, is important because of the post-war empowerment of women in the region. A large number of women have suffered from horrific war crimes, and thousands have been left without husbands, brothers, children, and other family members. In a (still) very traditional Bosnian society, and especially in eastern Bosnia, women often take on/receive the role of housewife and are not overly involved in the business world. However, the unfortunate events taught them to be prepared to take on traditionally “male” roles in society, and in the process, they showed the strength and determination to become successful and independent. The EU contributed to the implementation of the project with EUR 500,000 and it was implemented from 2014 to 2016. In addition to the EU, Care International was the main partner of the project.

Agriculture and sheep farming are the key businesses within the project, since the whole of eastern Bosnia is fertile soil for such ventures. In particular, this applies to food producers who can promote their SMEs, realize the region’s potential and increase their competitiveness in the market. The donors believed that t was important to educate women entrepreneurs and strengthen their capacities in four municipalities. Through the project activities, 60 women entrepreneurs were educated and given the opportunity to present the business plans. Subsequently, 20 of them received financial support for the implementation of the projects. 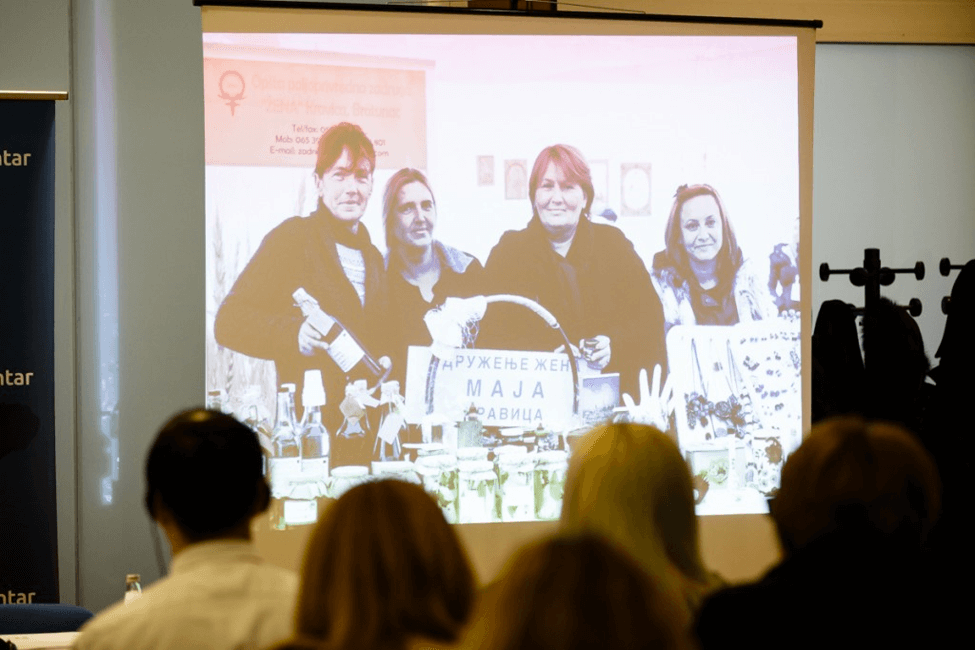 For example, one of the winners of the financial support was Muška Halilović, who is a sheep farmer. She stated that educators emphasized the importance of being focused on one idea, without trying to merge different businesses. In this way, she was able to remain focused on a specific project regarding sheep farming. Later, Muška was granted a financial aid for the improvement of the infrastructure capacity. Similarly, assistance was provided to Katarina Petrović, who also won a grant for her business plan. Katarina has been involved in the production of dairy products since 2005. Later, the EU provided the equipment needed to produce different types of cheese. Consequently, she managed to increase milk production as well as the number of cows. The final goal of both Katarina and the donors was to further develop a successful family business. A sustainable business model was the crucial segment of the project, and it was highlighted as one of the long-term goals of the organizers. In addition, Care International said that the expected result is a business environment for (mainly export-oriented) agricultural SMEs.