Thessaloniki: A Capital of Culture at the Bridge between Europe and Asia 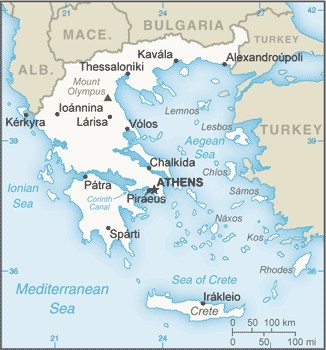 When thinking about Greece’s hub of culture, the plentiful museums of its capital Athens and its wonderful acropolis come to mind. Nonetheless, according to many, the true Greek capital of culture is Thessaloniki, a city that has more UNESCO World Heritage Sites than any other city in the country.

Not only does it  count on dozens of museums, theatres, art centres, and sculptures. Also, it hosts annual film festivals and is a renowned hub for creative activities.[1] After being awarded the title as “European Capital of Culture” in 1997, Thessaloniki hosted Artecitya: envisioning the city of tomorrow (2014-2018), a European project aimed at creating a platform for artists, architects, and town planners from different countries.

Thessaloniki is the second-largest Greek city and the major municipality of Greek Macedonia. Mindful of the onomastic disputes with neighbouring North Macedonia and motivated to sustain the alleged Hellenicity of Alexander the Great, the city proudly displays a statue of the legendary Macedonian at the gates of its massive port. This symbolic attempt is complemented by the monument dedicated to one of Greece’s most renowned philosophers such as Aristotle, located on the main square. 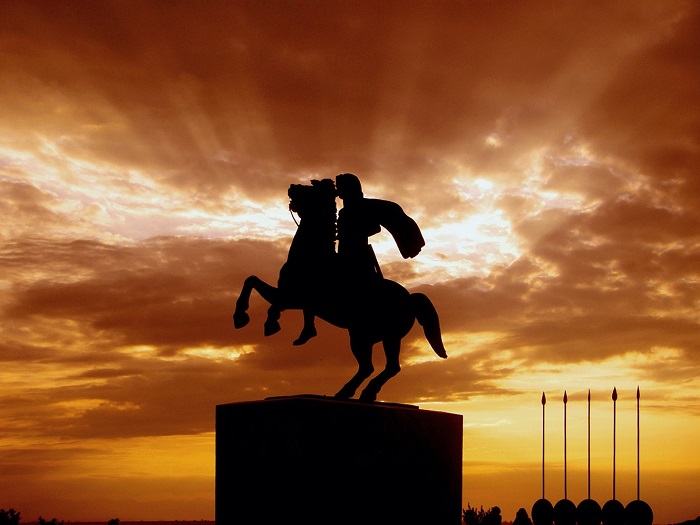 Statue of Alexander the Great in the port of Thessaloniki
Photo: Thanasis Papazacharias (source)

Built along the shores of the homonymous bay and distant only a few kilometres from the Calcidic Peninsula, Thessaloniki hosts the second biggest port in the country after the Pireus.[2] A crucial trade hub for trade between Europe and Asia for centuries, Thessaloniki used to be a historical cultural centre that acted as the former co-capital of the Byzantine Empire together with Constantinople (or, modern-day Istanbul). For this reason, nowadays, it presents a mixture of Byzantine, paleo-Christian, Ottoman, and Jewish influences.[3] Therefore, the decision to award Thessaloniki reflects the organisers’ symbolical willingness to value one of the cradles of European civilization.

Thessaloniki became the European Capital of Culture in 1997 accompanied by a majestic project of renovation and rebuilding of historical monuments. Conscious of the importance of rediscovering and revaluing Thessaloniki’s rich past, the choice to pick this venue as a European Capital of Culture represents the willingness to advertise and popularize the amazing wonders from the city’s past and make them accessible to everyone.

Such is the case, for instance, of the refined artworks from Mount Athos, a sacred mountain for Orthodox Christians exclusively populated by monks and strictly inaccessible to women and non-believers for several centuries. On this occasion, they were taken out of the monasteries and exposed in a public exhibition.  Similarly, archaeological excavations conducted under the framework of this project allowed experts to identify the original location where Thessaloniki’s first agora[4] was originally located. Subsequently, a concert animated by artist from many European countries took place, with musicians playing right on the glasses covering the historical findings below. 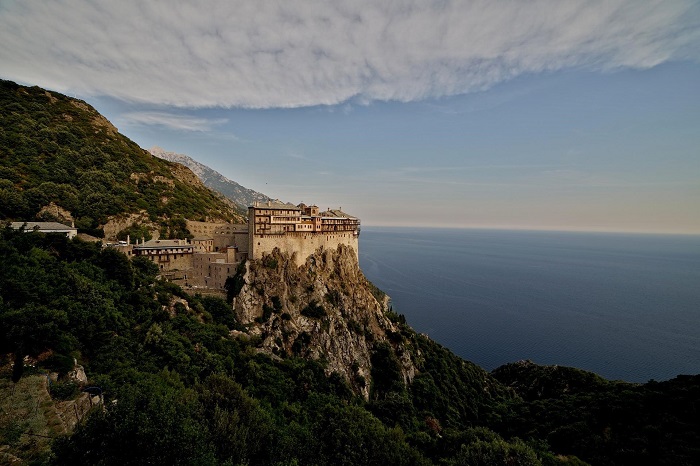 [4] Engl.: square; in ancient Greece, the centre of democratic, social, and cultural life.