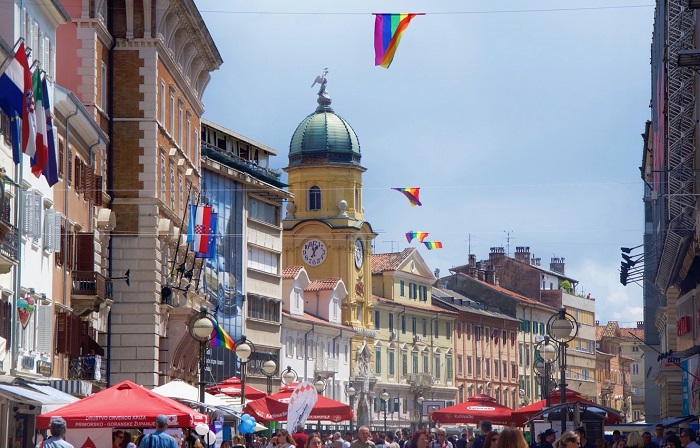 The main street of Rijeka, ‘Korzo’ (it: corso) – source

On March 24th 2016, Rijeka was awarded the title of European Capital of Culture 2020.[1]  Rijeka is the third-largest city of Croatia, located on the Kvarner Bay on the Adriatic coast of the country.

The main theme of this venue was diversity, as the town counts on a history of multiculturalism and multilingualism representing an interesting example for an increasingly diverse Europe facing the challenges of globalization and the mobility of people.

The selection process lasted almost for two years and the program was unlucky enough to be scheduled for the months when all of Europe was struggling with the Covid-19 pandemic and the subsequent lockdowns. Nonetheless, the event was a meaningful representation of the rich and multifaceted history of the town that tackled the most timely issues Europe is dealing with, such as diversity, multiculturalism, migration, labour and gender equality.

Already part of the Slovenian Duchy of Carniola, the town had been an integrant part of the Austrian empire. In 1776, it was handed to the Kingdom of Hungary, first as a part of Croatia and then as a separated district. After the end of the First World War, on the wave of the Italian irredentism sparked by Rome’s deluded expectations at the Paris Peace Conference, the nationalist poet Gabriele D’Annunzio launched the occupation of Rijeka. Here, he established an independent state called “Regency of the Kvarner”, soon replaced by the Free State of Rijeka. In 1924, Rijeka was annexed by Italy and passed under Croatian rule after the Second World War. [2] 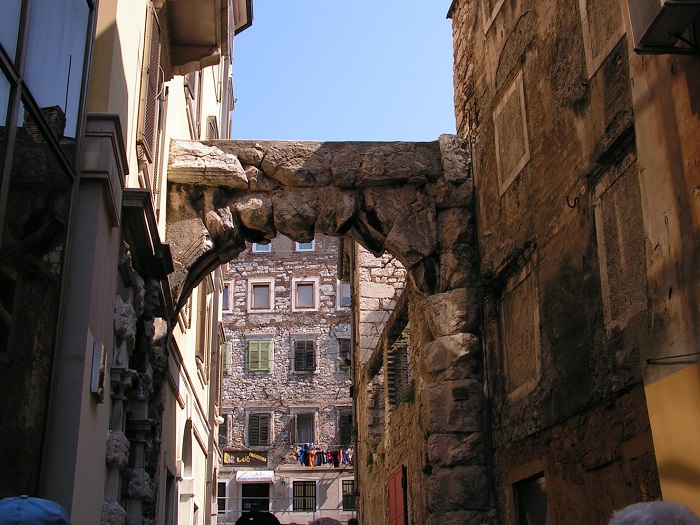 The Roman Arch of Tarsatica/Flumen (source)

To sum up, during the last century, Rijeka has been part of different states and occupation regimes: the Austro-Hungarian Monarchy, the State of Slovenes, Croats and Serbs, the Kingdom of Serbs, Croats and Slovenes, the Italian Regency of Kvarner, the Free State of Rijeka, the Kingdom of Italy, the Kingdom of Yugoslavia, the Independent State of Croatia, the Third Reich, the Socialist Federal Republic of Yugoslavia and the Republic of Croatia. Such a turbulent and variegated history led to a mixed and often changing ethnical composition of the town: Croatians, Italians, Bosnians, Serbs, Hungarians, Slovenes, and other minorities learnt to live side by side, not without tensions, but still managing to contribute to and leave their traces in the town.[3] 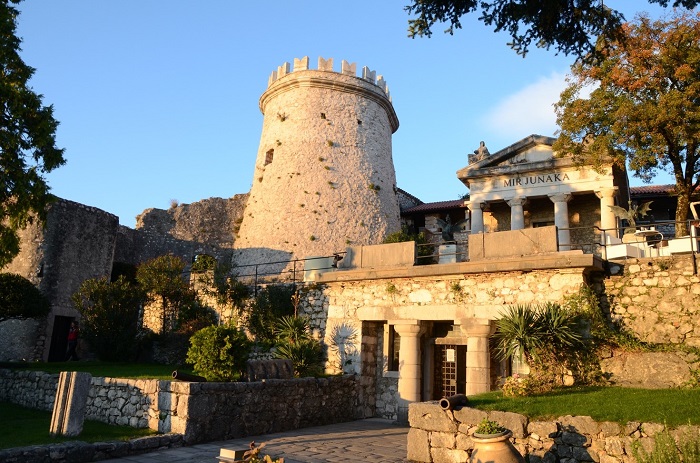 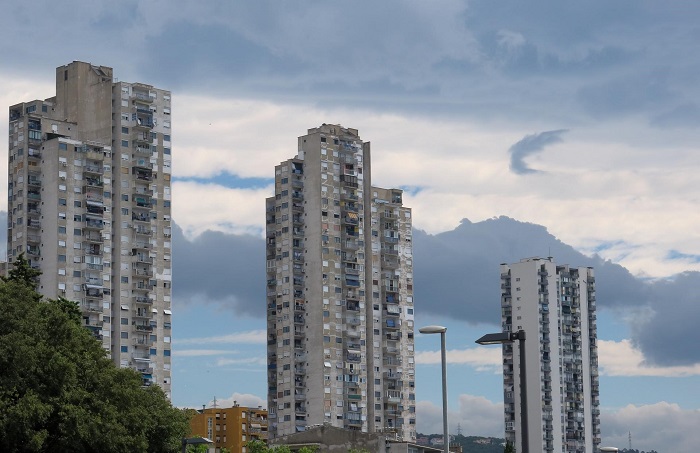 Moreover, it is worth mentioning Rijeka’s history as an international hub for trade and economic exchange. Indeed, the port of Rijeka dates back to the Middle Ages and gained its wealth by becoming the most crucial Croatian port. The relevance of sea and trade is reflected in the name of the town itself. It refers to the river Rijecina that flows in the Adriatic Sea at Rijeka.[4]

Therefore, it is particularly meaningful to note that the opening ceremony took place in the port, where the musical “Opera Industriale” was staged, involving the performances of more than a hundred artists and the participation of the public. This show, projected by the duo “Rijeka JMZM” and orchestrated by the composer Fran Đurović, was a tribute to Rijeka’s working class and to its artistic heritageDuring the event, some time was dedicated to the memory of Janko Polić Kamov, author of the modernist novel “Isušena kaljuža” and  major representative of the Croatian Avantgarde. the performance of a Finish choir who sang the anthems of all of the seven states in which Rijeka existed during the last century was also particularly noteworthy.[5] 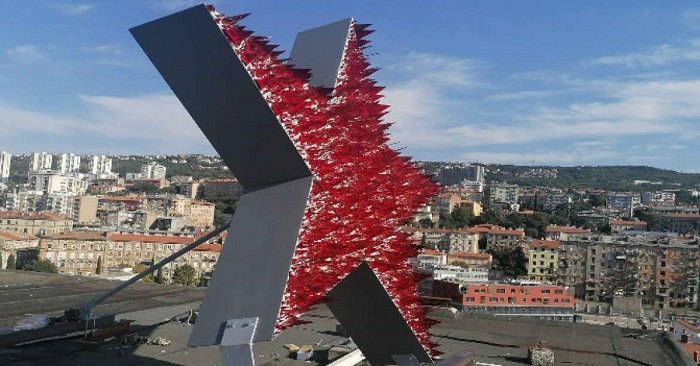 Another theme accompanying the overture of the program was the one of antifascist resistance. In fact, Rijeka is considered Croatia’s “red town” due to its proud antifascist and leftist political culture. The “Opera Industriale” show ended with the notes of Bella Ciao[6] and a huge red star, designed by the artist Nemanja Cvijanović, was installed on the top of Rijeka’s skyscraper for the anniversary of the town’s reintegration into Croatia on September 20th, 2020.[7] 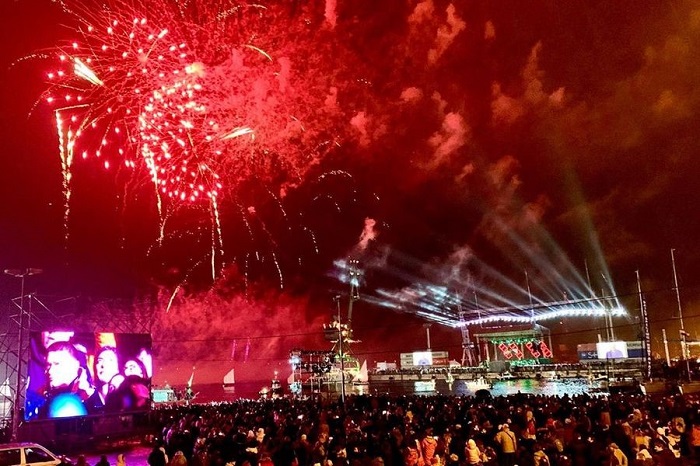 The concert at Opera Industriale, June 2020

No less important was the cultural diplomacy program aiming at establishing strategic international partnerships and creating a network of experts and artists. Revolving around the concepts of water, labour and migration, it involved the organization of several international conferences, promoting Rijeka as a relevant cultural hub.

The event was also aimed at challenging conservatism and moralistic prejudices with the so-called “Konferencija Kurvi” (conference of the prostitute): an artistic and activist show realized thanks to the cooperation between Croatian and Argentinian partners, which discussed the issue of sex work in its multifaceted dimensions.[8]

Thanks to the opportunity of being European Capital of Culture, Rijeka was able to shed light on the most relevant issues Europe is facing, while offering its perspective and interpreting them through the lens of its historical and social experience.

[1] City of Rijeka (2020), European Capital of Culture. Retrieved from: https://www.rijeka.hr/en/themes-for-citizens/culture/european-capital-of-culture-2020.

[5] City of Rijeka (2020). Opera Industriale in the Rijeka Port, Rijeka2020. Retrieved from: https://rijeka2020.eu/en/program/programme-plus/festivals-and-events/opening-of-the-european-capital-of-culture/opera-industriale-in-the-rijeka-port/