The Border Dispute between Croatia and Slovenia: Can it really jeopardise Balkan Enlargement?

Home Konflikte in MOSO The Border Dispute between Croatia and Slovenia: Can it really jeopardise Balkan Enlargement? 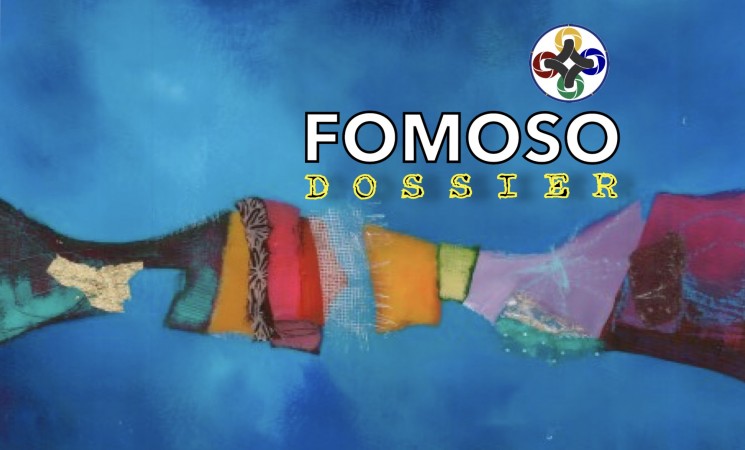 Martina Plantak | As Jean- Claude Juncker, president of the European Commission, stated on the 8th of January 2018, „ the border dispute between Croatia and Slovenia could block further enlargement in the Western Balkan.“ [1] This paper is trying to examine, if this dispute between above mentioned countries can really have a spill-over effect on all the other Western Balkan countries.

As both Ibler[2] and Kardum with Rudolf[3] in their articles state, the Agreement about the Arbitration between Republic of Slovenia and Republic of Croatia was of great importance for both countries, because this litigation for both countries was the first case that they have with the international agreement, in their territorial dispute, subjected to arbitration. Ibler adds that both „Slovenia, as well as Croatia, should not underestimate the power of this agreement, while this dispute and this solution will have a huge influence on their foreign policy“, while Kardum and Rudolf are highlighting favorable and negative circumstances for the Republic of Croatia. An interesting thing that they are stressing is, that the negative circumstance for the Republic of Croatia could be compiling the list of arbitrators, because of the principle of solidarity between the EU members and because of the representation of the Republic of Slovenia in their institutions (at that time, Croatia was still not a member state).  History will show later that this statement was in a large measure predictable. After the „wiretapping scandal“, which broke out after the audio records and the transcript between Slovenian member of the arbitral tribunal Jernej Sokolec and the Slovenian diplomat Simona Drenik were published in the Croatian media, and in which they were negotiating about the lobbying with other judges of the Permanent Court of Arbitration in The Hague, Croatia had decided to leave the arbitration procedure. This decision, with all the causes and consequences, can also be seen on the official page of the Croatian Ministry of foreign affairs and European integration.[4] Despite the above mentioned Croatian decision, and even though the Arbitration Court has found that the Slovenia violated the agreement, the process was continued and the arbitration decision was made, even though that one of the party in this dispute was not acknowledging it. Arbitral Tribunal decided that Slovenia will gain two-thirds of the disputed Piran Bay,

This paper is not trying to explain or to examine all the legal remedies and legal decisions of the Arbitration Court or to predict the future and the borders of this arbitration decision, but to explore if this dispute can really jeopardise the further enlargement of the European Union.

Can the dispute between the only two EU member states that were part of former Federal Republic of Yugoslavia be a good example to all others post-Yugoslav countries that are trying to become one of the EU member states too? Will European Union, after seeing what has happened with the border problems between two of the members countries, stricter the conditions for all the other former Yugoslav countries and  freeze the negotiations, until they do not juridically solve the issues with their borders? This paper is also asking and potentially foreseeing all the problems and unresolved issues between Serbia and Croatia that will come to the surface, when Serbia will be closer to becoming a part of the EU. Will Croatia follow the Slovenian example and block the negotiations until all their  unresolved issues are fixed? Croatia and Serbia, with all the others unresolved issues, still have an open question about the border on the Danube river, where the Serbian opinion is, that the border should be made in the middle of the Danube, while Croatia is committed to determining the border per cadastral principle, because, the river has changed its course.

Croatian and Slovenian border dispute is surely not the best example of European policy and legislation, considering that Slovenian side was „secretly“ lobbying for judgement to be rendered in their favor, while the Croatian side was spying on them. And the most important question that this paper asks is, was it fair (in any aspect of this word) from European Union to continue arbitration process after more than eight months of mostly ignoring this problem, as well as taking in mind the whole affair that happened and Croatia's decision not to be a part of this trial anymore.

Even if EU hoped that this border deal will be a good example and model for the peace, reality has showed us something else. Further researches and studies of this issue are certainly necessary, especially from the juridical point of view,  so this paper can only conclude and predict that this border dispute and the way it was managed and resolved, will have spill-over effect on all the other post-Yugoslav countries. It is likely that borders disputes will bring out in the open whole spectrum of the other unresolved issue, as for example the complex minorities situations in most of the Western Balkan countries.

Minorities problems are everywhere very sensible topic, and especially in Slovenia, where Croatian, Serbian and Bosniak minorities, even though they are fairly the largets, still do not have minority rights or status. Changing the place of the border can maybe open again this „frozen conflict“ and put in the spotlight of the problems with the „Erased people“ in Slovenia, as well as to be a very bad example to all the other countries in the Western Balkan.