Transformation of Bulgaria's Politics towards Russia 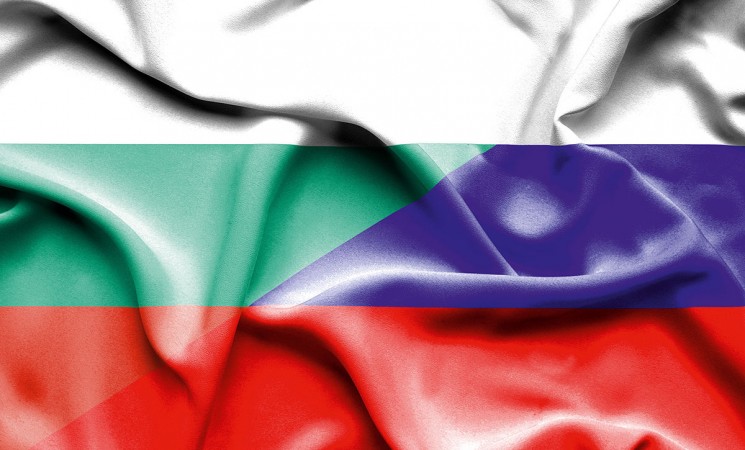 The end of May marked the activation of Bulgarian foreign policy in the Russian direction: on May 21-22, the first time in the past 10 years, Bulgarian President Rumen Radev visited the Russian Federation, and only a week later, on May 30, Bulgarian Prime Minister Boyko Borisov repeated this route. The visits happened in the context of the extraordinary activity of their West European colleagues in the Russian direction: Angela Merkel and Emmanuel Macron had already met with Vladimir Putin. Against this backdrop, it seems that the visits of high-level officials of Bulgaria, which was recently chairing the EU Council, were in line with this trend. If it were not Russia's special interests in Bulgaria and the accusations against President Rumen Radev on his cooperation with the Russians during the 2016 election campaign.

Radev's visit was an attempt to restore the economic projects that were actively promoted by Bulgarian socialists during their time in power. In particular, in 2005-2009, the government of Sergei Stanishev reached agreement on the implementation of three ambitious projects, in which Russia would play a leading role: the construction of the Belene Nuclear Power Plant, the South Stream pipeline and the Burgas-Alexandroupoli oil pipeline. Together, these three megaprojects, details of contracts for the construction of which, unlike similar agreements, were closed from the public, received in Bulgaria the name "Great helmet".

The centre-right government of Boyko Borisov, who succeeded socialists, consistently closed all three projects during 2009-2013 for political, economic and environmental reasons. Construction of the pipeline was simply abandoned by the Council of Ministers decision, but on the construction of the Belene NPP a nationwide referendum was even held in 2013. It was one of the few cases in the recent history of Bulgaria, which nonetheless failed because of the low turnout of voters, and therefore the final decision was taken by the parliament. South Stream maintained its relevance for the longest, considering the Bulgarian ambitions to create a regional gas hub in Southeastern Europe. However, in 2014 Bulgaria suspended work on pipeline construction due to its non-compliance with the requirements of the Third Energy Package, as well as considering the growth of Russia's aggressive policy in the Black Sea region. Shortly thereafter, Russia itself declared its final termination of the project, having found a replacement for it in the form of the Turkish Stream.

However, the election of the head of state in Bulgaria in 2016 violated the domination of the centre-right GERB party in the political system of Bulgaria. With the support of the Socialists the former military pilot Rumen Radev, who is sceptical of sanctions against Russia for its aggression against Ukraine and supports the normalization of relations with the Moscow, replaced President Rosen Plevneliev, who consistently advocated the introduction and continuation of sanctions.

It should be noted that this change itself did not have a revolutionary significance for foreign policy: the powers of the President of Bulgaria under the conditions of the parliamentary system are very limited, in his foreign policy initiatives he can act only within the limits of authority given to him by the government. Nevertheless, the Bulgaria's political practice of the last three decades demonstrated, that the President can really influence the political processes in time of weakness or lack of a government coalition. The current composition of the Bulgarian National Assembly is a quirky mix of multidirectional political forces, of which two – the centre-right pro-European GERB and the nationalist The United Patriots (which includes the well-known Euro-sceptic and pro-Russian Ataka) – form the government. In addition, the President of Bulgaria is the Supreme Commander of the Armed Forces, and thus plays an important role in appointing a senior command personnel of the Armed Forces and forming strategic defence documents, and his powers can grow in conditions of emergencies or martial law.

Strengthening the pro-Russian wing in the Bulgarian political system is conspicuous. The Bulgarian nationalists in the coalition press on the Prime Minister in order to establish closer economic relations with Russia. Therefore, Boyko Borisov is forced to transform his previous foreign policy course and allow the possibility of restoration of the "Great helmet" projects, albeit with other conditions.

The Russian side, in turn, is extremely interested in restoring economic cooperation with Bulgaria. On the one hand, rapprochement with one of the EU member states would strengthen the anti-sanction group within the Union. On the other hand, it is important for Russia to strengthen its position in Southeast Europe, the indication of which is the active opposition to the enlargement of the EU and NATO in the Western Balkans.

After a recent announcement by the government of the intention to revive the Belene NPP construction, an information confrontation has started on issue who will be involved in the implementation of the project: Chinese, French and Russian companies are named. Supporters of the involvement of Russian companies put forward the argument that in the property of Bulgaria remains unused expensive equipment, received earlier from "Atomstroyexport".

The issue of a nuclear power plant allows to outline a clear distinction between the positions of the President and the Prime Minister. Rumen Radev announced the planned participation of Russia in the project as a fait accompli after talks with Dmitry Medvedev in Moscow. At the same time, Boyko Borisov was more cautious: after Vladimir Putin during a joint meeting raised the issue of Russia's readiness to return to participation in the construction of the Belene NPP, the Bulgarian PM invited all interested parties to the project, which should act on a market basis.

With regard to more famous project - the South Stream gas pipeline at the bottom of the Black Sea (or the Bulgarian Stream in the interpretation of Rumen Radev), the prospects for its restoration are reduced to zero. Although the Bulgarian President, in an interview with the Russian newspaper Kommersant, announced the need for direct gas supplies from Russia to Bulgaria, in fact, when the underwater part of the Turkish Stream has completed, it is possible to speak only about its additional line from Turkey to Bulgaria. Recent talks of Russia with Turkey and Bulgaria only confirm this idea: in Moscow, Boyko Borisov announced that due to transportation through Ukraine and Turkey, Bulgaria will receive about 34-35 billion cubic meters of Russian gas, which is enough to turn Bulgaria into a gas distribution centre for Southeast Europe.

On the issue of EU sanctions against Russia, Rumen Radev and Boyko Borisov also demonstrated different behaviours. The President publicly stated that sanctions, in his opinion, are ineffective, and therefore they should not be kept for a long time, especially intensified. At the same time, he stressed that the necessary requirement for the abolition of sanctions is the fulfilment of the Minsk agreements by all parties. Instead, the Prime Minister deliberately did not raise such issues, avoided the topics of the Ukrainian-Russian conflict, poisoning of Sergei Skripal and other sharp points, concentrating in the security sphere solely on joint counter-terrorism fight.

The only issue, concerning which President Rumen Radev's position was fully taken into account, is the repair of MiG-29 fighters. This is explained by the fact that the main decision-makers in the field of defence are supporters of the intensification of relations with Russia: The Supreme Commander is the President himself, and the Minister of Defence is the representative of nationalist bloc Krasimir Karakachanov.

Until the current year, the issue of modernization of outdated military aircraft was a real "apple of discord": the most resonant events in the process of identifying a company for the modernization of aircraft was a criminal prosecution against former Defence Minister Nikolay Nenchev due to agreement with Poland, as well as a suspension of an agreement with the Russian "MiG" because of the complaint of the Ukrainian company "Ukrinmash". It should be noted that the initiator of the investigation against the Bulgarian-Polish agreement was the provisional government of Ognyan Gerdzhikov, formed by Rumen Radev before the early parliamentary elections. Eventually, in early March of this year, “MiG” was able to displace completely its competitors by signing a four-year contract with the Ministry of Defence of Bulgaria.

During his visit, Rumen Radev insisted on the need to involve Russian specialists in repairing fighter jets. However, he made it clear that in future only the aircraft of the new type, which are manufactured or are at the disposal of at least one EU member state or NATO, will be delivered to the armed forces.

The Russian leadership understands the peculiarities of the Bulgarian political system and the existing differences in the foreign policy opinions of the President and the Prime Minister. According to the Bulgarian newspaper Capital, both Dmitry Medvedev and Vladimir Putin showed a restrained attitude to the economic proposals of the Bulgarian president, who, according to the Constitution, has no authority in the relevant field. Instead, during meetings with Boyko Borisov, some of these issues were raised by the Russian side. As it revealed during the Prime Minister's visit, Rumen Radev's proposals were not entirely consistent with the Bulgarian government, so the real arrangements between Russia and Bulgaria will be significantly different from them.

Nevertheless, it can already be argued that the promotion of the intensification of Russian-Bulgarian cooperation by President Rumen Radev and nationalists as a part of the government coalition began to bring results. After a Radev’s invitation Vladimir Putin is going to visit Bulgaria to take part in the celebration of the 140th anniversary of the liberation of Bulgaria from the Ottoman Empire. Same holiday ten years ago, accompanied by a similar visit and signing of the “Great Helmet” agreements, was a sign of an extraordinary albeit short-lived rapprochement between Bulgaria and Russia.

The Prime Minister of Bulgaria now faces a difficult task: to meet the requirements of the junior coalition partners to revive economic relations with Russia, while at the same time preventing a significant strengthening of Russia's influence on the economic, and hence political processes in the country. The state of political and energy security, both in the Black Sea region and in Southeast Europe will be dependent on the results of this task.

Bohdan Hrushetskyi is an Associate Sectoral Policy Fellow of the Project "Support to the implementation of the EU-Ukraine Association Agreement" (Kyiv), Ph.D. in Political Sciences. He previously worked as an associate professor in the Department of International Relations of the Dnipro National University and coordinator of the EU Informational Center in Dnipro. The main sphere of his interest is the international relations in the Central and South-Eastern Europe, foreign policy of Bulgaria, European integration of Ukraine.