Looking back at the presidential elections in Croatia

Home Commentaries Looking back at the presidential elections in Croatia 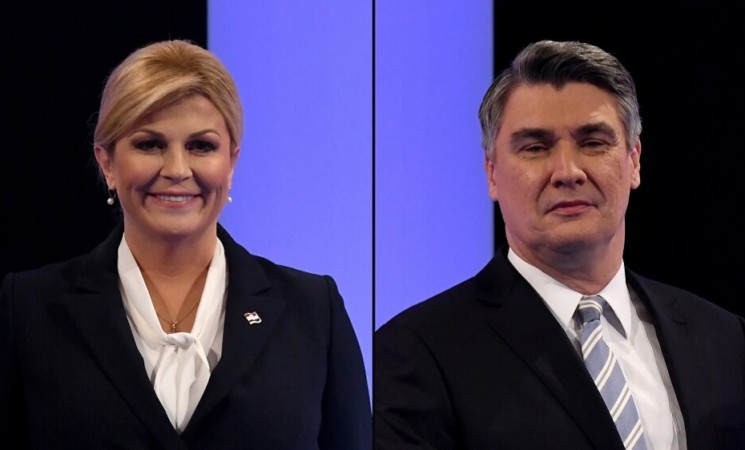 Following the completion of the first round of elections, on January 5, 2020, now already former Croatian President Kolinda Grabar Kitarović and former Croatian Prime Minister Zoran Milanović have weighed their forces. Even before the first election round, it was clear to the public that it was precisely, these two people who would enter the next round of the election. The only candidate who could sway their plans was Miroslav Škoro, a former MP and diplomat consul, mostly known to the Croatian public as a right-oriented patriotic singer, who spent the war years in America. Even though the popular singer took the high third place, taking Grabar Kitarović a large number of votes (especially in Slavonia from which he himself originated), the percentage of votes obtained was still not enough to enter the second round. As expected and historically known, the northern and western parts of the country overwhelmingly cast their votes to the leftist candidate, Zoran Milanović, while Grabar Kitarović gained dominance in the southern part of the country. It is an interesting fact that Zoran Milanović dominated in the cities of Zadar and Split, otherwise known as the fortifications of right-oriented HDZ party. Regarding Croatians living abroad, traditionally the majority of votes were given to Grabar Kitarović (mainly votes from Bosnia and Herzegovina), while in Australia the victory went to the right-wing candidate Miroslav Škoro with the high percentage of votes (68,24 %).

From all the above, it was quite obvious that the Croatian nation will be confronted in the second round of elections with the strong polarization, having in mind that the voters were choosing between the right and left-center. For all the voters who were anxiously awaiting election night and a fierce fight for every vote, the results came as cold shower. Already from the first exit polls, it was obvious that left-oriented candidate Milanović will win the elections. After that, it was only to see by what percentage will he win. As the regular votes showed, Zoran Milanović took the victory with 52,70% of the voices, leaving Grabar-Kitarović behind with 47,30%. The greatest victory Milanović traditionally achieved in Western and Northern Croatia, as well as in the capital. Grabar-Kitarović won in the Eastern and Southern Croatia and in the diaspora, mostly in Bosnia and Herzegovina. Furthermore, at the very least it is interesting that this presidential election had a record number of invalid ballots, or in numbers, 89.415 or 4,35%. Is the reason for such a large number of invalid ballots exactly the great unpopularity of both presidential candidates among the broad mass of the Croatian people? Did their character traits and excessive aggression, or lack of political charisma and attitude, influence this number of invalid votes? With the lack of the presented priorities of their political programs , while they were mostly just arguing between themselves and their political omissions, Croatian nation needed to contain herself with quite important information, as that both candidates do not prefer coffee, that Kitarovićs favorite book is “The little prince”, while Milanović, between all the books he has read during his life, was not able to choose just one. In the area of household and cake baking, Kitarović won.

In any way, if there is any rational middle ground between a strictly right and left divided Croatia, are issues that should currently not be a priority of Croatian domestic politics. Will the longstanding controversy about the left and the right, about the corruption and inability to run the state, nepotism and getting a job along the party line, in any way affect the increasing exodus of Croats?

While currently analyzing the reasons and factors for the victory or defeat of presidential candidates, no one wonders what will happen when Austria revokes work permits for the Croats in early July? Who will be employed in Croatian tourism, probably the only branch of economy in which (southern) Croatia still generates profits? No one wonders what will happen to small Croatian artisans and slightly larger Croatian companies, which, if they would not be able to offer workers the salary they would receive for the same job in a foreign country, and with all the heavy fiscal and parafiscal levies imposed on them by the state, will start massively closing their doings?

Whether the Croatian diaspora will be a key factor in electing the power in Croatia in a few years, time will tell. For now, we can only conclude that Milanović won, Grabar-Kitarović accepted defeat and decided to devote herself to her doctorate, while the Croatian people remained in exactly the same situation, which is not in the least visible to change, or as the campaign slogan of our new elected president would say, NORMALLY.

Previous article An Overview of the Relations between Albania, Kosovo and Serbia Next article China in the Balkans – Part 2: Croatia