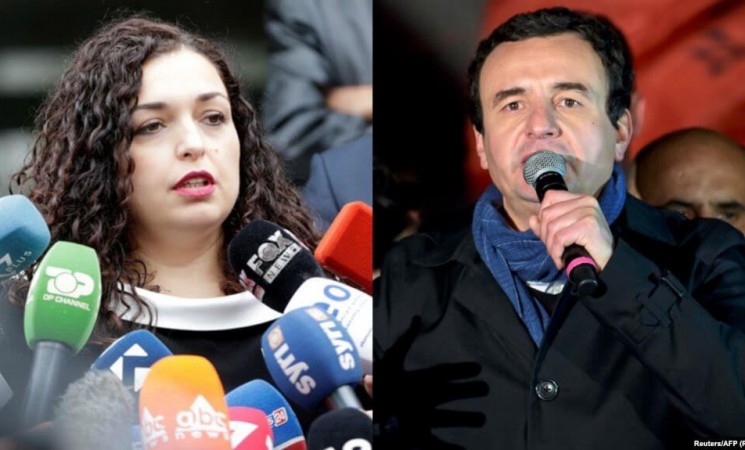 Kosovo held an early parliamentary election on October 6 20191, after former Prime Minister Ramush Haradinaj resigned in July. Haradinaj’s resignation was impulsive following an invitation by the Specialist Prosecutors Office in The Hague. The Specialist Prosecutors Office is investigating the war crimes in Kosovo.2 This resignation triggered President Hashim Thaci to set a parliamentary election3, which had a turnout of around 40% with more than 850.000 Kosovars casting their votes1. The citizens of Kosovo elected 120 legislators into parliament3.

This election was considered historical because of three reasons. Firstly, the popular vote reflected the citizen’s demand for political change. This demand was translated into the transferring of power to the opposition parties. Secondly, the transfer of power creates a new generation of political leadership apart from the dominant political figures related to the war. Albin Kurti (Vetëvendosje’s leader and candidate for Prime Minister) and Vjosa Osmani (LDK’s nominated candidate for Prime Minister) went through a tough race. Out of this race, Kurti turned out to be the most voted party leader, while Vjosa Osmani received more votes than any other woman in the history of Kosovo and was one step away from becoming the first female Prime Minister of the country. Both of them promote a set of values and standards that aim serving to citizens rather than to their personal interests. Thirdly, all the political parties accepted the electoral results. This means that all of them contributed to the political rotation of the power while the democratization process of the country wasn’t challenged.1 5 6

Currently, Vetëvendosje (Self-determination) and Democratic League of Kosovo (LDK) are negotiating on creating a governing coalition. In a post-election interview, Vjosa Osmani said that: “This is a coalition among equals and both parties were working hard on merging their programs and not just allocating portfolios”.7 Due to the differences in the political spectrum of the parties, as Vetëvendosje is a center-left party while LDK is a center-right party, it was expected that the negotiations would last a few weeks.5 Vjosa Osmani validates this expectation by anticipating that negotiations get finalized in December. As negotiations continue, so far parties have agreed on: economic and the judiciary reform, appointing Albin Kurti as Prime Minister and having 12 ministries instead of 21. 7 The developments in negotiations suggest that the primary focus of the coalition will be on the domestic issues rather than on the international ones.

In terms of Dialogue with Serbia, which still doesn’t recognize the independence of Kosovo, Albin Kurti claims that the tariff regime applied by former Prime Minister Haradinaj will be replaced by the principle of full reciprocity. Full reciprocity means that Serbia must honor the agreements that have already been signed throughout Brussels Dialogue.8 Normalization of relations with Serbia is crucial for both countries in terms of the European Integration, as well in opening doors to Kosovo in joining international organizations. 5

Takeaway: This election marked a new political era in Kosovo, as it punished long term governing parties while giving an opportunity to the opposition parties and the new generation of leaders. After Vetëvendsoje and LDK finalize the negotiations and take the power, they have to tackle difficult issues that Kosovo has been suffering for a long time such as high levels of corruption and unemployment. Besides their differences in ideology, they aspire to provide the country with the change it needs. However, time will show how successful this coalition will be.