Demoralizing the nation: How are the Belarusian authorities trying to retain power by putting pressure on the people?

Home Commentaries Demoralizing the nation: How are the Belarusian authorities trying to retain power by putting pressure on the people? 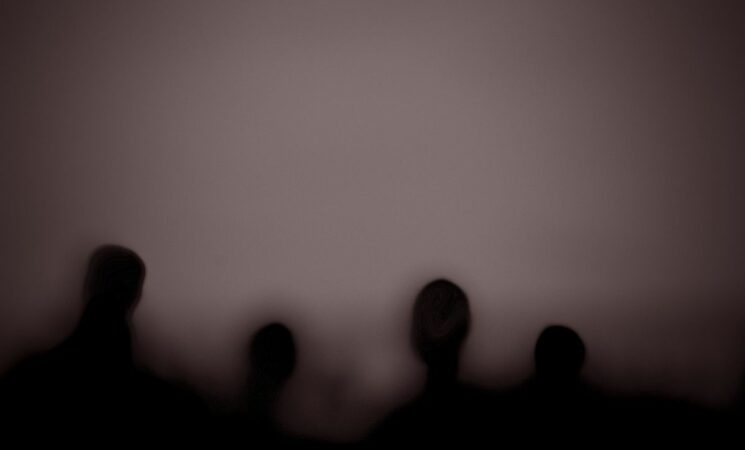 At the moment, Belarusians are fighting the dictatorship in every possible peaceful way: they go on regular Sunday marches, participate in volunteer initiatives and try to help each other whenever possible. Despite the fact that the protest is exclusively peaceful and this fact has been repeatedly emphasised, the authorities continue to suppress the desire of Belarusian people to live in a free and democratic country in a bloody and violent manner. The whole world has already seen the consequences of this approach. However, the Belarusian authorities are also using various formats of demoralizing the population.

For example, the Ministry of Internal Affairs of the Republic of Belarus sends SMS to the citizens with the following content:

“Dear citizens! The Ministry of Internal Affairs reminds that the infliction of images, inscriptions on buildings, structures or other objects, intentional destruction or damage to property, depending on the damage caused, entails administrative or criminal liability for up to 12 years in prison” [1].

“Dear Citizen! You are identified as violating the order of conducting mass enterprises. Your actions are recorded by means of photo-video recording. These events are organized by persons <...> accused of a crime under Art. 342 of the Criminal Code of the Republic of Belarus” [2].

[Note: Art. 342 of the Criminal Code of the Republic of Belarus is connected to organization and preparation of actions that grossly violate public order]

But these messages were only the beginning of repressive demoralizing actions. The General Prosecutor's Office of Belarus issues official warnings to 300 families for the participation of children in protests [3]. People who participated in rallies with children were threatened that the family could be placed in a socially dangerous position, and the children were subsequently removed from the family [4].

A huge number of people were fired from work and expelled from the university for condemning the bloody regime. President of Belarus Aljaksandr Lukashenka dismissed the rectors of the Minsk State Linguistic University, the Belarusian State University of Culture and Arts, and the Brest State Technical University, because students from all three universities went to protests [5].

Since October 26, many rumors have been circulating on the Telegram channels about the massive expulsion of students. Everything worsened on the 27th, when Aljaksandr Lukashenka said: “Whoever went to an unauthorized rally in violation of the law, he loses the right to be a student. Send them, as I said, some to the army, and some to the street - let them walk the streets. But they must be expelled from the university". As a result, a huge number of students lost their places at universities throughout the country [6].

Six employees of Belorusneft went on strike. The men worked in the field geophysical operations department in Rechitsa. They were summoned by the management for a conversation, and in the evening they already received a payroll. The same situation awaited the rest of the people who joined the strike committees in other factories or those who argued that they did not support violence and were resolutely opposed to illegal actions [8].

Teachers were also fired for convicting security officials. Two teachers, Alexander and Natalya Krushevy, were fired for a video message in which they criticize the brutal actions of the punitive forces and the occupation authorities. In addition, the teachers supported the Belarusian protesters [9].

The doctors lost their jobs due to their political beliefs. For instance, Alexander Mrochek, Director of the Republican Scientific and Practical Center of Cardiology, lost his job. He is a scientist, a widely known and respected Belarusian cardiologist even abroad [10]. This is happening in the context of a second wave of coronavirus raging in the country and the need for doctors is extremely urgent.

President of Belarus Alexander Lukashenka also criticized doctors who leave for Poland because of “higher salaries” and instructed the government “not to let them back”. Earlier, the Polish Council of Ministers adopted a law making it easier for foreigners to obtain work permits in medical institutions, including those who came from outside the European Union [11].

Taking into account the fact that recently there was information that Belarusian students who study abroad were no longer allowed to enter the territory of Belarus [12], then these words of Lukashenka are still being put into practice.

A relatively new "trick" of the authorities was the institution of criminal cases against people who take part in Sunday marches, instead of regular administrative fines and arrests. Following the results of the Sunday march on 1 November, the Investigative Committee of Belarus opened a criminal case under Part 1 of Article 342 (“Organization and preparation of actions that grossly violate public order”) of the Criminal Code of Belarus. The length of imprisonment under this law is up to 3 years. 231 people detained during the peaceful protest became suspects under this article. The decision to initiate a criminal case was made in less than a day, which is simply impossible if you follow the procedure according to experts [13].

It can also be noted that the Belarusian authorities use gaslighting, a form of psychological violence, the main task of which is to make a person doubt the adequacy of his or her perception of the surrounding reality.

The head of the upper chamber of the Belarusian parliament Natalya Kochanova met with representatives of strike committees and initiative students at the Belarusian State University. During the event, Natalya Kochanova said: “The way the votes were distributed [in the elections] is true,” and regarding the injuries during the detentions in mid-August: “This is not true! This is not true! There was no such thing. There was no such thing. Listen to me guys. Everything you read on the Internet ... Not a single fact of rape, rupture of the uterus or anything else was recorded. Not a single case! If you do not believe me, the Minister of Health will come to you,'' Kochanova said emotionally, despite all the testimonies of the victims and eyewitnesses [14].

The authorities also touched upon the symbols of protest that inspired the Belarusians to fight further. On 5th November, OMON riot police broke into the house of Nina Bahinskaya – a woman who has become a “mother” of Belarusian resistance. Viasna Human Rights Center reported this, citing the daughter of the activist. Neighbors heard 73-year-old Nina shouting, “Save me!”. In the courtyard, security officials detained several people, including Bahinskaya’s son. The activist was left at home, nothing was seized during the search [15].

Despite endless attempts by the authorities to stop the protest, Belarusians have been moving towards their goals for more than three months. With all these actions, the regime only proves that they have only one tool to resolve this situation and that is physical and moral violence against people. The more the Belarusian authorities will get bogged down in the current situation and use force illegally, the more difficult the consequences will be for them in the future.

Previous article Bosnia-Herzegovina twenty-five years after Dayton: ungovernable, instable, and hungry for change Next article No one will stop Belarusian women