On Saturday 16  March, Slovak citizens have cast their ballots in the first round of country’s presidential elections and witnessed the victory of a female candidate Zuzana Čaputová, with 40,57 % of votes. The election run-off is now expected to take place on March 30.

If we look back at those developments that have shaped Central Europe’s political culture in the last year, we can certainly state that Saturday’s electoral result has represented a very success.

During the past year, a series of anti-immigrant, hate speech and nationalist and anti-European election campaigns that have characterised the election campaigns in the Visegrád states and the most recent one in Hungary, during the parliamentary elections which have inevitably led to the victory of Viktor Orbán. Same in Czech Republic, that was a theatre of the populist campaign conducted by the current Czech PM Andrej Babiš. – not even to mention Poland.

Similarly, the 2015 Slovak general election campaign was mainly dominated by the slogan “We defend Slovakia” and by the obsession that former PM Robert Fico had with migrants in Slovakia. Moreover, it was in that occasion that the far-right party of Marian Kotleba won seats in parliament for the first time.

However, the election campaign conducted by Zuzana Čaputová has nothing to do with that.

The 45-years old, Zuzana Čaputová is the Deputy Chairman of Progresívne Slovensko (PS). PS is a Slovak liberal political party that Ivo Stefunko established only a year ago, with other famous researchers and activists in Slovakia, among those Michal Šimečka.

A lawyer, an anti-corruption activist who has called for a more fair Slovakia and given voice to the vast majority of the Slovak population that filled the streets of Bratislava to protest for “a decent Slovakia”, as result of the murder of the young journalist Ján Kuciak and his fiancée, Martina Kusnirová. Zuzana Čaputová , “Slovakia’s Erin Brokovich”, with her pro-LGBT, pro-migrant and pro-minority stances has won also where the right-wing parties have always won for years, being also able to gain admiration and support from the Hungarian minority.

Čaputová has won in a country, where during the recent years, nationalist trends have expanded their sphere of influence and gained citizens’ support.

Čaputová, represents that civil society in Slovakia that wants to strengthen their democracy and keep it away from those who want to destroy its foundations. 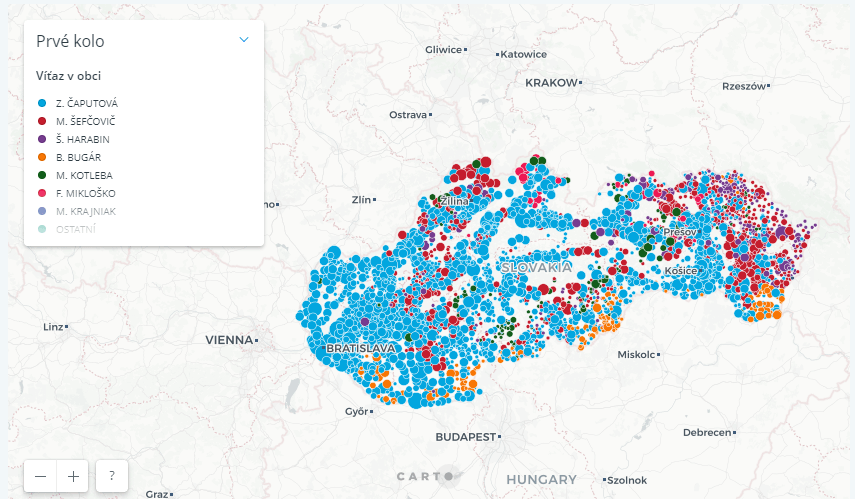 Such a similar scenario was already pictured in the new report released by Visegrad Insight and GMF “Central European futures: five scenarios for 2025” published last year. Reading about the different central dynamics that could remake Europe, the number 2 in particular, draw some attention. A fractured Central Europe characterized by a strong illiberal trend, Slovakia is the only one among the Visegrád countries that “will remain at the core of the EU integration.”

Finally, this year will mark not only the 30th anniversary of the fall of the Berlin Wall, but also that of the Velvet Revolution, the end of 41-years of Communist rule and 30 years from the election of Václav Havel, the first democratically elected president of Czechoslovakia and therefore, according to the Czech journalist Martin Ehl, “we will be asking why we are where we are today?”.

About the Author: E. Pacella