Why is a land swap a bad idea?

Home Blog (en) Why is a land swap a bad idea? 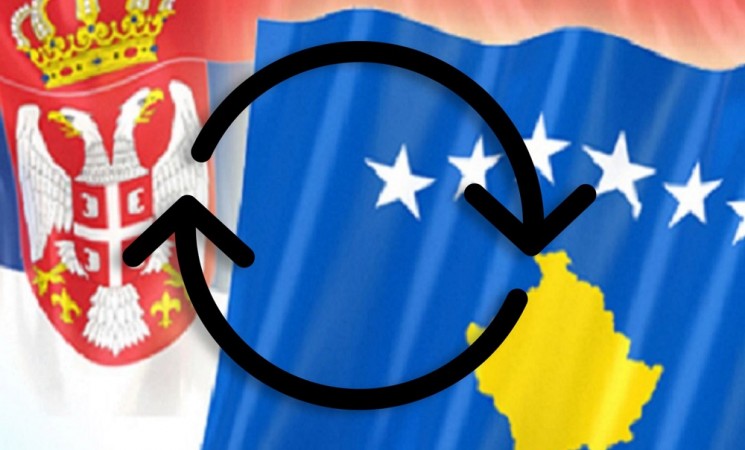 Land swap between Serbia and Kosovo is an idea that became quite popular in the media during last few weeks. We could have seen many statements and interviews advocating for it, especially from politicians in power. Why was and is it so attractive? My belief is that it seems to be the politically easiest solution for both governments. To explain it in simple terminology: No official recognition from Serbian side is needed and no backing down from Kosovo side either, just an agreement that, for example, in 3 years people living in those areas will be able to decide on a referendum where they want to live. Additionally, if Albanians live in Kosovo and Serbs in Serbia, there is no obvious reason for conflicts. Or...?

However, the situation is not as simple as it seems on the ground. Even if I disregard for just a moment what I personally think on ethnical borders and land (people) swap, I cannot actually do that coming from multiethnical Vojvodina. This idea would have great repercussions for Europe, but more importantly for the whole already fragile region of Kosovo and Serbia itself.

First, if a land swap is acceptable idea for us, then it would be for the others a well, right? What would happen with Albanians in Macedonia? Would they want to stay its citizens? Or what would happen to Ukraine or Bosnia and Herzegovina? Republika Srpska already gravitates towards Serbia and there were attempts to start a conversation on changing the Dayton Agreement. Land swap would, consequently, open many old and even more new wounds.

Secondly, it would represent a great issue for Serbia, Kosovo and their citizens. How can Serbia swap territories with a country which it doesn’t recognize? Would that also mean that Kosovo can get a seat in the UN? Or not? However, the question of all questions is yet to come: What would happen to the rest of the Serbs? Not all Serbs are living in Kosovo, living in those 5 municipalities that would have been ’traded’. What about monasteries? Would the land swap solve a problem or open many more issues?

In the end, it is all about people and putting people’s lives as priorities. The reason why Albanians in south Serbia do not have books in their mother tongue is not because they live in Serbia instead of Kosovo, but because Serbia does not take care of all citizens the way it is supposed too. The same goes for problems that Serbs have in Kosovo, such as using their constitutional right – their own language.

I am cheering for a peaceful solution, but not through dangerous and non-predictable ’border corrections’. The whole of this idea just re-directs us from actually solving the most important issues and serves politicians to stay in power as long as it is possible.

Previous article Macedonia in front of a historic decision: Referendum 2018 Next article Hungary’s Growing Relationship with the Turkic World

Alisa Kockar holds a Bachelor degree in Political Science – International Affairs and she is currently finishing her MA studies in International Security at the Faculty of Political Sciences in Belgrade. She actively promotes the dialogue Pristina – Belgrade, as a member of Alumnae Network of Dialogue Academy for Young Women, and works as an International Cooperation and Communication Coordinator at Society for Academic Development. Since 2016, Alisa is a member of the municipal assembly of Zrenjanin.