Slovakia ahead of the vote

Home Blog (en) Slovakia ahead of the vote 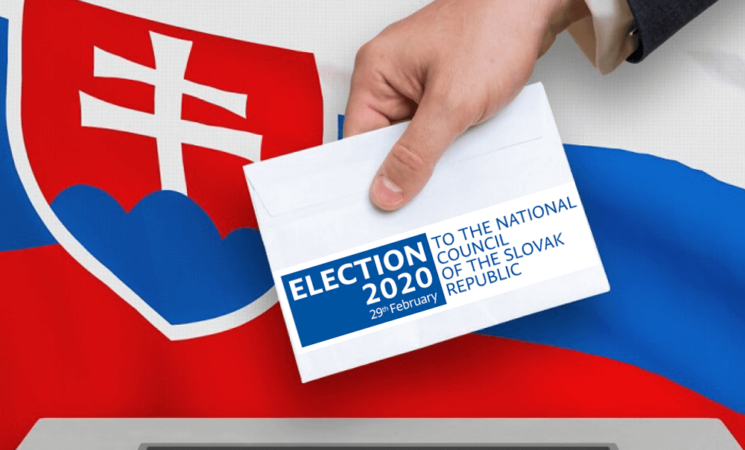 Today, on 29 February 2020, Slovak citizens will cast their ballots to renew the 150 members in the National Council which will afterwards elect a new premier. Slovak will have the opportunity to vote until 22:00 and the first exit polls will be available soon after.

Today will be a decisive vote that will mark the future of Slovakia’s politics. The political campaign has been characterised by 25 parties whose only 8 should be able to pass the electoral threshold, making the political scenario fragmented and divided between the liberal values and the forces tending towards an illiberal democracy and nationalism. Moreover, opposition parties do not have an agreement so far, to form an alternative government and it has been widely discussed how uncertainty will characterise the Latest polls have showed how the party of Robert Fico, SMER, after Jan Kuciak’s murder, has experienced a drop in public support but will still remain the largest party, Similarly, the party  SNS and Most–Híd coalised with SMER will not even able to reach the threshold.

The final opinion poll ahead of tomorrow’s election, show the rise of the conservative and populist party (15.5%) followed by neo-fascist party LSNS led by Kotleba (10.35%).

According to the statistics, the protagonists of the presidential and European Parliament elections, the liberal party Progresivne Slovensko together with Spolu, are not still a reality, because would be able to secure only the 9.4% of votes.

According the researcher Merheim-Eyre, “Slovak elections may not only redefine the country’s politics but may have a big impact on its security and defence priorities – and broader geostrategic orientation.”

Only a coalition composed of the parties from the democratic opposition will avoid that the “black hole with its political, geostrategic and moral implications, may once again appear in the heart of Europe”.