People's memories from the years of the Socialist regime in Bulgaria 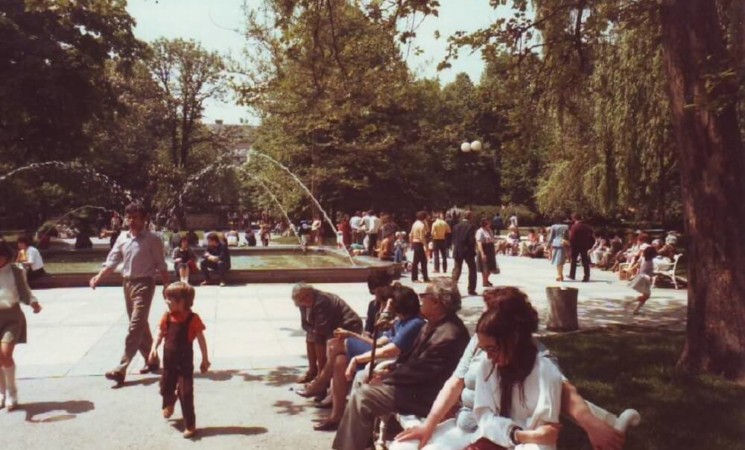 Todor Zhivkov is a phenomenon for Bulgaria, a political figure that ruled the country for 33 years (1856-1989). The head of the Bulgarian Communist Party, he introduced the Socialist regime to the Bulgarian people.

However, many facts can be found out on the Internet about his political career, decisions and laws. Yet, there is nothing like a first-person tale or an intimate memory of an eyewitness.

Here is what people remember from the years of the Socialist regime in Bulgaria:

“I remember meeting my friends at a local pub, drinking, having fun and every day it would close at one and the same time 9:30pm. That’s the time when everyone had to go home. I would walk nearly 2 kilometers to my house and I could see at least 3 police cars on the way. People were feeling very safe and the crime rates were probably the lowest ones Bulgaria ever knew.”

“I remember wanting to buy a car. There were only two options: Moskvich or Lada. I put my money in the bank so that they are sure I do not spend it and had to wait for 15 years to be able to own a car. I was not allowed to choose it but they gave me whatever was imported from Russia. A friend of mine was very fond of the color red. She wanted a red car. She had to wait for 5 more years before she got it.”

“I was a kid back then. I remember Friday nights I was so excited to watch TV. It was the only time of the week we could watch something different from Russian TV series and movies. We did not have many programs to choose from. Only Channel 1 and 2.”

“I remember everyone had a job back then. Even if you did not work, the government would find you a job and make you work. It was a good thing. Nowadays, it is quite difficult to find a job sometimes. The most common jobs were in factories. We all had holidays, we were paid for by the government. We had those coupons that allowed us to go to the seaside or to the mountains and pay less for accommodation and food. Also, the government paid for our health insurance, it was not deducted from our salaries. No matter what type of surgery you needed, or how much time you had to stay in hospital, it was all for free.”

“I recall the voting system. It was a ridiculous one. We were all obliged to go vote. They would write “VOTED” on our passports. If someone could not do it, they would face some sort of a punishment. The funny part is we only had two parties to choose from: Bulgarian Communist Party or Bulgarian Agricultural People’s Union. Of course, at the end the results would be 99% for BCP. The whole procedure of voting was quite useless.”

“I remember the concentration camp in Belene (located in Northern Bulgaria). There, the government would send all the opponents of BCP together with all the criminals. I have heard terrible stories about that place. Luckily, I do not know personally anyone who was sent there. People would be tortured or made to work till death, underfed and cold. Or the government would simply kill them if they saw someone as a threat.”

“I remember Fatherland Front (a political organization that was under the control of BCP). In the neighborhood there would always be that one snitch who would report us if we did something wrong, or if we expressed inobedience and resentment towards the system. No one liked those people. I would like to add that no one had proof that these people were scammers but we all knew it somehow.”

“I remember the people. We were all equal. Everyone had his or her job, his or her own family to look after. There was no competition because we were all being exposed to one and the same opportunities. You knew you had real friends then, people you could ask for favors and who would come freely at your house to visit you. Nowadays, people are cold. No one comes without invitation. People are afraid to ask for favors because they will feel like they will always owe you something, help does not come from the heart anymore.”

“It’s funny but I remember the citrus fruit on Christmas. It was so rare to buy oranges or bananas. There would such long lines at the markets of people waiting to buy fruit or cake. Now I love Coca-Cola! I cannot imagine how I have lived without it back then!”

“Honestly speaking, I was a bad kid when I was younger. I was late for school, I was ditching classes. In seventh grade, my application was denied in the Komsomol (communist youth movement). All of the students, members of the Komsomol were following some sort of etiquette, they had to be perfect in everything, the teachers always liked them. I never regretted being denied, because I was not like the others. Yet, it hurt me that all the teachers and parents would look down to me. Later, I could not become a soldier in the barracks. Instead, I had to work as a road constructor. And, you know, it was a matter of dignity to become a soldier. Women did not fancy road builders much.”

“My husband went to work in the Komi Republic. Usually people would be able to choose between Komi or Libya. Mostly, doctors would go to Libya and the work in Komi was connected to logging and woodworking. My husband stayed there for 2 years. The town was mostly populated with Bulgarians. I went to visit him with our daughter who was 2 years and a half back then. We missed him. I stayed there for 6 months and then we all came back to Bulgaria. It was tough time for us, but we needed the money.”

Previous article China in the Balkans – Part 1: Bosnia and Herzegovina Next article An Overview of the Relations between Albania, Kosovo and Serbia