Opinion: The incident of Kacifas - a scream between the borders

Home Blog (en) Opinion: The incident of Kacifas – a scream between the borders 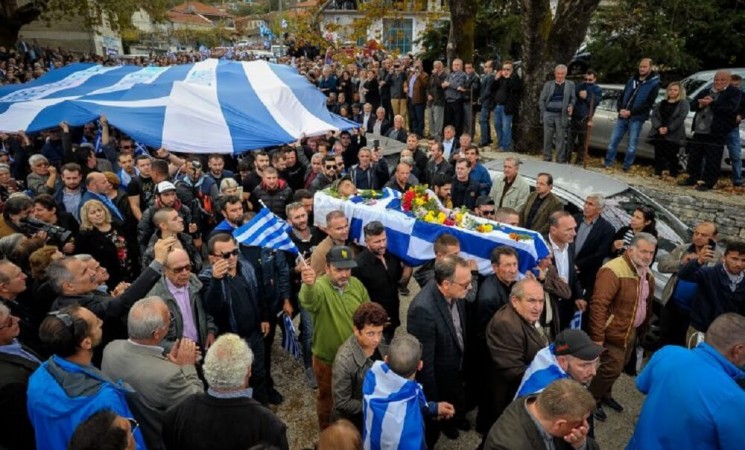 In the end of October 2018, the incident of the murder of the Greek Albanian citizen Kostandinos Kacifas in Bularat, Albania, brought to the surface, the hidden tension which co-exists between the neighboring countries Albania and Greece. The beginning of this incident was a shooting from Kacifas at a police car, the same day the village was celebrating a Greek holiday, commemorating the beginning of the Italo-Greek war in 1940. Unfortunately, this symbolic day turned to be an act of violence by Kacifas, ending with his murder from an Albanian police officer. “Kacifas was shooting several times with a Kalashnikov in unclear direction, but did not intend to kill anyone”, declared the villagers.

What profile did Kostandinos Kacifas have? Did he really merit to be considered a hero? Kostandinos Kacifas was born in the village Bularat, in Gjirokastra, Albania. Earlier in 2009, Kacifas was arrested by the Greek police for transporting narcotic substances and for being a member of a criminal organization. Recently, he rather lived more often in Athens than in Bularat. He was considered as a radical Greek extremist, who has already planned the attack against the police before October 28.

Moreover, he planned to message both Tsipras and Rama about the resistance of Greeks in the south of Albania. Kacifa's Facebook profile is full of threatening messages against the Albanians. Before the accident, he was well equipped with weapons, he kept pushing the gun and never responded to the call of police to surrender. He was a citizen who attempted to provoke tension and panic in respective countries and should not be considered as a hero neither for Albanians nor for Greeks.

A few days later after the accident, protests provoked by the extremist Greek party Golden Dawn, with a racist slogan against Albanian, began by burning the Albanian flag in the streets of Athens. Furthermore, the Cyprus EU deputy Eleni Theocharous, considered a moral issue to upgrade this situation to the European Union and reflect it to the membership of Albania in the future. Based on these facts and the circumstances of the Kacifa`s murder, will it be a moral issue to consider a criminal as a hero, and influence the diplomatic relations of the neighbor countries in a negative perspective? What is the value added of condemning the destiny of a country which for centuries has fought for the rights, independence and has suffered from discrimination? Is the position of EU deputy irrational and not based on the real facts of the situation?

These questions have only one answer: The Albanian and Greeks must respect their rights and borders for a peaceful co-existence under the European Union umbrella, and not use a criminal record or extremist actor as the future of the diplomatic situations and political crisis across borders.