From Nightclubs to Military: Conscription for Military Service in Ukraine

Home Blog (en) From Nightclubs to Military: Conscription for Military Service in Ukraine 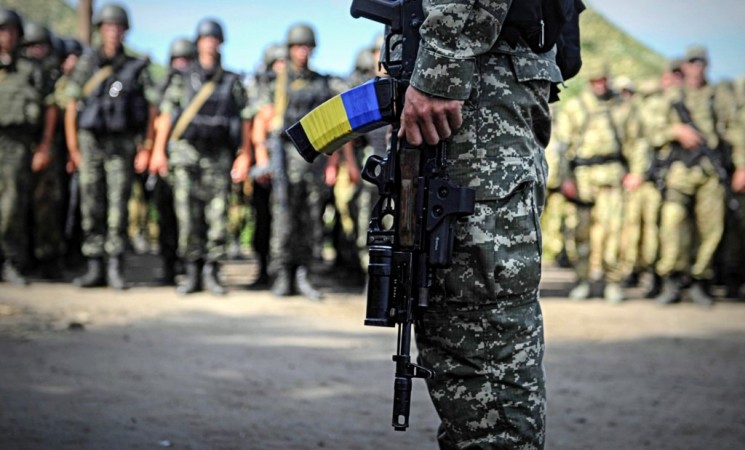 War in Donbas (or to be more precise the antiterrorist operation), an armed conflict in the Donbas region of Ukraine against Russian aggression, lasts for more than three years so far. Obviously, the military forces need constant recruitment to be able to keep the operation ongoing and to be sure that there are enough well-prepared people in case of mobilization or intensification of the conflict.

However, the current wave of the conscription for military service showed some serious drawbacks such as police and military raids to the nightclubs in two major cities of Ukraine, Kyiv and Lviv, during last month. What was the aim? It is still disputable. What are the results? More than fifty men were taken illegally to the recruiting stations. To understand the situation better it is necessary to look first at its legal dimension. So how should the system of conscription work according to the Ukrainian law?

Considering the last changes made to the law “On Military Duty and Military Service” men between 20 and 27 years must be obligatory called for timely military service or for contract-based military service. In short, every man should serve between 12 and 18 month in military in order to obtain required skills, knowledge and preparation. After this period, he is free to decide whether to end the service or to continue serving in military by signing a contract. It is clear that in case of mobilization there is no choice left.[1] Fortunately, there were no waves of mobilization since October last year.

Those who choose to continue their military service might be relocated to the Donbas region, the actual battlefield of the antiterrorist operation. That is why it is important to note that those who have served their obligatory 12-18 months cannot be displaced to the zone of military activity if they choose to end their service.[2]

Of course, the desire to serve in military is not inherent in people. And this is understandable. So what happens with those who want to escape from the duty? First, we should keep in mind that each man should register themselves in the recruiting station at the age of 18. When they turn 20, they receive a notice from the service saying that they have reached the age of conscription and should start their military service (of course, after a series of certain examinations). At this point, a man might ignore the notice and not show up at the recruiting station. If that is the case, he will need to pay a fine. Repeated evasion leads to a bigger fine. Finally, after the third time a person receives a warning about possible detention for the evasion from the military duty and, if the warning is ignored as well, person risks to be detained for up to 3 years.[3]

Overall, as it can be seen from above, no one can be taken by force to the recruiting station because it breaks tens of law’s articles. Moreover, it is completely unconstitutional. So how can actions of Ukrainian military and police in Kyiv’s club “Jugendhub” and Lviv’v club “Paradox” be justified? What has really happened and why?

More about this in the next article “From Nightclubs to Military: Are Men Safe in Public Places in Ukraine?”

Source of the picture: http://ua.today/news/politics/genshtab-nazval-sroki-demobilizacii-voennyh-shestoi-volny

Bohdana Korohod studied Humanities/International Studies at the Leiden University in the Netherlands and has additionally done an internship in communications at the Ministry of Finance of Ukraine. Currently, she studies Political Science at the Kyiv-Mohyla Academy in Ukraine.