From Nightclubs to Military: Are Men Safe in Public Places in Ukraine?

Home Blog (en) From Nightclubs to Military: Are Men Safe in Public Places in Ukraine? 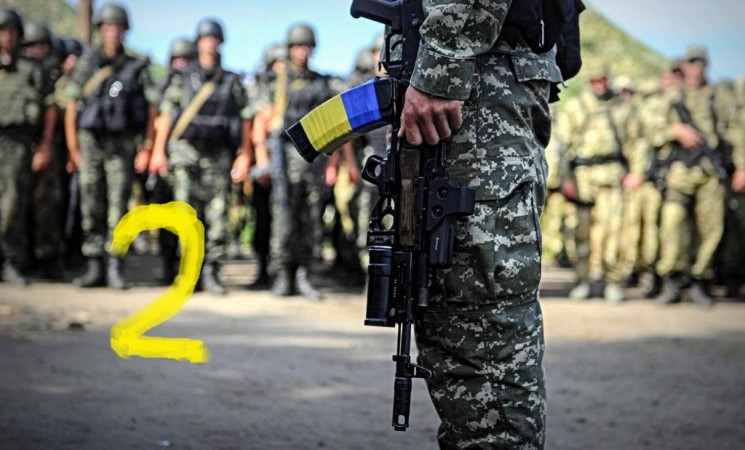 Recruitment for the military service in Ukraine is on its peak. Twice a year, in autumn and spring, men are obliged to show up in recruitment centers in order to be allowed to continue their civic activity or to start their military duty. This autumn’s conscription has started on October 2nd and will last till November 30th.[1] Eight days before the end of the conscription’s wave, on November 22nd, the Cabinet of Ministers of Ukraine issued a new order that increases the number of citizens who are subject to conscription for regular military service from 10460 to 12460 people.[2] The reasons for such a change are unclear since the current wave of conscription has already shown some serious drawbacks which might be regarded as recruitment services being not able to reach the needed number of draftees. On October 28th and on November 3rd there have been raids on a nightclub and a party district in Kyiv and Lviv.[3],[4] About 60 young men were accused of having evaded army service and thus were taken (illegally) to military enlistment offices in both cities. Does it mean that it is no longer safe to be out even if you do not break any laws?

On October 28th in one of the Kyiv’s nightclubs, Jugendhub, the representatives of the National Police of Ukraine and other people in military uniform without any marks of recognition stormed the club at about 2 AM during the party. The venue itself was cordoned off so that to intercept club’s guests from leaving the building. Jugendhub’s co-founder Anastasiia Spyrydenko said, “They [military and police] started to turn out our pockets, beat the visitors and check all men for evasion of military service and some guys were taken away”.[5] “They beat people completely without reason—everyone was frightened and did not resist at all. Police used excessive physical strength, there were blood stains on the floor. Personal belongings, equipment [and] clothes were stolen.”[6] The police said that the search in the club was “sanctioned”, and the facility was operating without appropriate permissions and “is in an emergency”. They say that the search was conducted after repeated complaints from the neighbors. Moreover, they opened a criminal proceeding under an article on the organization of places for the illicit use, production or manufacture of drugs.[7] According to these last statements, the police’s search in the club can be justified. However, no proper order was issued, no order that allowed police representatives to search visitors’ private belongings existed, not to mention the abuse of power and the use of physical force. Even the so-called “draft dodgers” could not have been taken to the recruitment centers since the procedure of dealing with them involves concrete steps that do not include the right of police or military services to take men to military enlistment offices by force.[8]

Not surprisingly that this situation caused mass outrage in social media and complete confusion among people because of unclearness of the reasons of that raid. The confusion started to disappear when the similar situation occurred on the other part of Ukraine in less than a week. “Early on Nov. 4, around 20 military officers blocked Kryva Lypa Lane in downtown Lviv, a popular nighttime entertainment spot among the city’s young people. They asked all the young men eligible for conscription to show their documents. According to student Sophia Halan‎, who saw the incident, the police released only those who had identifying documents or a valid student ID”.[9] The military officers also wanted to enter the club Paradox for the search, however, this time they did not manage to do so since the club guards did not allow them to enter the private property. “In contrast to the incident at Kyiv’s Jugendhub, where the police said on Oct. 28 they had detained 17 people in possession of drugs and another 32 people who were allegedly evading the draft, all of those detained in Lviv were quickly released”.[10] Interestingly, while military service claims the cooperation with the police, Sergei Knyazev, head of the National Police of Ukraine, says, "Unreasonable military copies write that they are using the police for recruiting the army... Similar statements are a hostile provocation. The police never intervene in the affairs of the army forces”.[11]

It is still hard to say why these events happened, the cases are still under investigation and there is no clear date when the results will be available. However, the assumption that a certain tactics might be behind the military’s actions during the wave of conscription seems to be reasonable. On November 30th the last conscription in 2017 will finish and probably the situation will find it outcomes and general atmosphere in cities will become more stable and secure.

[7] “Representative of the Ombudsman on Jugendhub: Several articles of the Constitution have been violated”, BBC Ukraine. http://www.bbc.com/ukrainian/news-41796601

[8] From Nightclubs to Military: Conscription for Military Service in Ukraine

[11] “Conscription in Ukrainian style: from the night club to the army”, BBC Ukraine. http://www.bbc.com/ukrainian/features-41996809

Bohdana Korohod studied Humanities/International Studies at the Leiden University in the Netherlands and has additionally done an internship in communications at the Ministry of Finance of Ukraine. Currently, she studies Political Science at the Kyiv-Mohyla Academy in Ukraine.