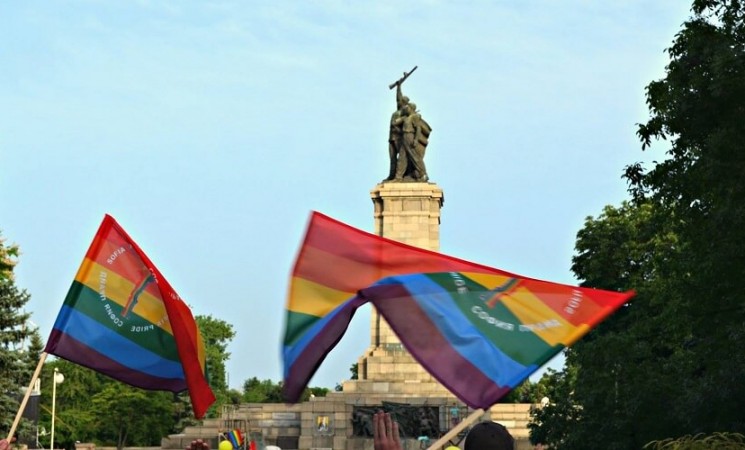 At one of the sessions of the European Parliament, the Bulgarian MEP, Angel Dzhambazki, had a controversial speech about the LGBT communities. He opposes the countries of the European Union that are in support of Lesbian, Gay, Bisexual and Transgender communities. His reasons are that the awareness that is being created in societies has reached the point of being “propaganda”. He dislikes the fact that the traditional family is being disrupted by letting couples of the same sex adopt children. He also says that if one day he became the Mayor of Sofia, he would forbid the Sofia Pride, a peaceful parade dedicated to the LGBT society.

In my opinion, Angel Dzhambazki does not express himself in the right way and his ideas sound radical. I am a supporter of equality and I believe that everyone should have the same rights and the same opportunities within the society. If people were born having preferences for the same gender that they belong to, it should not take away their right to raise a child, for instance. The Sofia Pride, on the other hand, gives them an opportunity to create awareness, to fight for their equality and to show the world they are no different than any other person.

However, I also believe that there is difference between simply creating awareness and teaching people to accept the LGBT community and that of imposing the values of the LGBT society on people as propaganda. Recently, it is becoming trendy to be “different”, to stand out. There is this idea to educate children in primary schools about the sexual orientation of people and that it may vary. However, it is a dangerous zone to talk to little children about such topics because they are still not formed as personalities. They might not know what their own preferences are. In puberty every teenagers goes through transformation, where they are trying different things and finding who they are. If they are exposed too early to such topics, their opinion can be very easily influenced. And here, I am talking about all types of sexual orientations: heterosexuality, homosexuality or bisexuality. Kids should have the freedom to make their own choices.

I support creating awareness, equal rights and opportunities for everyone, regardless of sex, sexual orientation, age, religion, etc. I believe couples of the same sex should be allowed to marry and to be able to adopt children. They should be allowed to have their own parade, clubs and events because this unites them and helps them overcome the fear of feeling different or isolated. People of the 21st century are becoming more and more open about topics on sexual preferences and are more likely to accept the differences between people. However, there is a thin line between informing and influencing little kids whose personalities are not yet defined. Such sensitive and controversial topics should not be taught at schools.