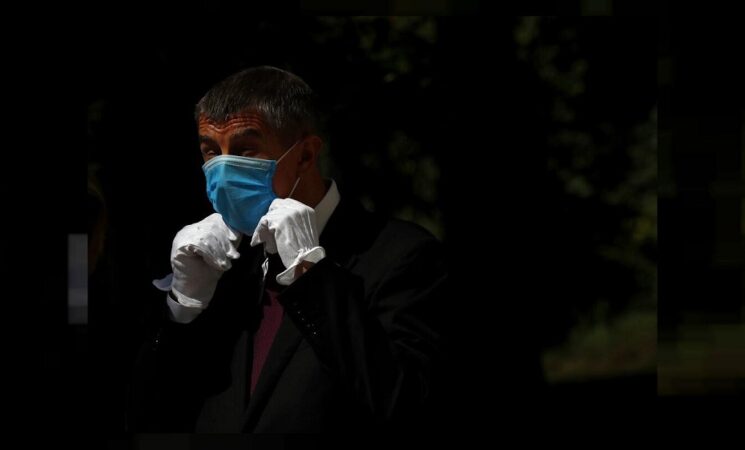 The Czech Republic back in March was deemed one of the best responders in the world to the coronavirus as they enacted a state of emergency and intensive quarantine measures almost immediately. The Czech Republic was able to contain it within a few months which vastly contrasts from the current response now in the second wave.

Why? Why, is an interesting question that doesn't really make sense to those paying attention closely. The leadership here in the Czech Republic has made it clear it is prioritizing the economic state of the country which has led some to suspect that the first lockdown had nothing to do with prevention and safety in the face of the coronavirus, but everything to do with the intent to create a positive image in hopes for being a future winner and place of tourism when things got better.

That was achieved. The Czech Republic was held up in American politics and media and around Europe as being a good example of what to do and it became a destination for tourism after the first wave. But that came at a price. Now, the lack of response - or more accurately, the policy of no response at all - has created a situation fraught with uncertainty and peril.

As of October 4th, there were 3,493 new cases, and a 30-day state of emergency occurred again on Monday, October 5th. Although it is much different than the one before, it's more of a title than it is actually a real change. Of course, there are restrictive measures again but as of now, these measures will not change much of the day to day life. It's more of a halfway intervention.

This comes after a record case high on September 18th with 3123 new cases, over all making the Czech Republic the third worst place in Europe for COVID-19. This isn't the example the government originally aimed for. It's no longer their priority, they are just trying to stay afloat and coast.

According to Our World in Data, the Czech Republic has the most confirmed cases per million in the world at 205, even worse than the United States. As the worst place in Central Europe, you would expect people to be fearful here of where it's headed, but instead there have been protests against mask usage and an overall mood of people taking it very lightly despite this last month from August there being a huge spike in deaths and a 3% hospitalization rate.

People are either experiencing COVID-19 very harshly or they are sitting by, trying to act like it doesn't exist, in hopes to carry on as normal. Because of the first wave and the mandatory quarantine, people think they have done the necessary hard work and have gotten through the hard times and now they believe they don't have to do it again. That's a dangerous way to view a pandemic. It doesn't end when you feel like it. It doesn't get easier when you feel like it. It's only over when there is a vaccine. It ends when everyone has a vaccine but despite these Czech borders opened prematurely and have stayed open since, even though the Czech Republic has been red-listed as other countries warn their citizens that tourism here may bring contagion.

So, that idea of opening up before everyone else actually backfired, and now the repercussions have begun to set in. Europe as a whole opened up too quickly, says Martin McKee, a professor of European public health at the London School of Hygiene and Tropical Medicine. “There was a great deal of optimism when cases were coming down. But we were only containing it with severe restrictions. As soon as you open up the people, you open up the virus to spread.”

Previous article Many Belarusians are dissatisfied with 26 years of Lukashenka’s regime Next article Beyond Constructive Ambiguity: How to Stop Worrying and Love the Association/Community of Serbian Municipalities