The incident involving flight FR4978 Athens – Vilnius with Roman Protasevich, 26-year-old opposition journalist onboard, who was detained upon arrival in Minsk last Sunday shook up the whole world adding turbulence to European politics and became one of the key issues discussed during the recent EU summit. A number of European leaders raised their concerns regarding the situation, condemned Belarusian authorities, and resorted to harsh rhetoric against Alexander Lukashenka’s regime. Belarus has again appeared at the center of global attention.

One of the first to react to the interception of the flight with mostly European citizens onboard was Prime Minister of Poland Mateusz Morawiecki who called the incident ‘an unprecedented act of state terrorism’ and promised to add this issue alongside new sanctions to the agenda of the EU summit that was slated for Monday[1]. Moreover, Polish Prosecutor General ordered an investigation into the forced landing of the aircraft, which is registered in Poland[2]. Other European leaders also readily stated their reaction. President of the European Commission Ursula von der Leyen tweeted that such a behavior of the Belarusian regime was outrageous and illegal, warned further consequences, and called for the immediate release of Roman Protasevich[3]. President of Lithuania Gitanas Nauseda echoed her opinion[4]. German Chancellor Angela Merkel advocated for a unified European reaction in line with the statement of French Foreign Minister Jean-Yves Le Drian[5][6]. The United States and Great Britain followed the suit condemning the scandalous move by Belarus[7][8].

On a par with that, NATO Secretary General Jens Stoltenberg called for an investigation into the ‘forcible landing’[9]. The International Civil Aviation Organization (ICAO) also expressed concerns over the situation[10].

Russia, the closest ally of Belarus, meanwhile reacted with an ironic statement highlighting Moscow found ‘shocking’ that the West called the incident ‘shocking’. Maria Zakharova, the spokeswoman for the Russian Foreign Ministry, pointed out a similar situation with the airplane of Bolivian President Evo Morales which was forced to land by European states on suspicions of having Edward Snowden aboard[11].

Initially, Belarus blamed the Palestinian movement Hamas for a false bomb threat[12]. Hamas itself rejected such accusations and denied its involvement[13]. German Chancellor, Angela Merkel, called Belarus’ reasoning implausible[14]. Currently, Belarusian President Alexander Lukashenka maintains that the message with the bomb alert was received from Switzerland[15]. He also claims a terrorist was present on board of the Ryanair flight and implied that Roman Protasevich along his partner had links to foreign special services[16].

The Incident in a Nutshell

May 23rd, the airplane from Athens, Greece, bound for Vilnius, the capital of Lithuania, was forced to land in Minsk by Belarusian authorities because of an alleged bomb threat right before crossing the Lithuanian border. It was followed by a MiG-29 of the Belarusian Air Force. After a long stopover, no explosives were discovered and almost all the passengers continued the flight to Vilnius[17]. However, for five of them, including Roman Protasevich, ex-editor of opposition news outlet NEXTA, and his partner Sofia Sapega, 23-year-old Russian citizen, Minsk remained their last destination. Currently, Protasevich and Sapega are in detention by local authorities[18].

Telegram channels NEXTA and NEXTA Live that were run by Protasevich gained popularity last year after the August presidential election in Belarus and subsequent protests, which sparked over the largely disputed victory of Alexander Lukashenka. NEXTA is known for providing information on the protests and exposing police brutality in suppressing demonstrations. The Telegram channels, which have a combined audience of around two million readers, were labelled ‘extremist’ and blocked within Belarus. Meanwhile, Protasevich who has lived in exile abroad alongside another co-founder of NEXTA Stepan Putilo were accused of inciting mass unrest and placed on the list of ‘individuals involved in terrorist activity’. Both of them can face up to 15 years in prison[19].

After the 2020 presidential election, Lukashenka’s regime intensified crackdowns on opposition many leaders of which, including Svetlana Tikhanovskaya[20], were forced to leave the country or cease their activities.

At the same time, local and international media organizations have also become a persistent target of the regime. In March, several Polish journalists faced arrests and detentions in Belarus amid diplomatic tensions between the two states[21].

Furthermore, Belarusian authorities took down one of the most popular independent news portals in the country Tyt.by for publishing some ‘prohibited information’. The portal’s staff faced arrests over tax fraud allegations as well[22][23].

The already grave state of free journalism in Belarus was further exacerbated by the recent change in legislation that bans the media from covering protests in real-time. What is more, the amended law allows the government to shut down news outlets without a court’s approval and prohibits publishing opinion polls unauthorized by state authorities[24].

EU: from Words to Action

Before the summit of the EU Council, European leaders’ rhetoric towards the Belarusian regime regarding the interception of the Ryanair flight included calls for concerted actions and increased pressure. However, what options did the EU have to discipline the authoritarian regime whose behavior, as the recent events have shown, puts at risk lives of its citizens and foreign nationals?

Ursula von der Leyen’s statement given prior to the EU summit sheds some light on available countermeasures[25]. First, the EU Commission President pointed out sanctions as the most frequently used tool of political coercion. She stated that potential sanctions would target individuals involved in orchestrating the incident, companies financing the Belarusian regime, and the country’s aviation sector. Second, Ursula von der Leyen indicated Europe’s will to provide financial aid to Belarus in the case it democratizes, which can remain a bargaining chip when it comes to a new wave of protests in the country.

Consequently, leaders of European states after consulting behind closed doors decided on Monday to turn their rhetoric into concrete steps. Europe agreed to impose new sanctions on the Belarusian regime, requested EU airlines to refrain from flying over Belarus, and banned Belarusian carriers from entering European air space[26]. A large number of major European airlines already suspended flights to Belarus[27]. Considering the ongoing revitalization of the aviation industry amid the COVID-19 pandemic, cutting off access to key foreign destinations represents a hard blow for Belavia, the national airline of Belarus.

The further expansion of sanctions might target key sectors of the Belarusian economy, such as the potash fertilizer and oil industry, as well as commercial relations with neighboring countries[28]. However, the details on the sanctions plan are still to be revealed.

Since last year’s protests in Belarus, the EU has introduced three sanctions packages consisting of asset freezes and entry bans to Europe on around 90 individuals in Belarus, including Lukashenka[29]. The fourth package was under discussion since the beginning of the year and it was no surprise for the regime.

One explanation for Alexander Lukashenka to resort to a personal vendetta with Protasevich right before the EU summit would be either perceived ineffectiveness of previous sanctions or loss of interest in Belarus on part of Europe[30]. On the other hand, since the Belarusian elites had already been sanctioned it might have appeared to them that there is not much to lose from even further isolationism. Noteworthy, this trend can potentially turn the Belarusian public against the EU meanwhile pushing Belarus towards deeper cooperation with its eastern ally, Russia[31]. Nevertheless, if this set of countermeasures is viewed solely as a response to the interception of the Ryanair flight the current reaction of the EU appears adequate but its effectiveness as a means of promoting political change within the country is still to be tested[32].

By A. Sokolin|2021-05-27T09:01:46+02:0028. May 2021|Categories: Articles, Report|Tags: Belarus, Eastern Europe, European Policy, Relations with the EU|Comments Off on Turbulence over Europe: EU Sides Youth against Belarusian Regime 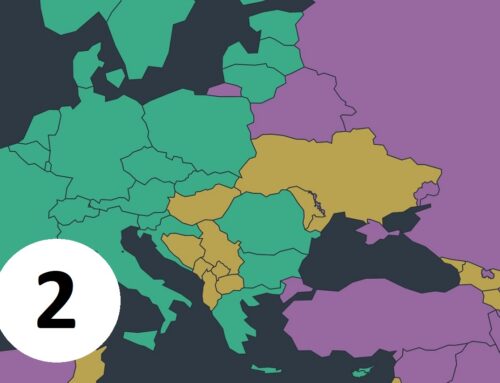 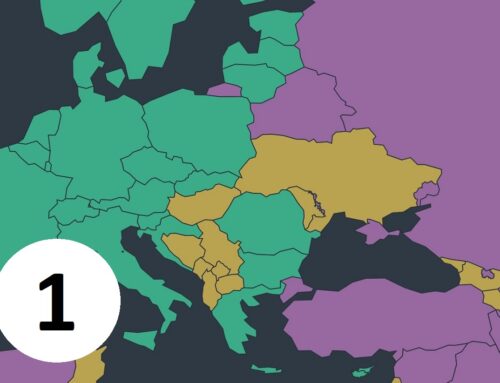 Democracy in MOSO states – an overview 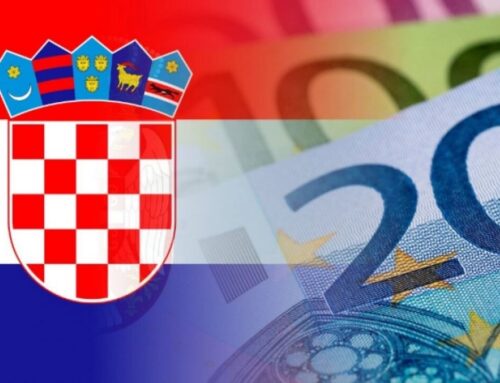 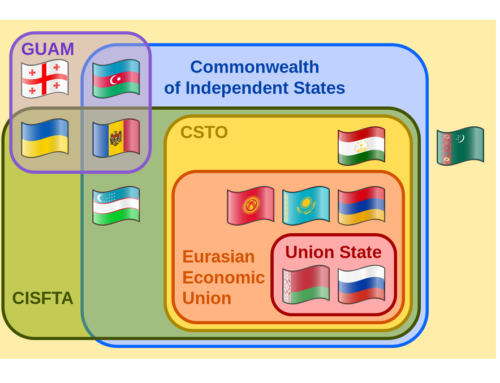 Belarus and its regional cooperations Gallery

Belarus and its regional cooperations