COVID-19 and the general situation in Albania and Kosovo 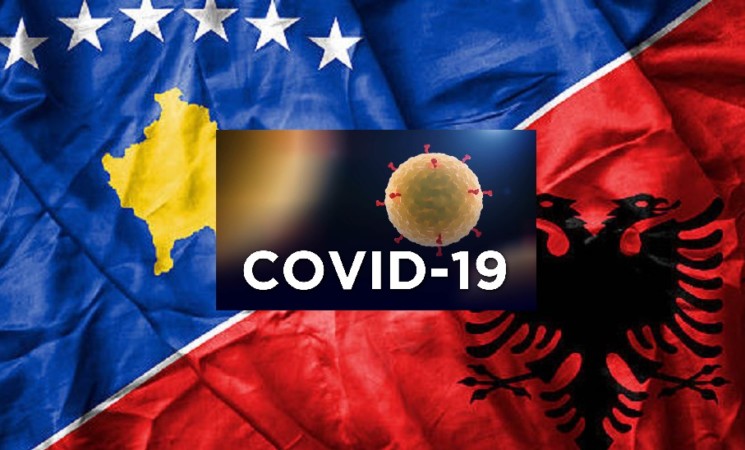 After World Health Organization (WHO) declared COVID-19 a pandemic, the political developments in the country have been mainly dominated by news regarding the virus and the measures taken by government to handle the situation.

As by 24th of March, the number of infected people with COVID-19 in Albania has reached 123. By so far, the number of victims has risen to 5 and 10 patients have recovered. The map of the cities affected by COVID-19 includes Tirana, Durres, Lezha, Has, Korca and Fier.

Currently, the country is in lockdown, after government passed an emergency package legislation. Schools, universities, mosques, churches, bars and restaurants have been shut down, while supermarkets and pharmacies are opened only during certain hours.

Furthermore, public transportation, ferries and flights are suspended while land borders are closed. Government has declared to impose fines up to 83.000 Euros for violations for all the ones that do not obey and violate the measures proposed by government to encounter the spread of the coronavirus.

On the other hand, European Union has declared that will offer 50 million Euros in aid to Albania, out of which 4 million will go for medical equipment, 11 million for social protection and 35 million for economic recovery.

Beside all this about COVID-19, there is actually another topic in the Albanian headlines. Following the meeting of Council of European Union on 24th of March, the member countries of European Union decided unanimously in favor to open accession negotiations with Albania and North Macedonia. This is considered as a historical day, as this is a big step toward becoming an EU member.

While the developments in the region and Europe have been mainly dominated by news regarding the measures taken by governments to fight COVID-19, Kosovo’s political arena has been dominated by political dramas.

The parties of governing coalition in Kosovo showed different opinions regarding the abolishment of tariff regime toward Serbia applied by former government. The party of Prime Minister Albin Kurti, Self-determination (Vetvendosje) claimed that the tariff regime would be abolished after the principle of full reciprocity is applied. Full reciprocity means that Serbia must honor the agreements that have already been signed throughout Brussels Dialogue. While the other member of coalition, Democratic League of Kosovo (LDK) claimed that tariff regime would be abolished within days or weeks in order not to block the dialogue with Serbia. On the other hand, the international partners including European Union and the United States suggested the immediate abolishment of tariff regime. As a result, the tariff regime was removed only on the raw materials coming from Serbia.

Beside this, the COVID-19 also influences the headlines in Kosovo. By so far, Kosovo has confirmed more than 61 cases of infected people with Coronavirus. The land borders of the country are closed and flights are suspended. This urged the Prime Minister to take measures that involved restricting the public or private gathering and prohibiting movement of citizens during certain hours. These measures were not supported by the other party of the coalition LDK or by the President. President Hashim Thaci, claimed that these measures were a clear violation of Constitution of Kosovo. He pointed out that these kind of measures should be taken under state of emergency and that can only be declared by the President and ratified by the Assembly of Kosovo.

Moreover, the Minister of Internal Affairs and Public Administration who at the same time is deputy leader of LDK was dismissed after not supporting the measures taken by the Prime minister but supporting President’s proposal for declaring state of emergency. After that LDK initiated a no-confidence motion that was also supported by the opposition parties.

The motion of non-confidence was passed on 25th of March with 82 votes in favor. Despite the international calls for more responsibility at a time of pandemics, the government led by Albin Kurti was overthrown. The speaker of the Parliament, Vjosa Osmani, a member of LDK voted against the motion. The actual government will be temporarily in the office until the next step is figured out.

Previous article Slovakia ahead of the vote Next article A March full of events in the Western Balkans: Lessons from Kosovo’s Government crisis!