From Estonia to e-Estonia 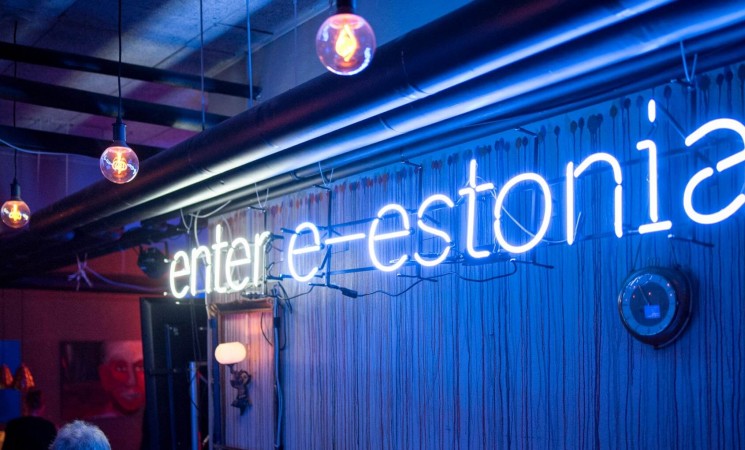 When Estonia restored its independence in 1991 after the collapse of the Soviet Union, it had to reboot from zero. It was left with feeble infrastructure, shaky identity and a need to build up its own economy and new administration. With the capacity of just 1.3 million people and very limited resources, it realised quickly it needed to innovate in order to increase its functional size and thrive. The solution lied in information technology (IT) and building a digital society.

Today, Estonia is leading the digitisation of public services. Citizens of this small Baltic nation have created a paperless system where they can conduct almost every encounter with the state online – they can vote online in elections, sign documents digitally as digital signatures have legally equal weight with handwritten ones, file taxes online within minutes, access their health records online, pick up prescriptions at the pharmacy using their ID-card, and the eKool (e-school) system allows parents and student to see grades, homework assignments, and attendance online1. Furthermore, digitisation has helped the country to become a start-up hub and a friendly environment for foreign businesses. For example, businesses can be registered online in less than 20 minutes and since 2014, foreigners can apply for e-residency that is a digital residency mainly aimed towards location-independent entrepreneurs who want to, for example, operate in the EU single market but not necessary be physically located in it (2, 3). Overall, digitisation has brought extensive benefits for both the regular citizens as well as entrepreneurs – it has saved them money, time, and hassle.

Estonia is currently holding the Presidency of the Council of the European Union for the first time and one of its ambitions has been to realise the benefits of a digital society for every European. For example, it has aimed to expand the EU’s four freedoms—the movement of goods, services, capital and people across borders—to include a free movement of data (4). As the IT and communications technology have become the backbone of modern innovative economic systems, it is understandable why the European member states need to keep up with technological developments and use their potential to the fullest. However, the success story of Estonia might not be easily replicated in other member states.

Digital society requires significant amount of trust from the citizens in order to allow the government to access their personal data. Secondly, digital society also makes the government actions more trackable, meaning the government must be willing to be transparent. Such trustful relationship can be considered strange for many countries where, on the one hand, people are more sceptical about allowing the government to handle their data, and on the other hand, the government might be less willing to be that transparent. We see that the problem does not lie in technology, but in mind-set, policies, and legislation. Many “old” European countries are still very set in traditional ways and thus less willing to accept all the benefits of a digital age – for example, in some countries people still use bank cheques which no Estonian has ever used. As such, the question arises - which factors are responsible for the success of Estonian digital society.

Both the size and the lack of “old traditional ways” should be considered when answering this question. Firstly, it is easier to control and operate a small country of only 1.3 million people than a country with a population of millions. This means that building an e-government and data security is thus also easier, cheaper, and faster in such country. Secondly, and even more importantly, the fact that Estonia had to build a completely new administration and economic system after the restoration of independence favoured the development of e-services even more. What I mean by this is that Estonia did not have to incorporate or transform the “old traditional ways”, but instead people were pushed to get online fast. The development of a digital society started with small but determined steps, which gradually got more sophisticated and eventually led to a digital society Estonia is today (5). Moreover, as the development of a digital society requires higher state transparency, it is likely that the e-services have also positively affected the level of corruption in Estonia. Namely, according to the Corruption Perception Index 2016, Estonia is the least corrupt country among the Eastern European and post-Soviet states, and 22nd in the world (6). Such benefits encourage Estonia to keep focusing on the development of its IT-sector.

The support for e-services has also remained strong despite some challenges. For example, when Estonia fought a large-scale governmental cyber-attack from Russia in 2007, the situation was handled successfully and it even encouraged NATO to bring its cyber-security headquarters to Estonia, thus contributing to Estonian IT-sector even more. Moreover, Estonia has decided to open the world’s first data embassy in Luxembourg that will house an entire backup of government data. It will have the same sovereign rights as a regular embassy but in case of a cyber-attack or any other existential crisis, it will be able to reboot the country remotely and keep digital authentication and authorisation services operational (7). Finally, even when a theoretical security flaw was discovered in the chip of the digital identity card which could have affected ca. 750 000 cards, Estonia chose to be fully transparent about the situation and instead of replacing the cards, it solved the issue by using the potential of its IT sector. It is quite likely that every innovative digital system can fail from time to time, but when it happens, it should not destroy the fundamentals. Done properly, digitisation can actually increase both the state and personal security.

It is understandable that Estonian example cannot be transferred directly to other countries as most of the European states are much bigger than Estonia, and transforming the existing systems is more challenging than building a new one. But even if the European member states are not ready to follow the Estonian example yet, one thing is certain – Estonia will not go back to paper era.