Historical Figures in Bulgaria | Stefan Stambolov and Petko Karavelov: As Different as Similar 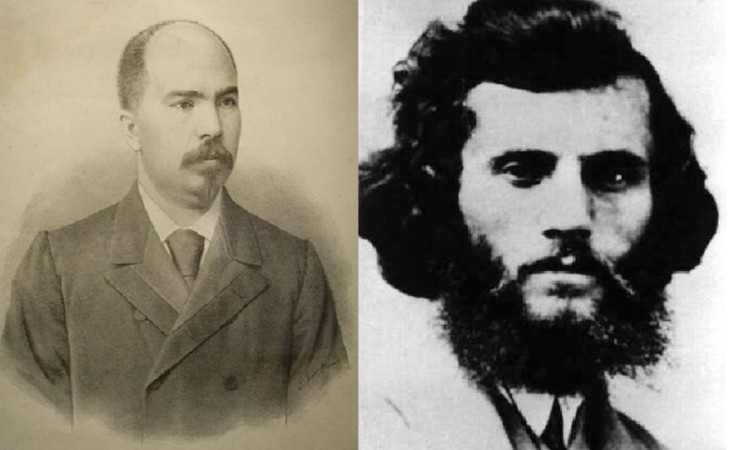 Stefan Stambolov was born on the 12th of February, 1854 in Tarnovo. He is a revolutionist, politician and one of the statesmen who built the foundation of modern Bulgaria. He is one of the most significant political figures for Bulgaria. He begins his political career at the young but mature age of 25. As a member of the Liberal Party he also becomes a Member of Parliament and a Deputy Speaker of the Second National Assembly, despite not being old enough.

Stambolov has a great intelligence and is known to be a very contradictory individual due to his determined but at the same time extreme views. He is a politician that ruled the country as a Prime Minister from 1887 to 1894 and this period was given the name Stambolovism. During this time Bulgaria builds its economic ties and is transformed into an industrial and modern country. Stefan Stambolov issues laws that protect the domestic production as well as the private sector. He takes a brave move towards modernization based on the Western European style and refuses to make the Bulgarian policy dependent on the Russian requirements. During the rule of Stambolov railways that connected Sofia and Vienna, and Burgas-Istanbul were built. He modernizes the Bulgarian army, develops the mining and the light industry.

The reason why he is such a contradictory politician is because of the measures he takes against his opposition. He imposes an authoritarian regime and gives himself even more rights than earned by Constitution. He uses the judicial system in his favor and uses violence against the opposing parties or people who are pro-Russians. On the 27th of March 1891 there had been a try to assassinate Stefan Stambolov that was unsuccessful. Since then he takes further measures to insure his safety and also starts to persecute the Church which refuses to recognize the current Prince of Bulgaria since he was never recognized by Russia either.

Stefan Stambolov used to be one of the most prosperous politicians due to the innovations he introduced to Bulgaria, the help he provided for the private sector, the novelties in transportation and the economic growth he achieved. Yet, in order to be Great, one has to face the challenges and the disagreement from others. Stefan Stambolov was cruel to his opponents and he rules the country with a firm hand. He was killed in 1895 after he resigned.

Petko Karavelov was born on 5th of April, 1843 in Koprivshtitsa, a town in which many of the Revival figures were born. After the Liberation of Bulgaria from the Ottomans, he participated in the drafting of the Constitution of Turnovo with many of his ideas embedded in it. Even in those early years of political activity, Petko Karavelov’s ability to show prospective thinking and not to seek temporary but long-lasting results was evident.

He is another politician, like Stefan Stambolov, who started to build the bases of modernized Bulgaria. Karavelov was deeply convinced that Bulgaria could learn and gain a lot from the ideas of the French Revolution, according to which the Bulgarian citizens would have more rights and freedom. Also, most of his ideas are a combination between Modern Europe and the Revival.

He was one of the leaders of the radical wing of the Liberal Party. Karavelov was also a Prime Minister of Bulgaria four times because of his distinctive leadership features. Petko Karavelov was against the recognition of Prince Ferdinand when Stambolov proposed his candidacy. With this act Karavelov was blamed by Stambolov for the assassination in 1891 and put in prison for 5 years. After the period of Stambolovism, Karavelov gets out of prison and establishes the Democratic Party.

Petko Karavelov was regarded as one of the stewards of Bulgarian financial stability. In the first years after the Liberation he introduced the National Bank Act which made the Bulgarian National Bank  a state credit institution. His rule was also associated with the establishment of the Bureau of Statistics in 1880, as well as with the Supreme Court of Auditors. He also cared about the environment and fought for the conservation of forests. In fact, P. Karavelov is thought to be one of the few native politicians who had not stolen a penny for himself and has not used his post for personal gains.

These two prominent politicians are very different from each other regarding their way of ruling and understandings. However, they are both similar as it comes to the determination, foresight and perseverance by which they transformed Bulgaria into a modernized and thriving country.

Previous article Amid The New and the Same Old: Diplomatic tensions between Romania and Hungary Next article The new East-West divide? Why are CEE countries experiencing lower numbers of coronavirus deaths and infections